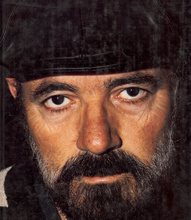 TAKIS (VASSILAKIS) was born in 1925 in Athens. Preferring, as a matter of principle, to teach himself rather study in a institution, he left Greece in 1954 and lived as a citizen of the world, travelling through Europe and the USA. Despite this, he never severed his links with the country of his birth. Starting in 1946, from his earliest years as a sculptor, Takis was interested in natural phenomena: stones moulded by time and river water, hte unexpected shapes taken by exploding metals. He regarded them as sculpture. Some of his earliestvmanifestations consisted of explosions carried out in open places. From 1954 to 1959 he lived in Paris, the Cote d’ Azur and London. In 1955 he exhibited sculptures in the round at the Hanover Gallery, London, and the Galerie Furstenberg, Paris. His first Signals date from 1954: they were rods consisting of piano wires which created musical vibrations as they stuck against each other in the wind. In fact they constituted the first appearance in his work and in contemporary art history of a form of musical expression in which sounds are called forth in a unprogrammed way, owing to the action of natural forces.

Takis is the inventor par excellence of artistic expression based on the functional exlpoitation of the laws of nature. His Signals went on to be exhibited at he Hannover Gallery in 1958, while in 1959 presented his first telemagnetic sculptures at the Galerie Iris Clert. These consisted of very simple material items, a magnet and a needle: the latter is attracted by the former, and remains poised in the air, held by a thread. From this time onwards, telemagnetic sculpture formed the basis of Takis aesthetic expression, and the antechamber to his musical sculpture. At the same period another form of energy – light – began to fascinate the artist. In Telelumieres he invited the public to watch the operation of an electromagnet: mercury cathode lamps, formed in a variety of shapes, were connected to electromagnets whose functioning caused variations in the intesity of the light. Thus, in 1960 he presented his Flying man in which, the human body is kept hanging in mid-air by magnet at the Galerie Iris Clert. Three years later, a musical work of his, entitled Sound of the Void and shown at the exhibition For the eye and the ear in New York, presented for the first time the repetition concept of Takis music, which constitutes an original and substantial part of his work.

Takis’ musical sculptures are based on the simple concept of using magnetic waves caused by electricity as a means to activate repeated musical sounds: the latter are to be heard every time a needle strikes a string, when attracted by a magnet. In 1965 these musical sculptures went on show at the Alexandre Iolas Galleries in Paris and New York. In the following year thousands of viewers heard the repetition concept of Takis’ music or the first time at Berkeley University. Since then his work has been shown at other important centres, as well as in London and New York: at the Howard Wise Gallery in New York in 1967, 1969 and 1970, the Massachusetts Institute of Technology in 1969, the Centre national d’ art contemporain in Paris in 1972, the Hanover Kunstverein in 1974, and Documenta 6 in Kassel in 1977. Since then Takis has shown his work at important one-artist exhibitions, including those at the Paris Municipal Museum of modern Art (ARC 2, 1978) and the Centre Pompidou (Paris 1981-82). He won the Grand Prize at the Paris New Biennale in 1985. In 1993 a retrospective of his work has been held at the Jeu de Paume Gallery Paris, and at the Factory Athens Arts workshop in 1995. Takis is the originator of this new approach to the musicality of sound, which consists in laying bare the repetitious structure of musical form and its functional derivation. Thus he rejects the symbolism of represantation. As an artist he seeks a natural origin for the construction of sound, and in particular that origin which is furthest removed from the artist’s arbitrary decision.

For about forty years now, it has been Takis’s purpose to investigate language as a natural function, conceiving function as a form of work. Furthermore, he has broken down the frontiers between sculpture and music in a number of pieces which can only be read by identifying their functionalism as structured units, with their morphological, visual and acoustic aspects. From the 1980’s onwards he began to produce works on a large scale; his interest turned to the creation of extensive installations and sculptures in both interior and open spaces. He also became interested in the structuring of the urban landscapes. Most of the works of this kind were produced in France. An illustrative example would be the installation of a real forest of numerious Signs in the Place de la Defence in Paris (1984-87), the original and imaginative illumination of the Arc de Triophe at the same period, the transformation of the aquaduct at Beauvais into a musical tower with a network of vertical metallic strings, in 1992, and his design for the layout of a subway station in Toulouse in 1993. Always inventive and versatile, he did not confine his activities to sculpture and space design. In 1973 he created the sets for the ballet Eleusis at the Netherlands National Festival.

He collaborated with the director Costa Gavras on the soundtrack of the film Section Speciale and designed the sets for Michalis Kakoyiannis’ production of Electra in 1983. In 1988 in Athens he exhibited a series of designs for jewelry. Takis’ non-morphological inquiries have continued through succesive rejections of represantationalism; his method and the acoustic sensations which it calls forth retain their austerity. These are the features which place his invention among the most important achievements of contemporary, post-World War II art. His work stands forth, with maximum clarity, as a simple piece of information, devoid of all reference to external facts. No other concept is put forward, except for the one which is contained in the physical structure of the language of music, which is seen to be none other that the logic of the senses in all its extreme austerity. 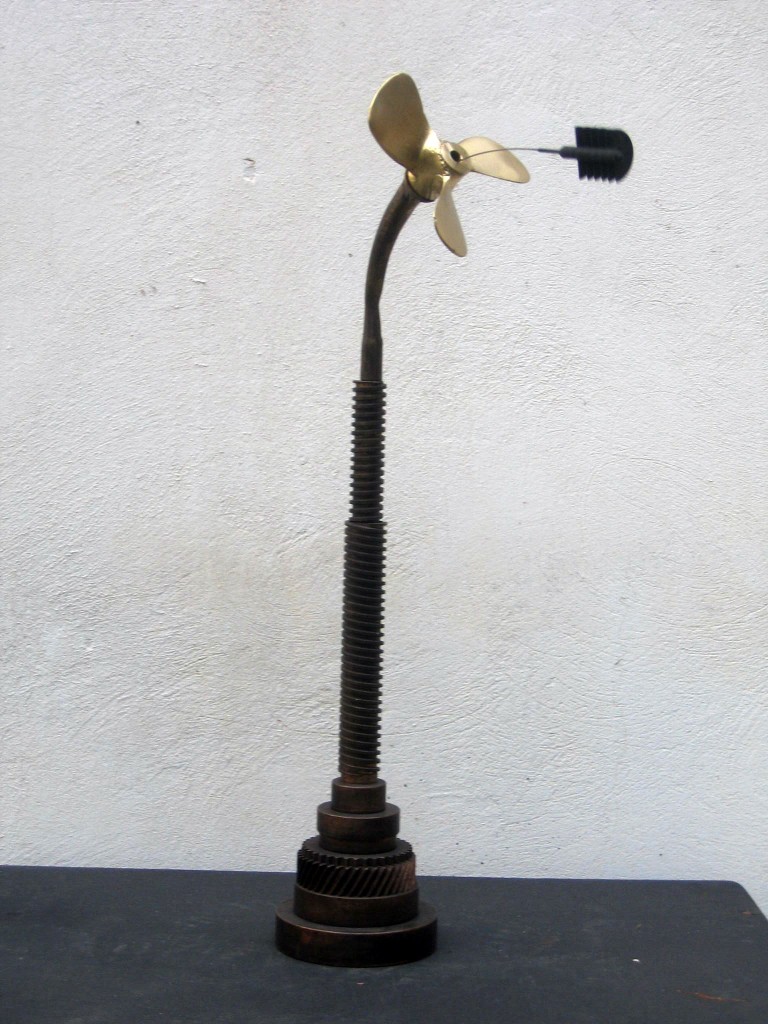 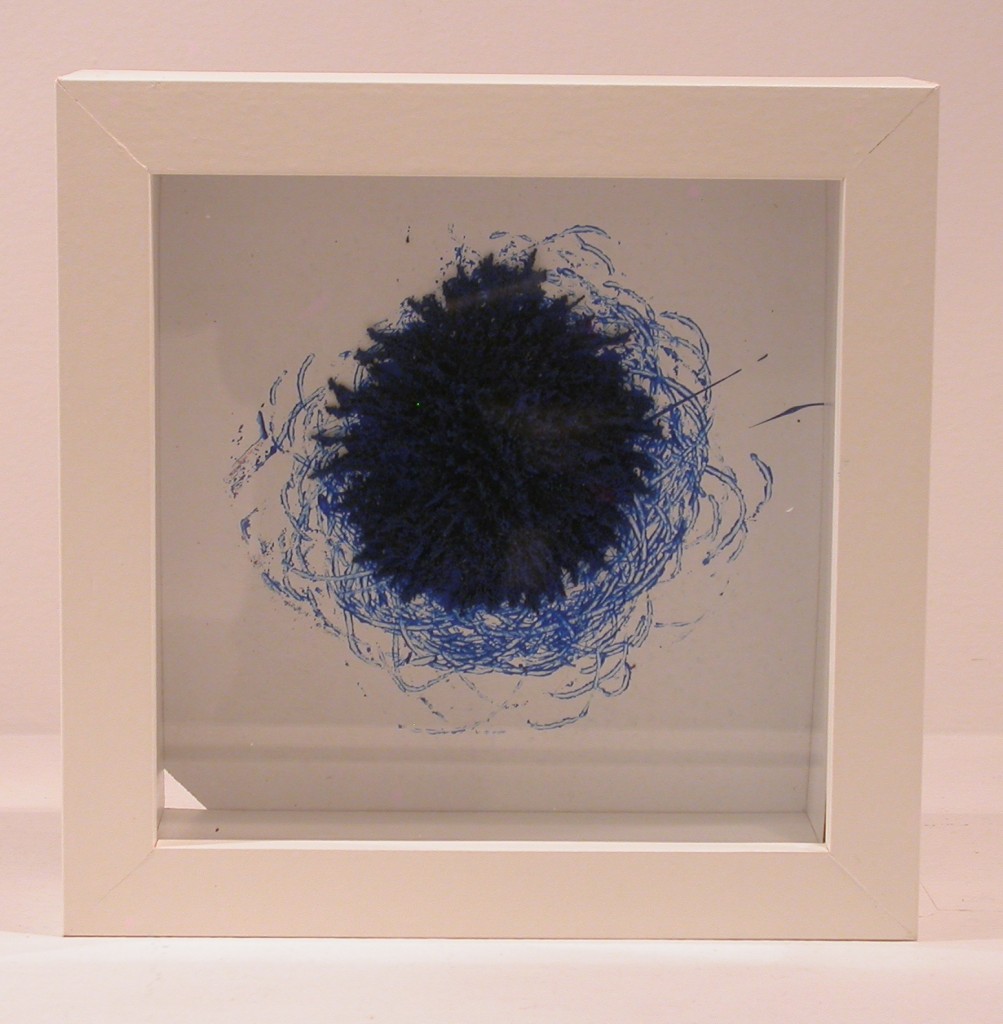 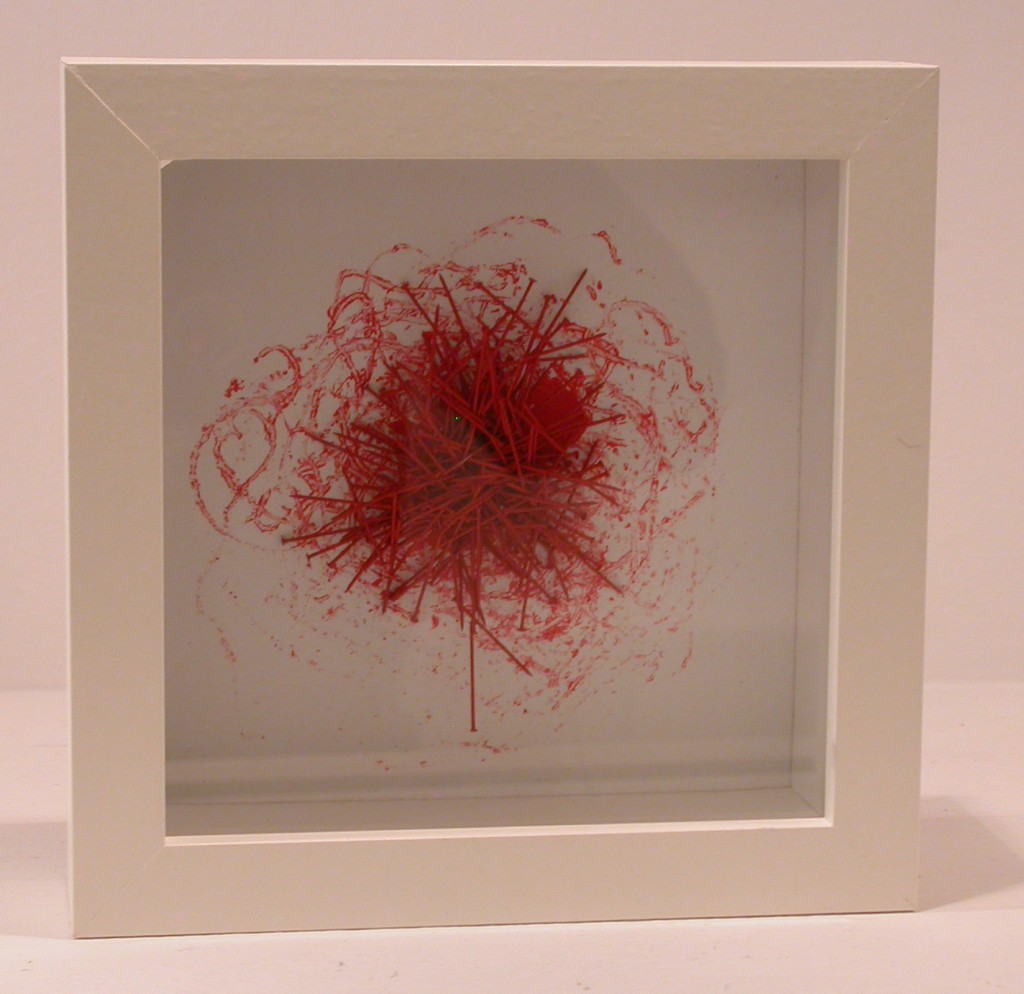 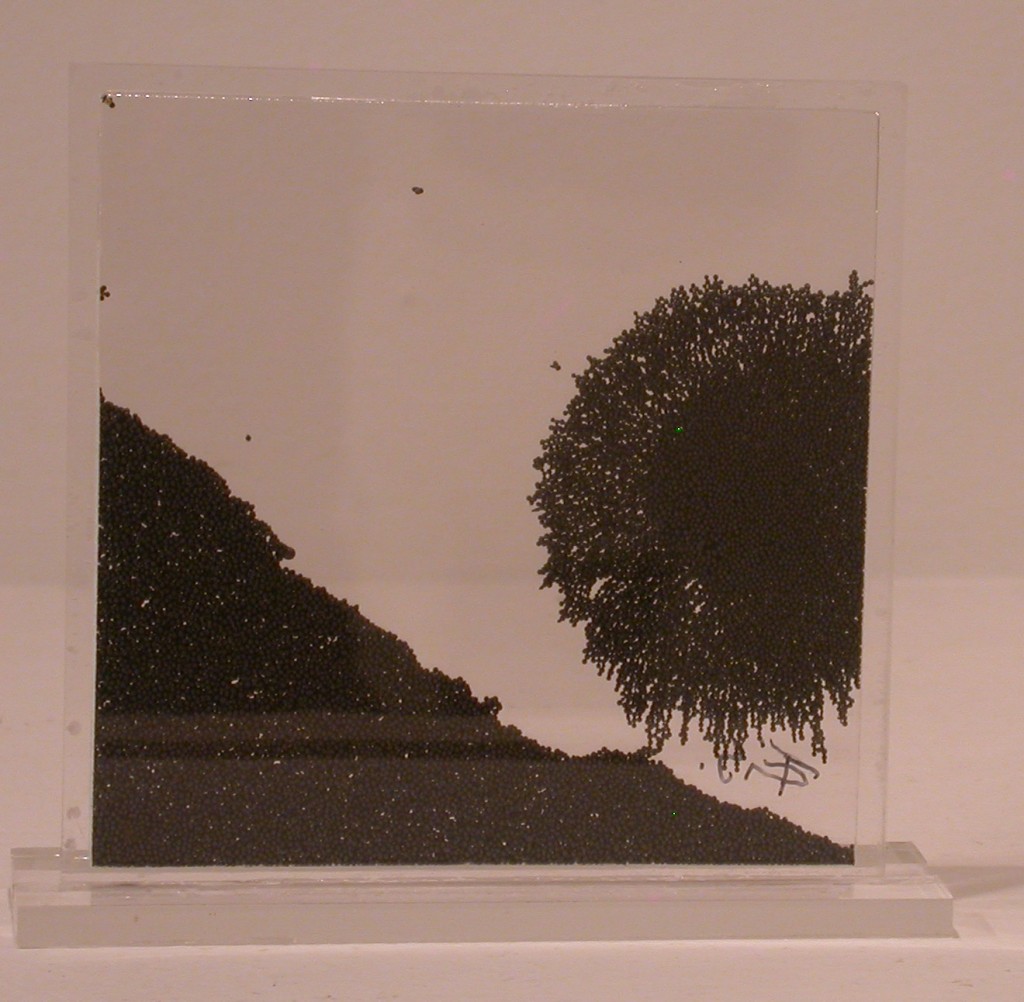 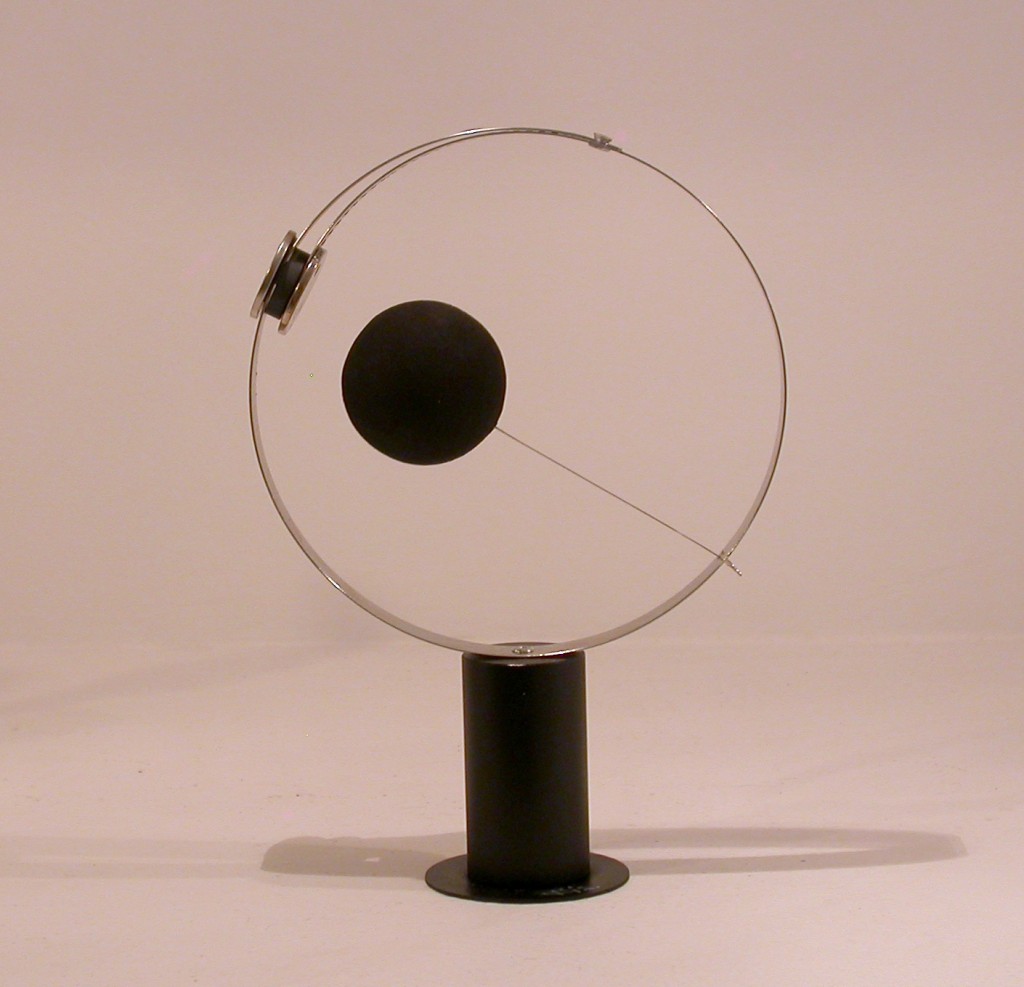 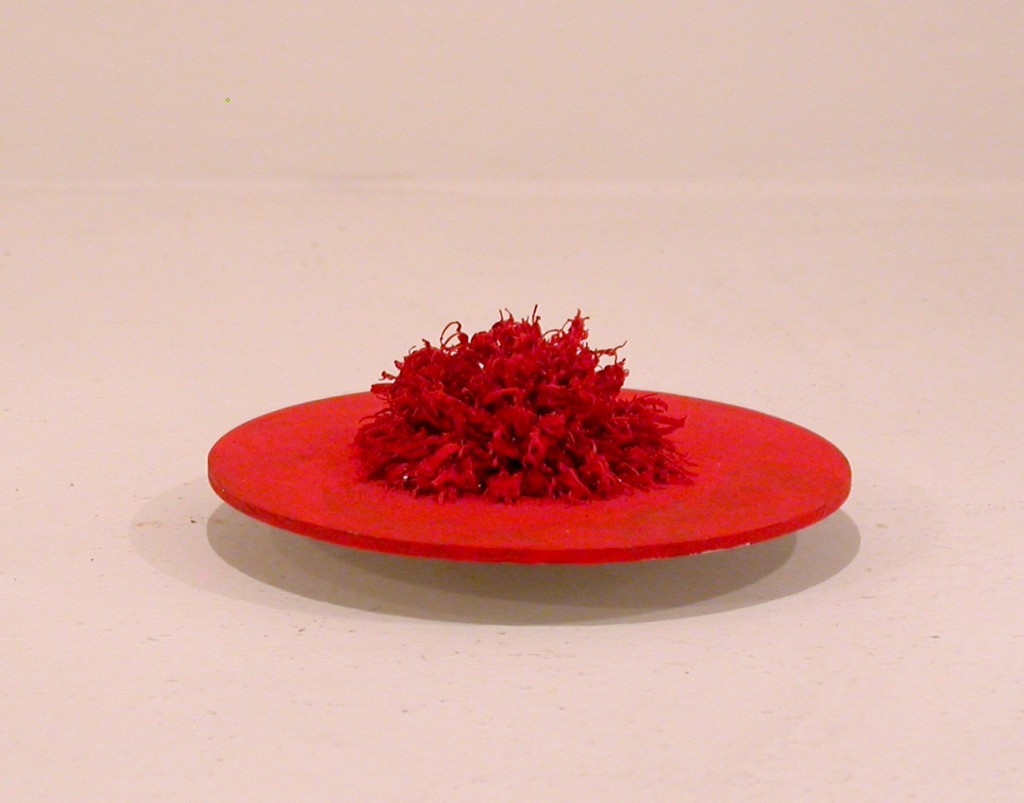 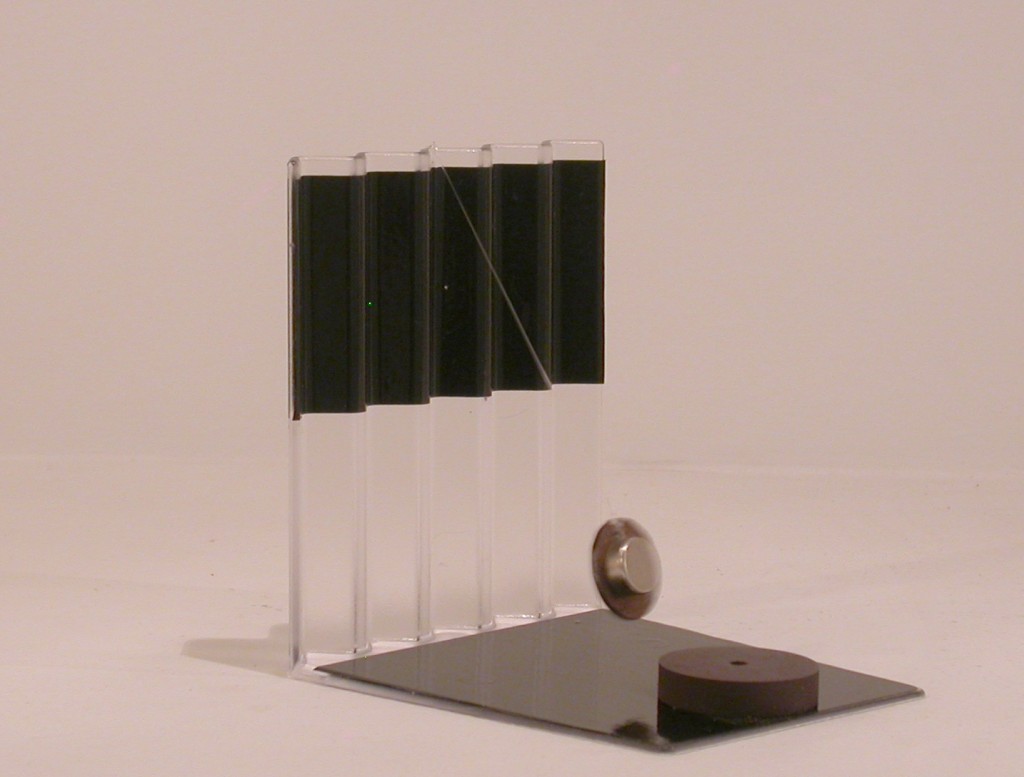 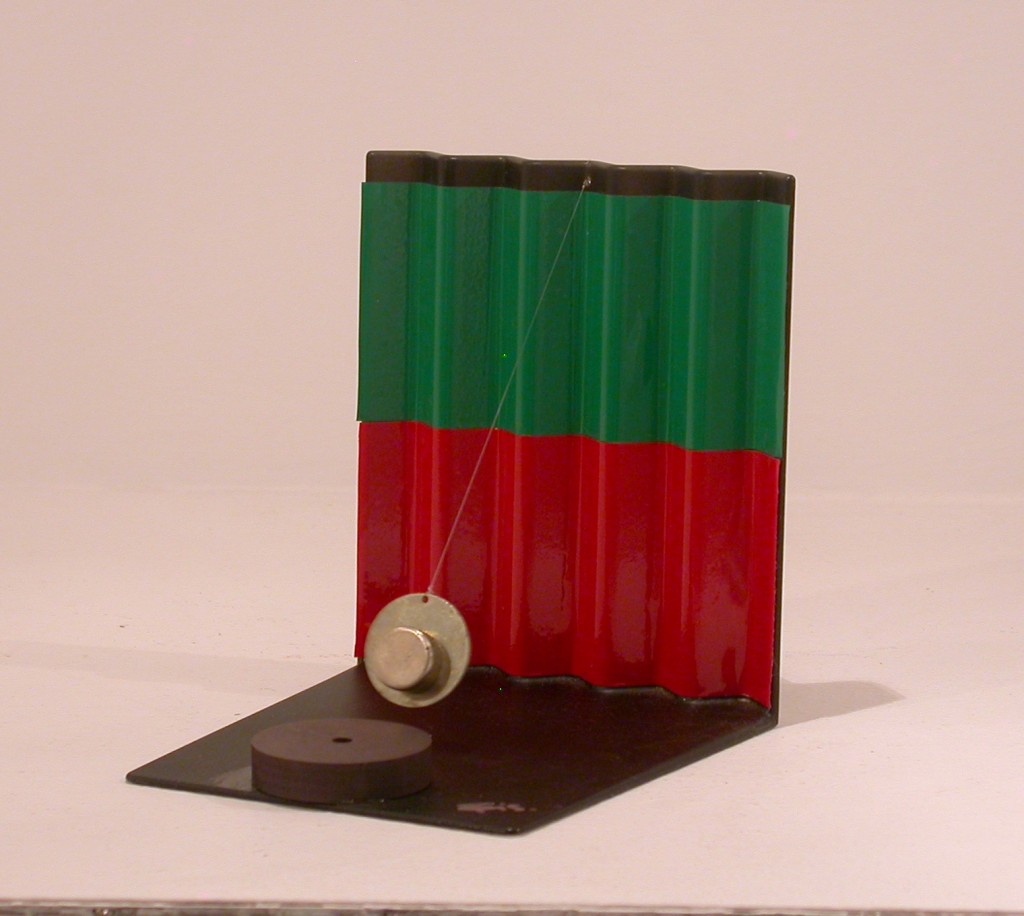