On Saturday March 9th is the last day of Ioulia’s Ventikou exhibition and we are expecting you at Medusa from 11:00 to 15:00 for a glass of wine and a memory game…

“Light and shade, drawing and rhythm, white and black are the distinguishing features in the personal style of Ioulia Ventikou. Her latest work, under the title “Circles”, comprises two sets.
The first set is made up of large-scale oil paintings. The subjects—everyday scenes, figures and familiar objects—are positioned in the centre of canvas and illuminated with a strong, circular, almost theatrical light. The light expands the objects, elevating them into symbols and belying their perishable nature.
The second set of “Circles” is the series of “The Thirty Moons”. These are 30 renderings of a full lunar circle between two full moons, from the 2nd to the 31st of August, 2012. The final outcome, a sort of artistic moon calendar executed with ink on aquarelle paper, was based on dozens of drawings and notes recorded at different moments in different locations.
Centring upon the concept of time and its circles, as well as on the feeling of how ephemeral existence is, Ioulia Ventikou attempts to capture the fleeting beauty of the moment.

Ioulia Ventikou studied painting at the Athens School of Fine Arts under Nikos Kessanlis. She is a member of the RODA theatre group since 1993. She has presented her work in numerous group exhibitions in Greece and abroad. This is her third solo exhibition. 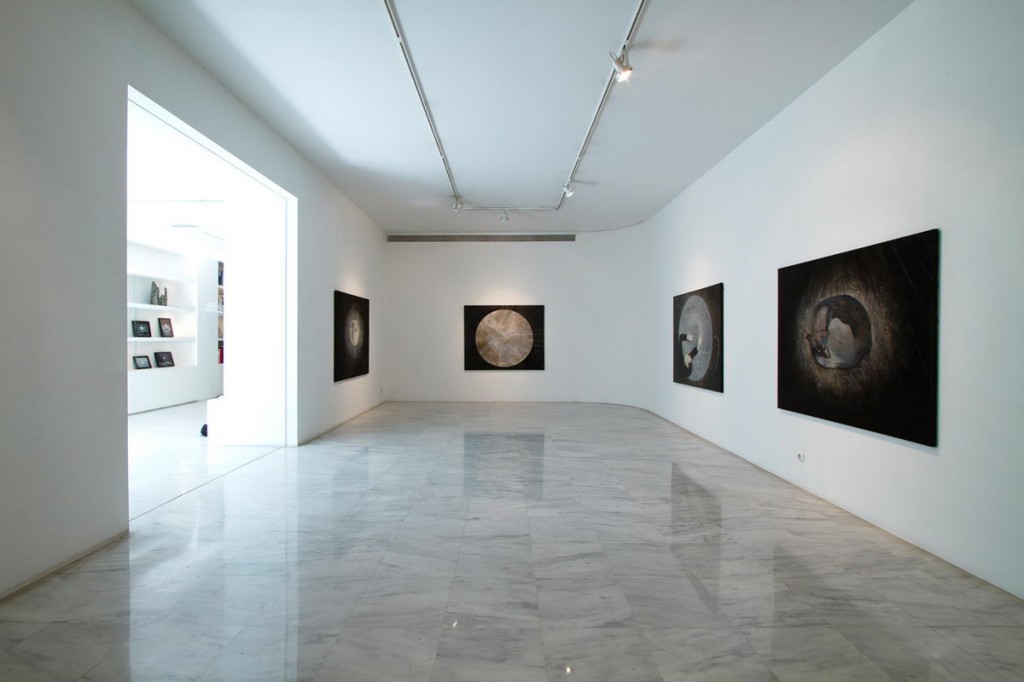 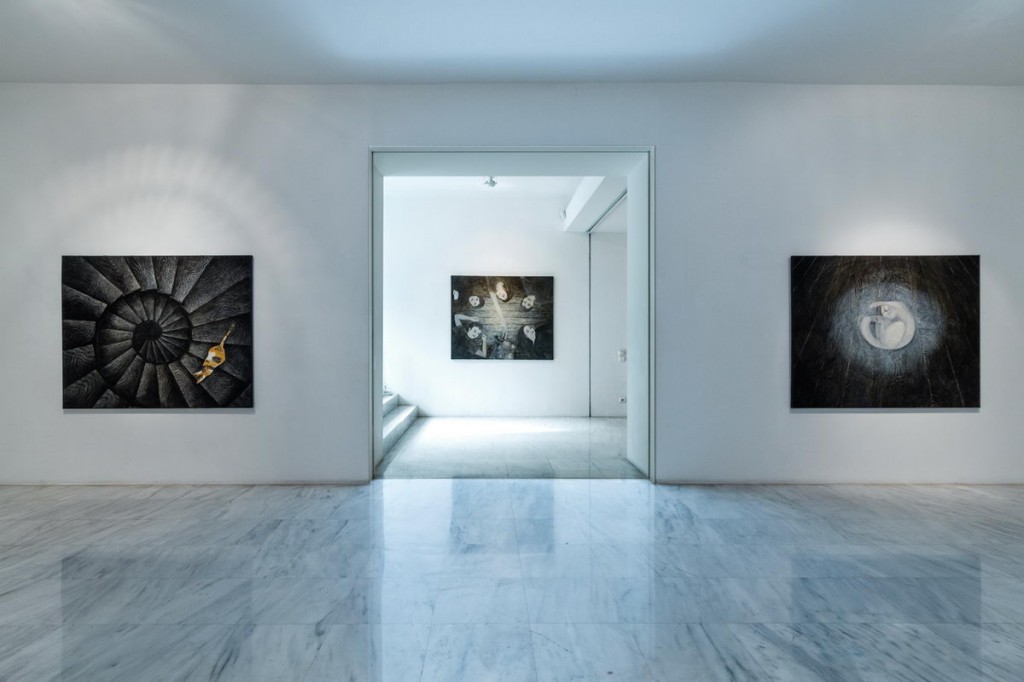 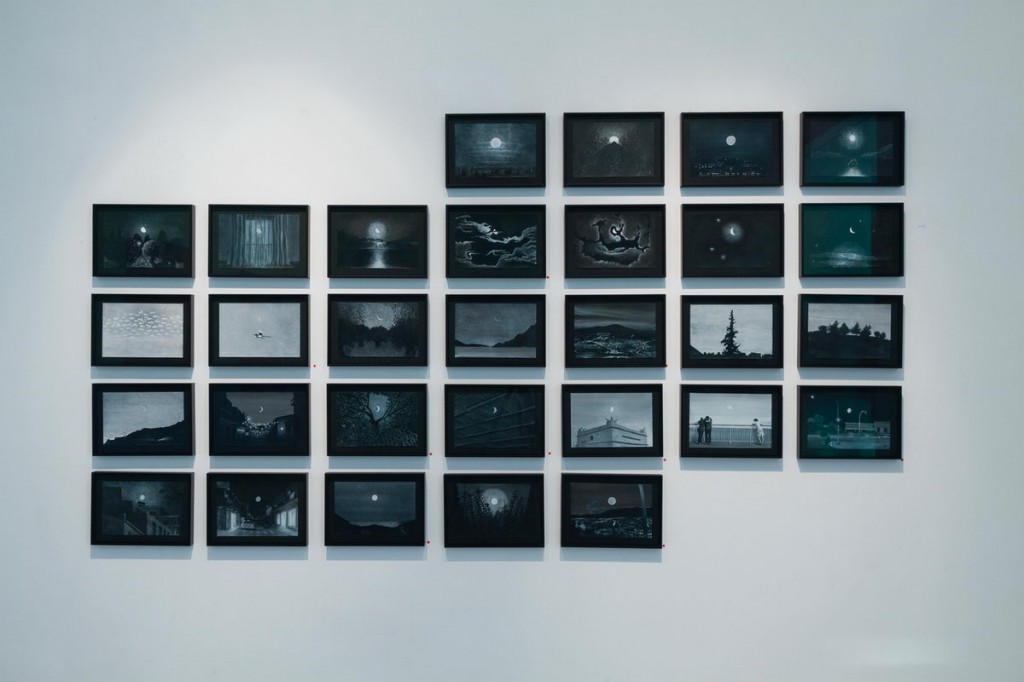 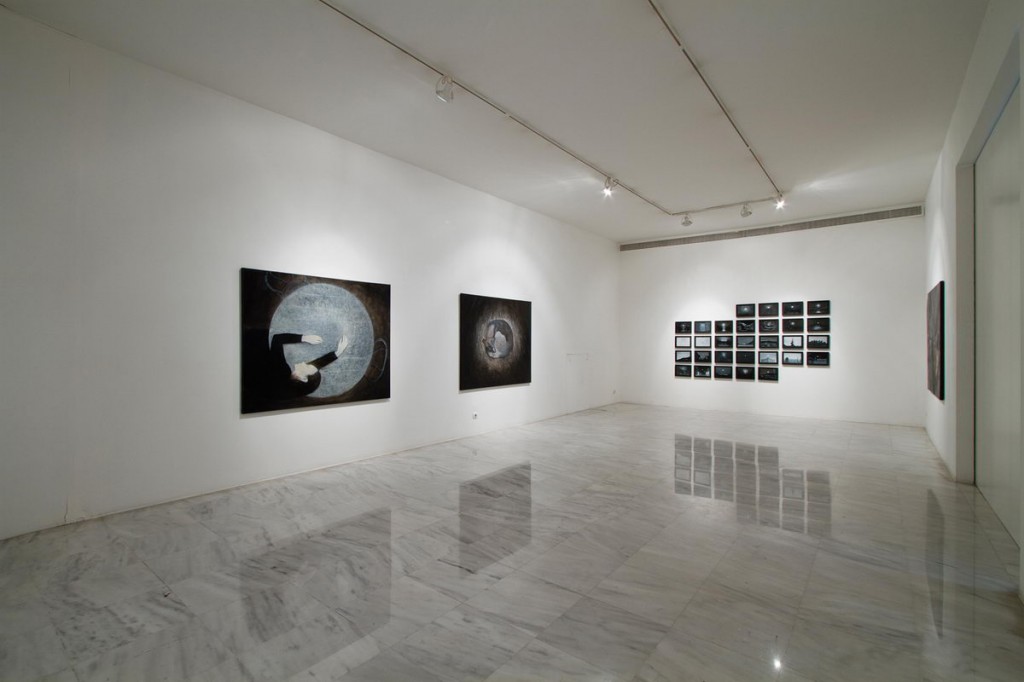 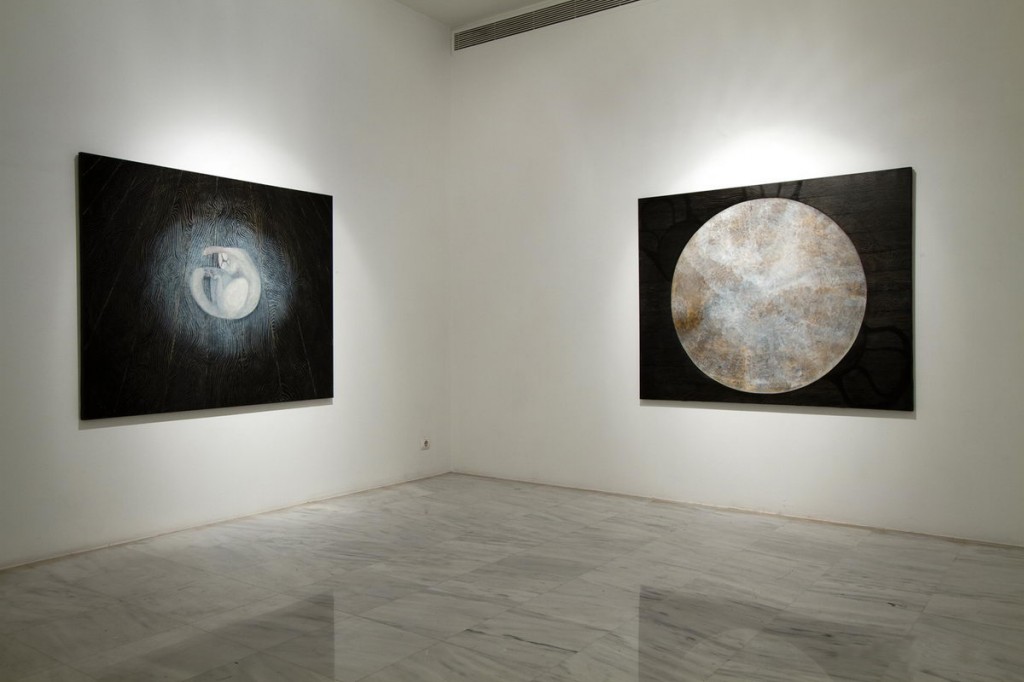 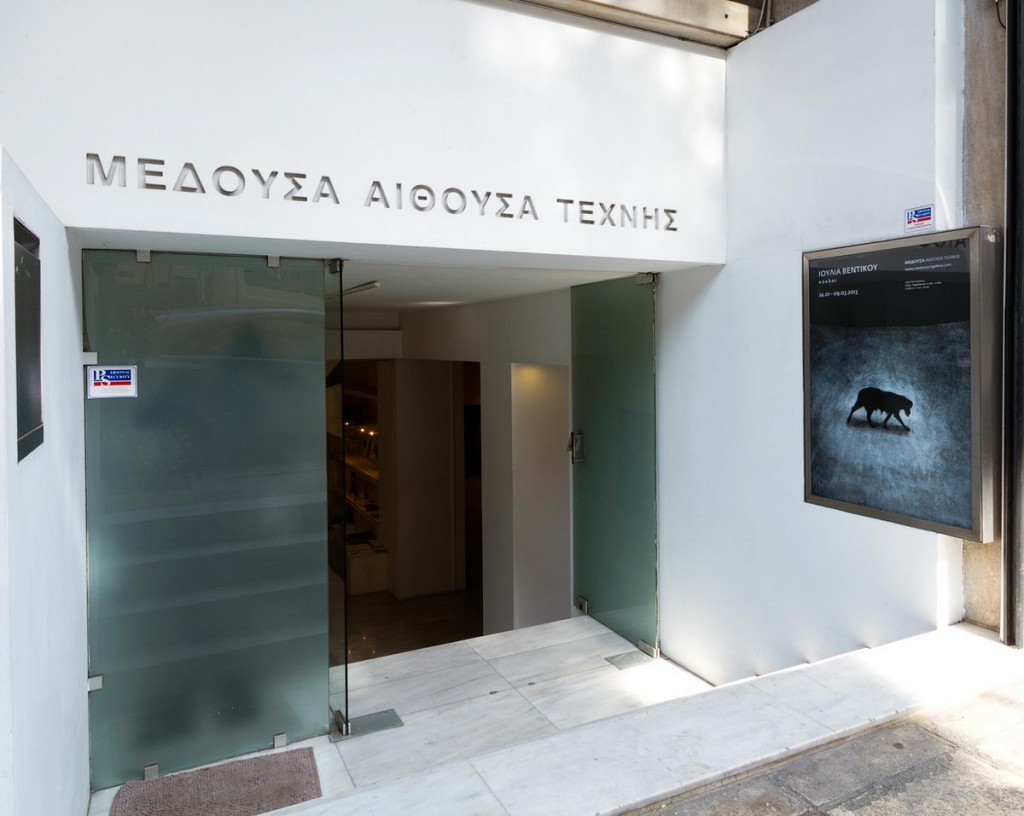 Ioulia Ventikou “Circles” 24 January – 9 March 2013 On Saturday March 9th is the last day of Ioulia’s Ventikou exhibition and we are expecting you at Medusa from 11:00 to 15:00 for a glass of wine and a memoryaaa

Cataloque text
KΑΤΕΡΙΝΑ EVANGELAKOU, Film Director
Circle: A round plane figure whose boundary (the circumference) consists of points equidistant from a fixed center. C = 2 π ρ Imagination as an integral part of geometry

My first encounter with Ioulia Ventikou’s paintings was back in 1996. That’s when I first saw her passages filled with golden light. Those uninhabited spaces whose dilapidation insinuated an intense human absence. By looking at them, and in the weird way that only painting can sustain, I had the feeling that someone had just departed – could be forever, could be for a few minutes only – and that their very departure imbued every lifeless thing with life.
Since then it’s been a while, and it seems that someone’s back within these dark rooms. Invisible, he is looking from the top at old-fashioned floor tiles, majestic in their geometric modesty, and at beloved pets, careless in their physicality. This is the first cycle: life behind the walls. The moonlight invades these wall-fitted lives and transforms the ordinary into the extraordinary, since: When there’s a moon, the shadows in the house grow larger, invisible hands draw the curtains.1
The other cycle is entitled “30 Μoons”: life outside the walls. The daily repetition of shifting our gaze towards the skies involves another kind of “geometrical” exercise. How to capture time: an intelligent yet tyrannical conception since, in order to achieve it, the artist couldn’t miss a single phase of the August moon.
Each and every one of Ventikou’s most recent works uses humour, esotericism, patience, and rhythm in order to insinuate a non-verbal story: it’s an annihilation of reason and language. Here, spirituality, fantasy, and dreams do not clash with realism, but work as a parallel reality to the cruelty of things.
﻿