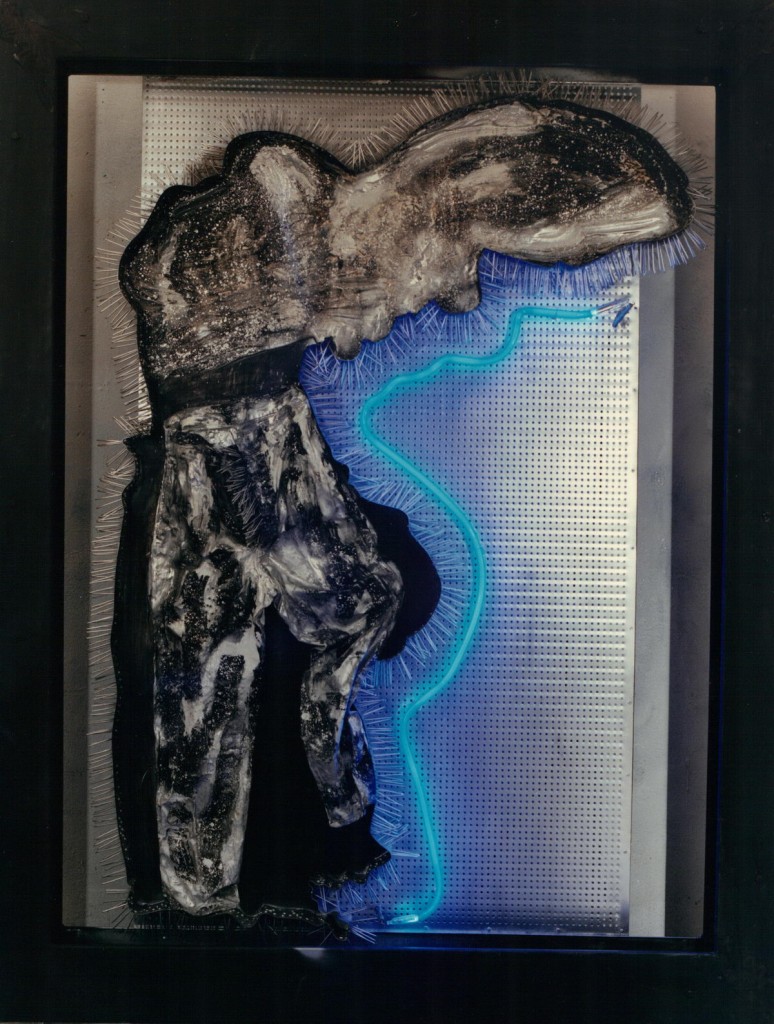 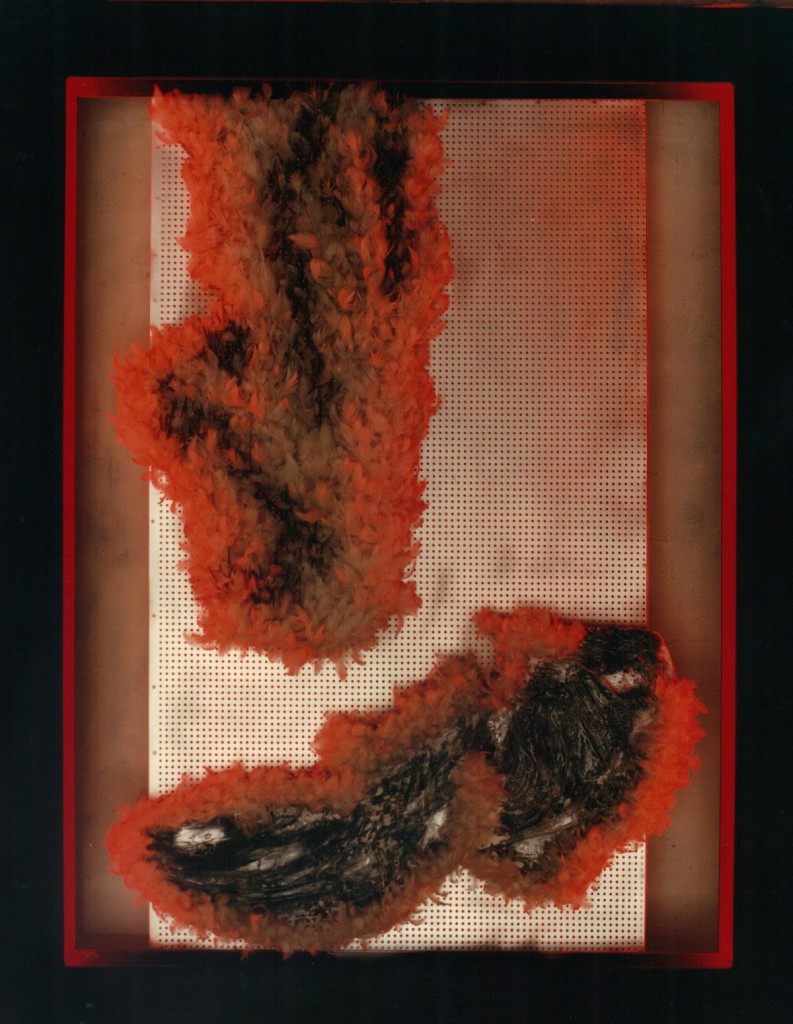 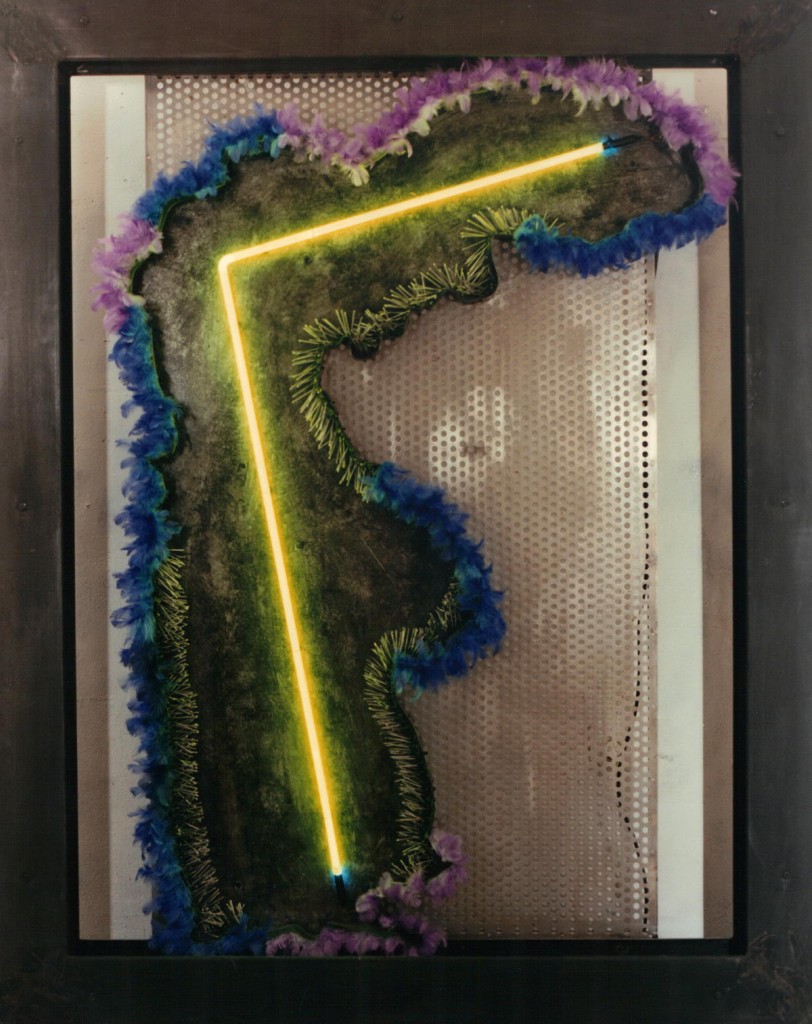 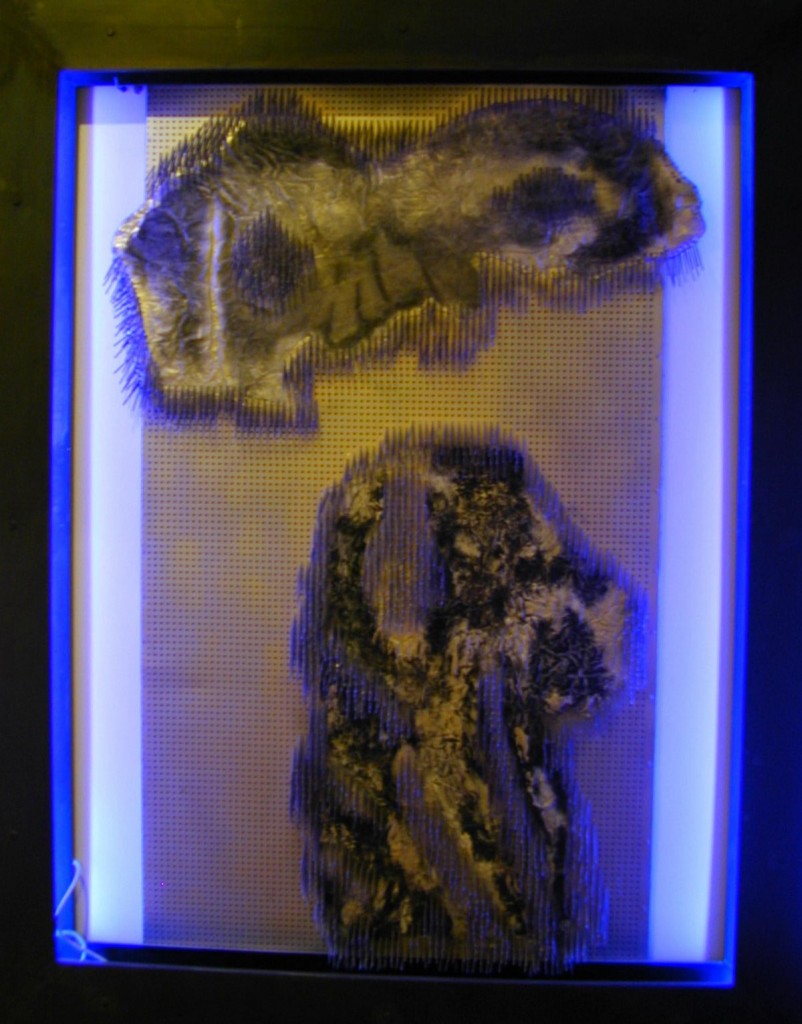 Aspa Stasinopoulou says of the exhibition. “It represents my works of the last three years”. She went on to explain, “My inspiration for the series of exhibits was Niki of Samothrace. His statue is in Paris at the Louvre and I first saw it many years ago when I was a student at the School of Fine Art”.
One day she felt an urge to create her own interpretation of Niki. Aspa says her works. “They are a personal interpretation of the mythology”. It was after a victorious battle in 5th century that the statue of Niki was placed in celebration above the harbour of Samothrace.
Her art is of mixed mediums containing metal, feathers, cloth, oil paint and neo lights. Aspa spoke of them saying “Basically I’m a painter, but with these works I have brought together the mixture of my knowledge in painting and the rest materials and amalgamated both.

The results are stunning. They have to be experienced first hand, as the camera is unable to capture their three-dimensional glory. To me, the overall effect was extremely feminine, and glamorous, with lots of gleaming, glitzy gold, silver and bronze. However, in the analysis, there are dramatic contrasts in the mediums, as cold, hard steel melds with warm, downy material. Some also have tubes of neon either as a central form or hidden behind the frame making its appearance only as a glow of colour.
One subject is constructed of a ribbon of metal forming an abstract shape, its harsh ridge softened by a fringe of two-toned purple feathers. Another, of pale metallic pink and black lit with an angle of white light.
A large work of pale gold and black painted cloth whose abstract outline, spli tin twain, is formed by the bared teeth of row upon row of steel nails. Ultra – violet side lighting illuminates the metal tips creating an illusion of the ethereal. The effect is dramatic and very beautiful. Apparently the work is an interpretation of Niki’s battle skirt. “But”, Aspa commented, “it doesn’t matter what it is, it’s whatever you feel it to be. That is what art is about”.