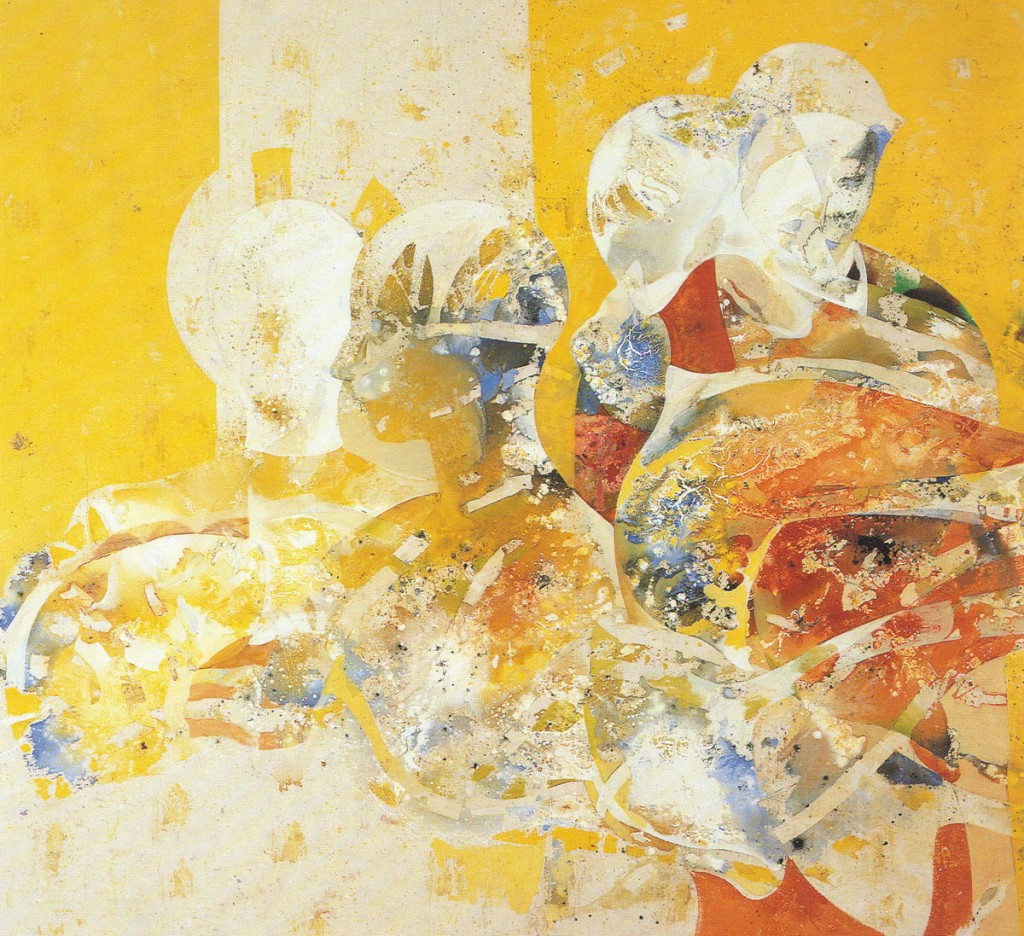 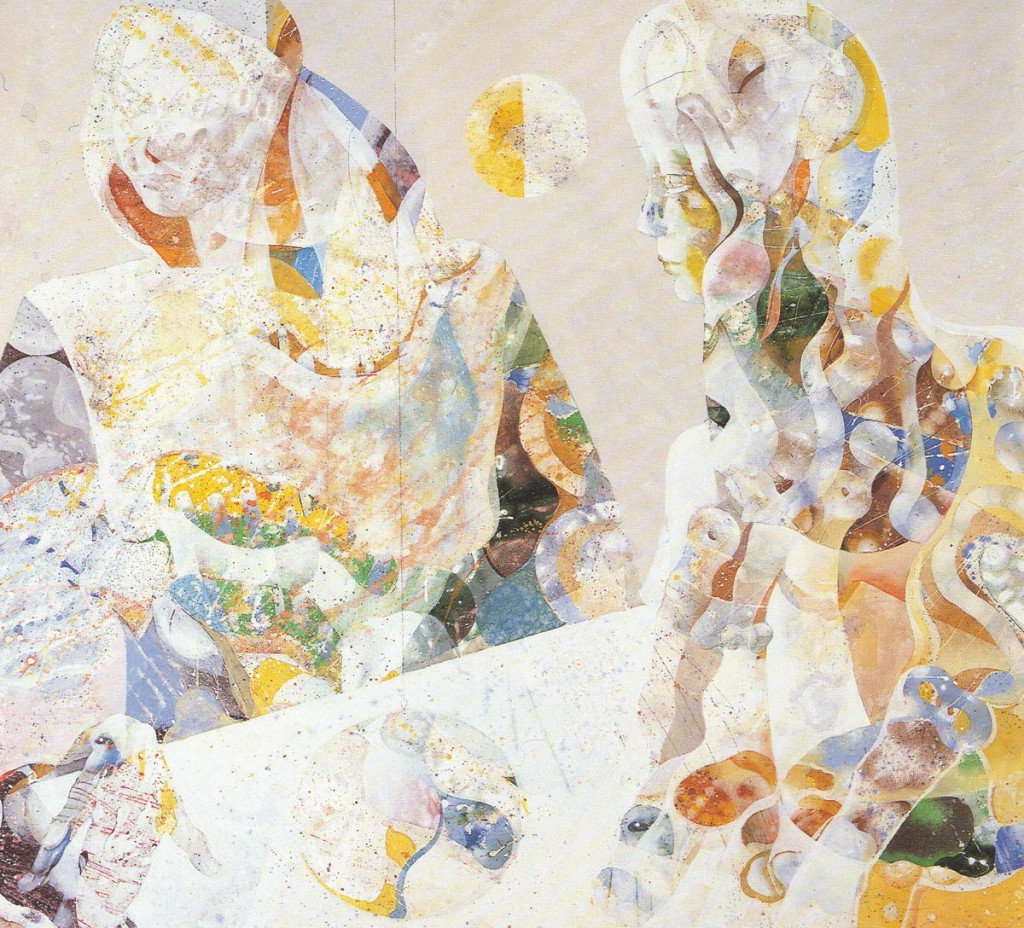 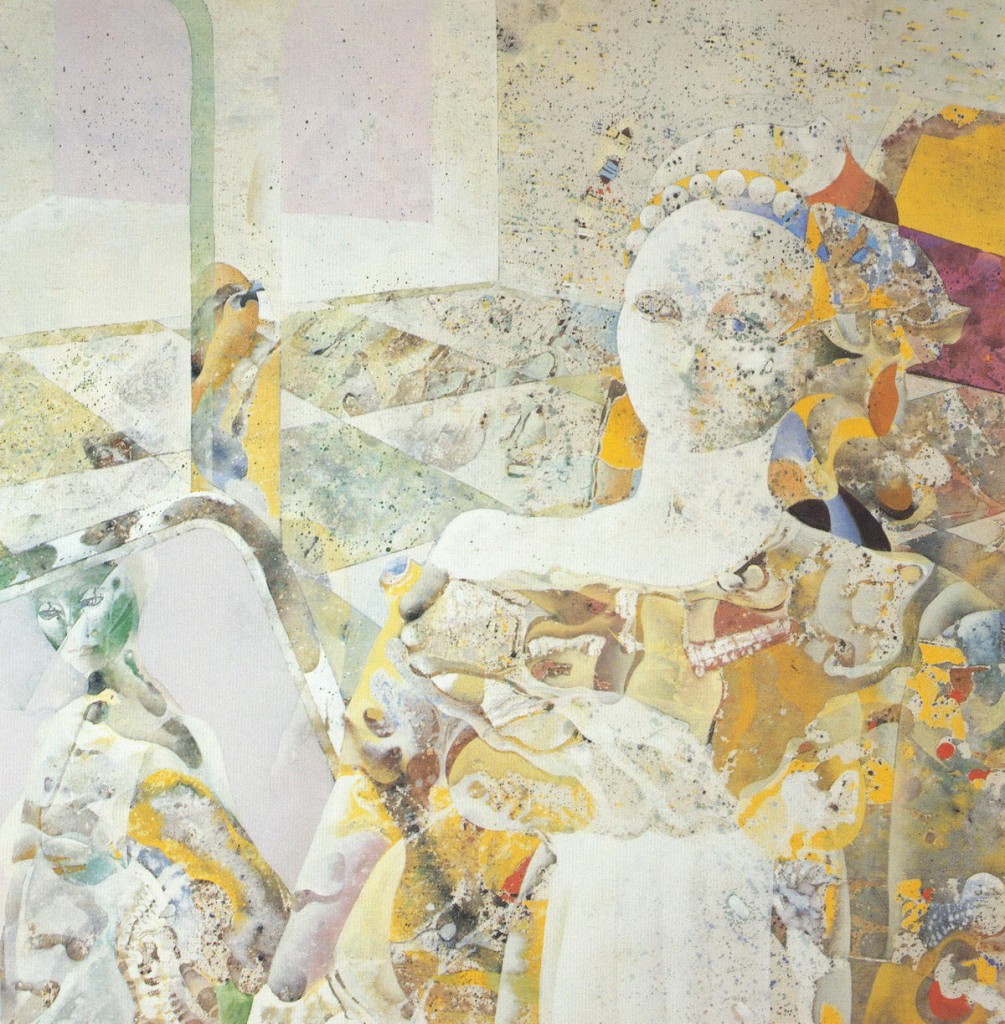 The female figure still remains the central theme of Basilis Kipreos’ latest work currently on view at Medusa Gallery. Kipreos weaves a magical atmosphere of color through which seductive figures emerge. Modeled with infinite delicacy glowing with light, with never a dark shadow, these pictures with their haunting quality quickly captivate the viewer.
Color is the highlight of these beautiful painting. Soft, fluid and transparent, it intensifies the perception of the figure from within, as layers of color surface like emotions flowing out. The eye traces its streaming path through every inch of space as it creates its own ebb and flow of pattern, motion, texture and multicolored tonalities The colored rhythms of pastel blues, pinks, greens and mauves suggest motion with each change of hue or shade, the radiant light adding its own brilliant statement.

The Mural is a series of five paintings, each one an independent entity as well as part of the sequence. The women, richly depicted by an orchestration of color, pattern and intricate brushwork, have expressive facial features, sensuous body lines. Like a river of memory, cloaked with timelessness and a magical quietude, their moments of sleep, awareness, search, action and prayer are traced by the artist.
In the painting presenting a woman in the act of searching, with her back turned to show the dazzling etchings of her robe, the thick texture of her hair the quiet dignity of her pose is extraordinarily moving.

In the Ritual, the women change, their seductive allure replaced by a powerful sense of inner drive. The heads are bald, and color flows out from within, covering the skin like a helmet. Moving in opposite directions these enigmatic figures project the silent stillness and reverence of a ritual ceremony.
Clearly influenced by Piero della Franceca, Kipreos also paints panels of angels, ethereal and lyrical images, giving the viewer his own perception of the religious painting of that period.
Assistant Professor at the School of Architecture in Athens, Kipreos, has had a wide exposure of one-man and group shows here and abroad. However, since his solo appearances are infrequent this exhibition shouldn’t be missed.