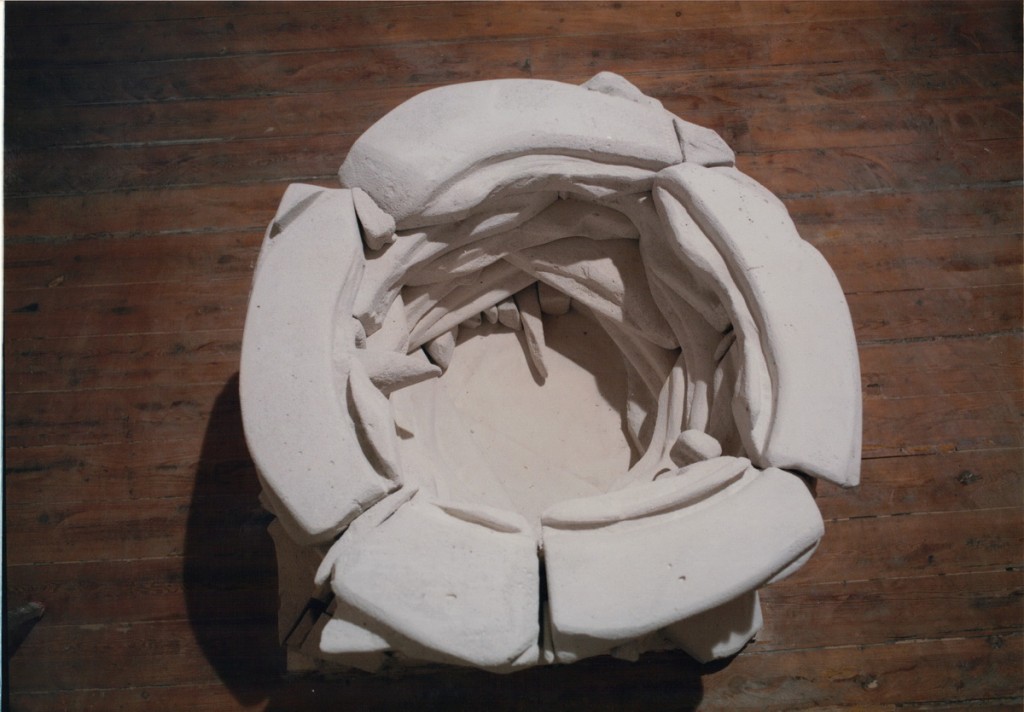 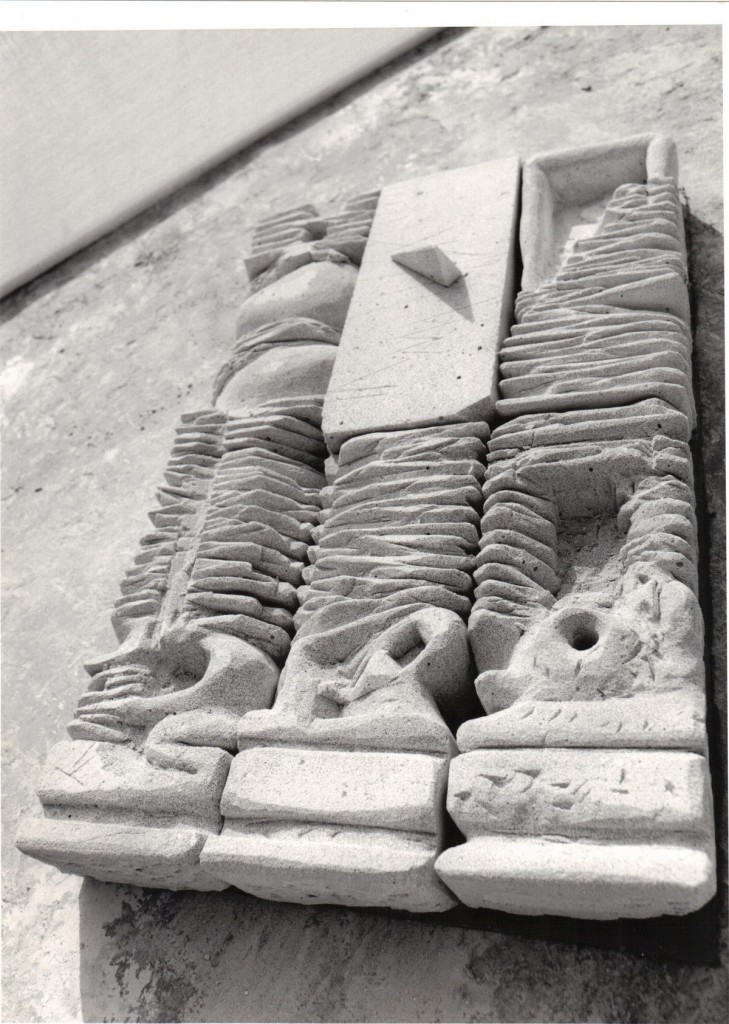 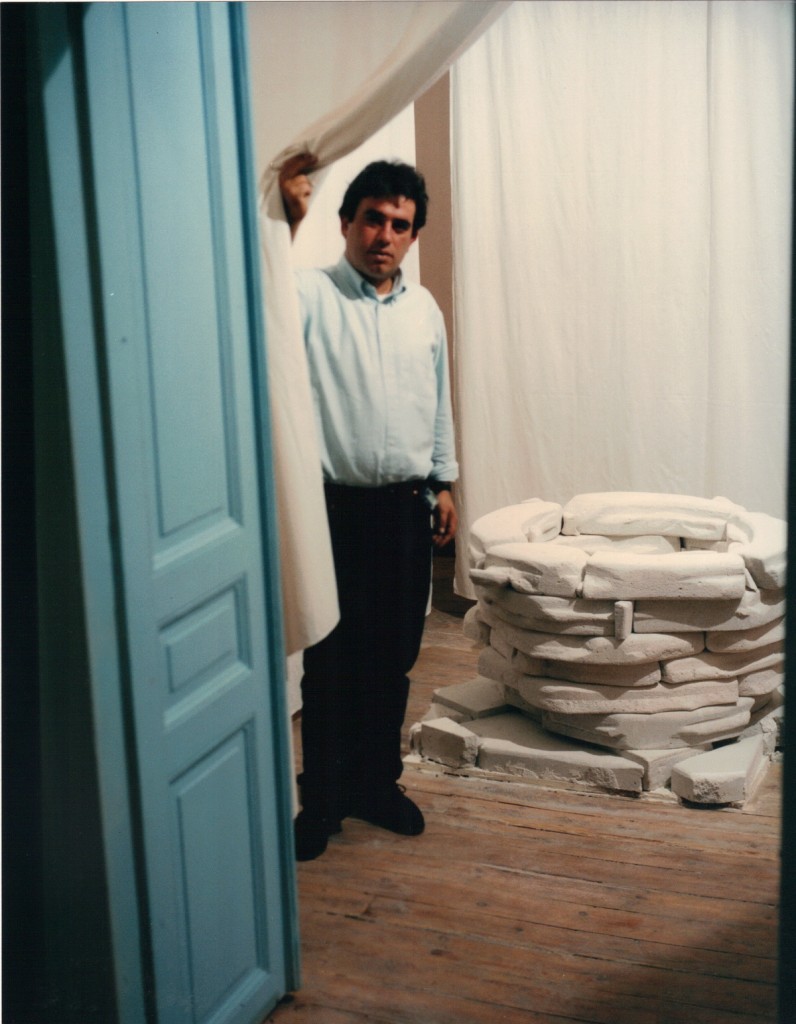 WALKING THROUGH A LABYRINTH

The myth of Minos and the Minoatur unfolds in an extraordinary presentation by Yiannis Dimitrakis at Medusa + 1, annex of the Medusa Gallery. The rooms of the gallery, occupying an old town house, are transformed into a labyrinthine environment where the myth is evoked with frescoes and sculptures.

The exhibition’s theme is Minos Mitos which refers to the ball of thread Ariadne gave Theseus to help him find his way on the labyrinth. Leading the viewer from room to room, Dimitrakis unveils his own perception of the myth, on the walls, with a series of mesmerizing frescoes and on the ground with unusual floor sculptures.

Much of Dimitrakis previous work haw been with pen and ink, the motion of quick thin lines themselves into a striving imagery. In these frescoes, Dimitrakis continues his ‘game of lines’ with a knife on a cement-like surface creating images that emerge out of a frenzy of whirling lines and motion.

The tribute of the seven youths and seven maidens which the Athenians paid to the Minotaur is the subject of the exhibit’s largest fresco. Quick flowing lines dominate the figures, sweeping them across the wall with force and energy. The carved lines from a distance appear as thin and delicate as pen on paper, the deeper the carving the lighter the illusion. Russet or ochre color is brushed into the deeper crevices creating a play of light and shadow, as an enigmatic script adds to decorative as well as symbolic quality to the composition. In the Welcome, a circular motion of strokes brings together two sensual figures embracing each other.

A very dramatic atmosphere envelopes the viewer entering the room, where Minos Stone Bed, an elaborate floor sculpture, is set. The walls are painted black and a brilliant spotlight focuses on the bed where Minos’, many infidelities took place.

Continuing the myth, Dimitrakis extends a red banner from the gallery’s roof-top to the apartment across the way. He is making sure that this time Aegeus will not kill himself as he did back then when Theseus, returning to Athens, forgot to change the color of his sails, and the king threw himself from the Acropolis in despair.

Dimitrakis studied painting and engraving at the School of Fine Arts in Athens. He has had several one man shows and participated in the 1988 Biennale of Young Artists in Bologna.