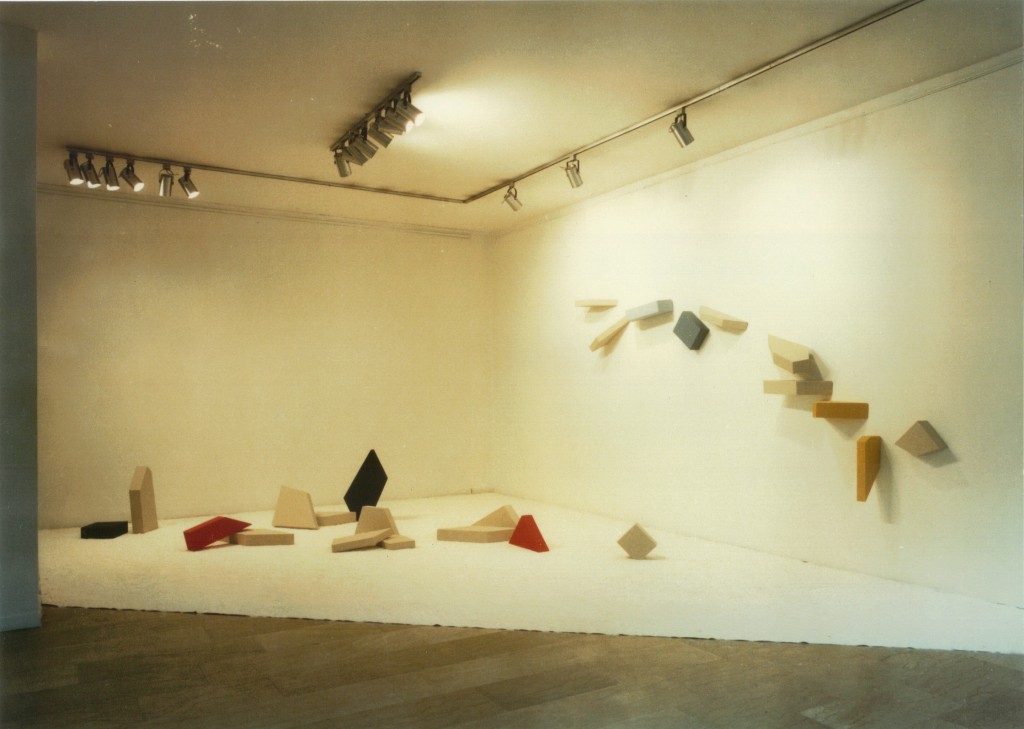 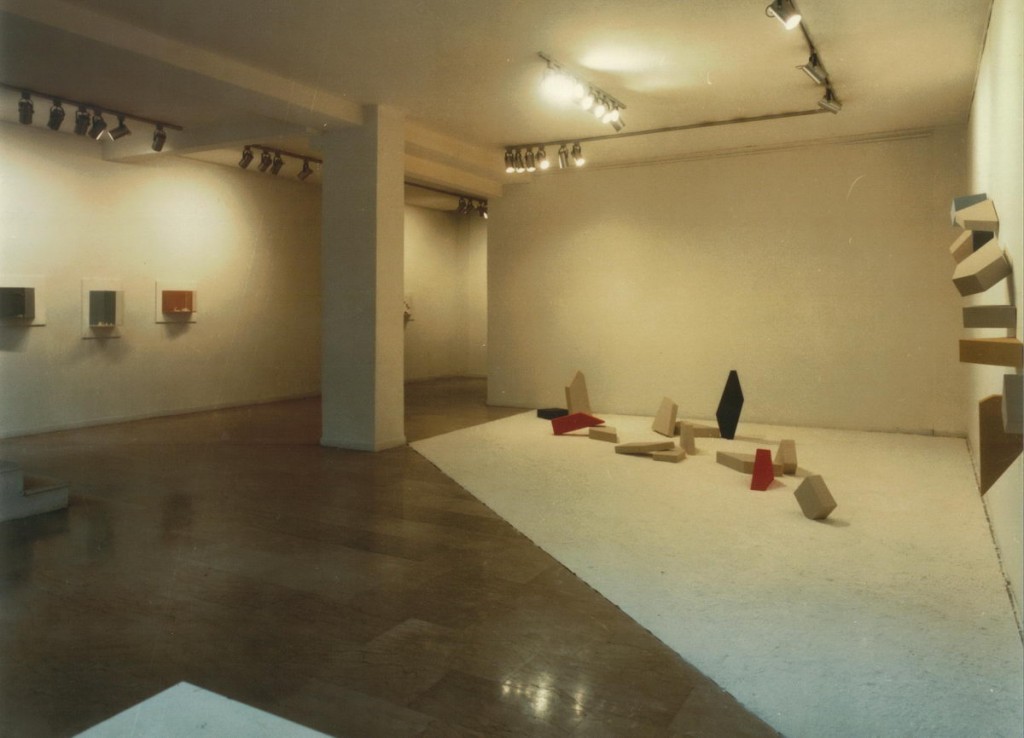 Irene Apergis, who for many years painted in the style of geometric abstraction, venture beyond the canvas two years ago to make her first constructions. At her recent exhibition held simultaneously at two galleries, she made her first environments, the theme of which were “The River” (Contemporary Graphics) and “The Fall” “Medusa”. Apparently disparate subjects, they were linked by a continuous, flowing line whose difference lay only in its force and direction.
The environments were well executed, placed in the context of white walls, and white floors scattered marble dust. The colors used in “The River” were subdued grays, blues and mauves, and the river was indicated by geometric patterns cut out of hard board which were stuck to the wall and placed on the floor. For “The Fall”, she used beige and brightly – colored cubic structures attached to the wall in a downward diagonal direction.
The environments exuded a sense of consoling solitude and feminine gentleness, of composed moderation and temperate sobriety, yet while historically viewed as a milestone in the mainstream, Environmental Art had its day about fifteen years ago.