The house of Medusa

Alexis Akrithakis hated being alone. To avoid it, he devised all kinds of ways to invite you over, such as making the best coffee in the country or serving a terrific white wine only he knew where to get. (Both facts are true!) During one of those long evenings, the discussion turned to a certain Maria, a 19-year-old gallery owner with whom he was preparing an exhibition. He was terribly worried about the future of that young woman—who was also beautiful, by the way—for who would buy the works and who would take her seriously? He was obsessing about the male ‘vultures’ who would eat her whole, about the ruin that lay ahead. The one thing he did not say was how much in love he must have been with her, which led his thoughts to such depths of despair and paranoia. For the record, that exhibition, the first for “Medusa”, sold out.
It has been 22 years since then, and my relationship with Maria remained formal, polite and rather indifferent, mainly because it was never fuelled by the events and dislikes that often grow between individuals who move in the same area. When I met her recently, we were both different all of a sudden: open and warm, as if we had just discovered how much we had in common. “There is the right timing for everything”, Gary Oldman said to me yesterday on the phone, and this was proven true once again; the trouble is knowing when the timing is right. As for Maria, she told me she knew it, and I sensed the same about her.

How did Medusa start?

Medusa started in Pangrati in 1979. It was a small place and I was a young girl, just out of high school. I only stayed there for six months and then moved here in Kolonaki, on Xenokratous St, my future aims and plans growing along with the square footage.

Were you already familiar with the field of art?

Very much so. My aunt is the painter Maria Spentza. Growing up around her house, I got to know all the artists of the time. At the age of twelve, I announced that when I grew up I was going to run my own gallery. Everyone laughed except for my aunt, because she was the only one who knew my secret dream of becoming a painter—and my indignation once I knew I did not have the talent I should like.

I remember the first exhibition at Medusa with Akrithakis, and how well it was laid out.

In this I was helped by Iolas, for which I was grateful.
Iolas had an influence on you…

No, from Iolas I got knowledge, not influence. I watched him as he designed the show and learned—that’s what I mean by ‘knowledge’.

But then you went on to do some exhibitions together.

We did three major shows—some wonderful great oil paintings by Matta, and then Stevenson and Lazongas.

And they were successful, I imagine.

A huge success, which alleviated all my fears and worries because I had earned the public’s precious confidence. That’s when I decided to venture into what no other gallery had dared: to show young artists, the new blood of the time. Now it’s the exact opposite, she adds and laughs.

Give me some names…

Yet you usually point to the star of the time – and all times: Takis.

The juncture with Takis was strange. Before I’d opened the gallery I saw his exhibition at the Zoumboulaki gallery; it was the one with those huge magnet-and-nail works. I was fascinated, and kept going back to Zoumboulaki. I dreamed of having my own gallery and displaying his works.
In the end you got him, and I think that Takis’s next exhibition in Athens was at your gallery.
Precisely. Later I embarked on another artistic adventure with Medusa+1. It was an old neoclassical building in Xenokratous St, where all of Medusa’s artists had exhibitions and took charge of the setting; they could repaint, change the lighting, create the atmosphere they wanted…

That was when I bought one of Raymondos’s Angels—remember? That exhibition has stayed with me more than any other.

Of course I remember, just as I remember every single client over the years…

It had no reason to exist—you know, it had completed its cycle. Almost all my artists did something there and then returned to base, to Medusa and the familiar exhibitions

.
If you were to start a gallery today, would you call it Medusa or simply Maria Demetriades?

Medusa—no question about it. There is a relationship between me and that …monster! (Laughs) I love the sea, and as a girl I had thick hair like Medusa.

But she had snakes for hair…

Yes, as I say, my hair was dense and curly, like snakes. My face also looked like Medusa’s.

Tell me a few things about Paros, I know you are fond of the subject.

Paros is my paradise, what else can I say…

I remember your rosebushes, the freesias … indeed, how is the vegetable garden doing?

Better every year. I have vegetables for me as well as my friends. The fruit trees are also going from strength to strength every year.

But it may be that Paros has slowed down the frenetic course of your gallery?

No, even when I am here I keep reading about art, buying all the art magazines and keeping abreast of things like never before, precisely because I have the time; I believe that cerebral work is more important that the practical one.

How do you see things, both here and abroad?

I adored Britain’s boom and the Young British Artists (YBA). I saw those two great exhibitions, Sensation and Apocalypse, and all this makes me ashamed for not having this kind of state support over here.

Don’t say that, because the Tate Modern has very few works by these artists you admire; it was Saatchi who started it all.

Yes, but then there was a Serota to split up the Tate and make room for younger artists, whose numbers will certainly grow every year. Here, whom did we have to lobby the government to fund art?

Especially now, with 2004 and the Olympics, God knows when someone will pay attention to art affairs.

What do you think of the efforts of Anna Kafetsi?

Wonderful. And the latest video exhibition at the Fix building was great, too. I say well done and keep up the good work.

Which exhibition at other Greek galleries did you like?

I saw my colleagues and their artists in Art Athina, which was very well organised this year.

Have you seen the DESTE exhibition?

Yes, I have. I never doubted that the collection of Dakis Joannou would take another path. His collection is among the world’s best, and the most up-to-date.
If we had a museum of contemporary art, do you think that people like Joannou, Emfietzoglou or the late Logothetis or Daskalopoulos would donate works and support it?

Yes, and like Dimitris Pierides or Ion Vorres, but also foreign artists who could be invited by the contemporary art museum (if we had one) to spend a few days on the islands and create some works, don’t you think they would donate something? Greece itself is an attraction—our seas, our sun—who would refuse such an invitation?

You remind me of Melina…

Thanks, but I am not referring to our ancient heritage, our great antiquities; I am talking about contemporary Greece, about the spirit of contemporary artists which is left to stagnate—and the more it stagnates the more it disappoints. Artists must be alive, because art has always driven evolution, culture. 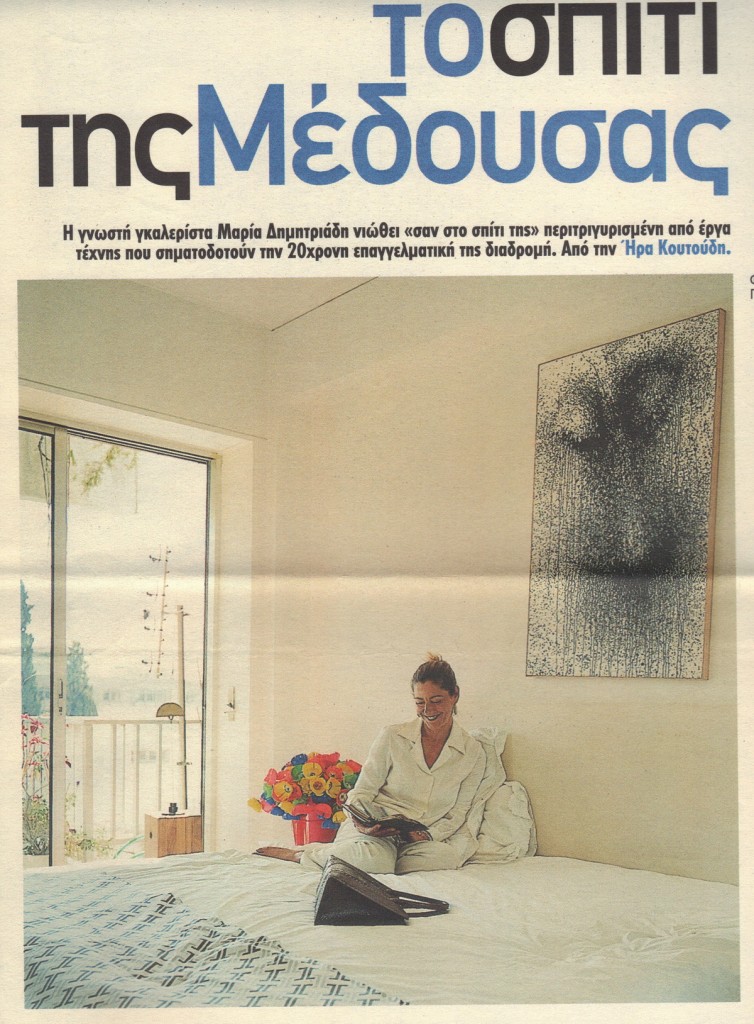 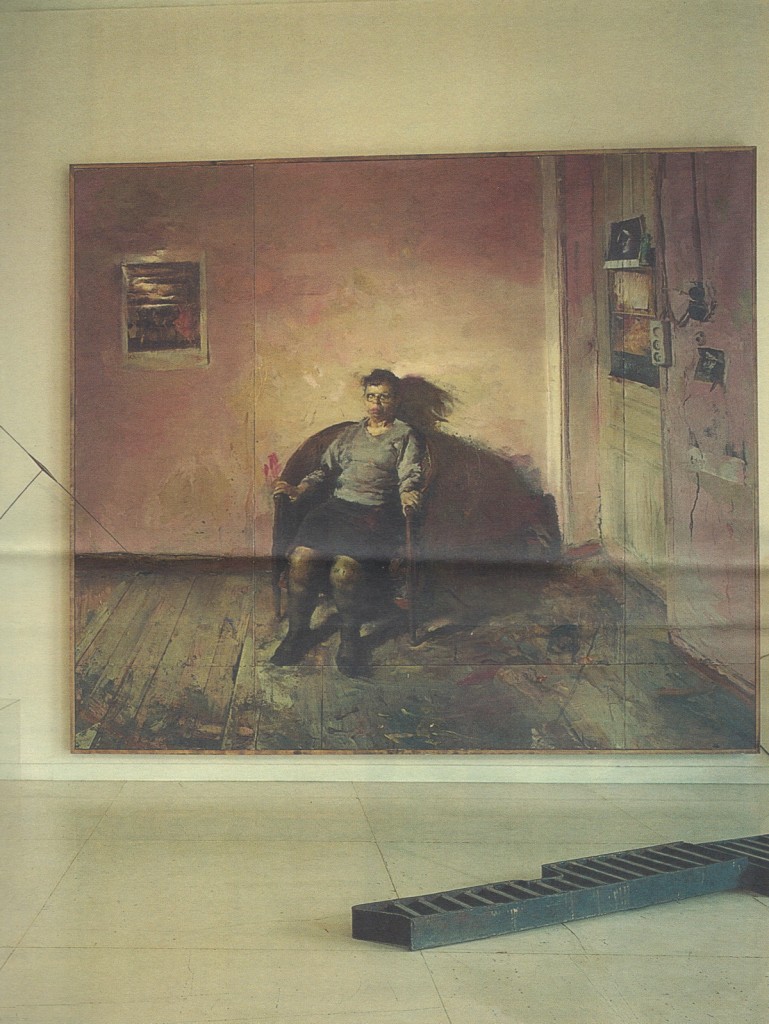 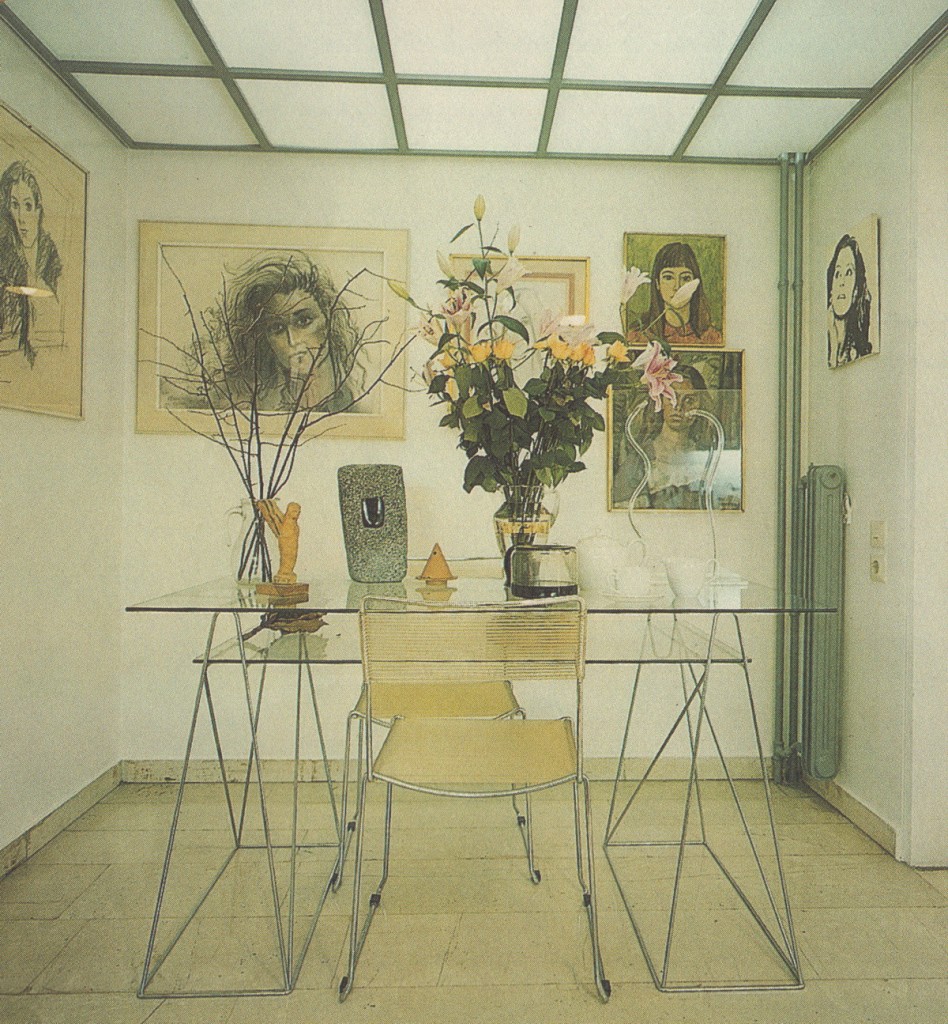 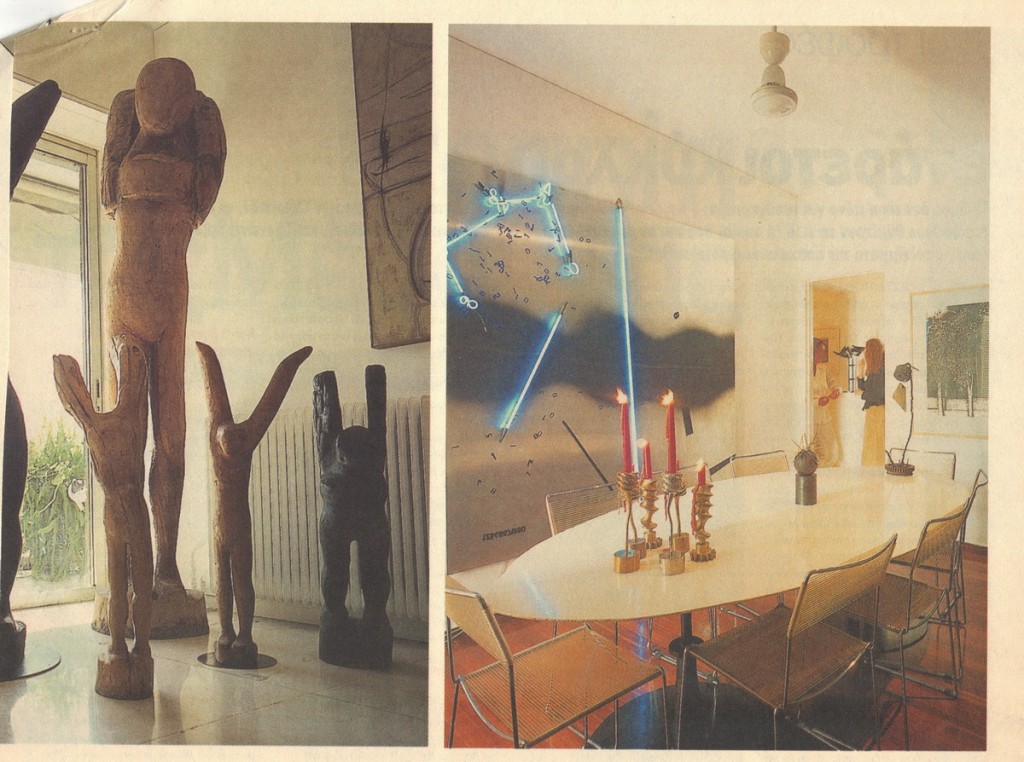