Maria Demetriades, a young gallery owner, talks about art and the young painters who try to present the trends of a new, bolder era through her gallery

At the very moment when the contemporary young painters are trying to rediscover the ‘magic’ of art and use their work to redefine things and come out of the confusion of the previous decades, in Greece some other artists of the new generation are endeavouring to give their own ‘sober’ and ‘creative’ answer to a philosophy which was based on imitation for many years. In this drive they are supported by some gallery owners, some art critics and a public which is looking for pointers to a genuine and more sincere art.
One of these people is Maria Demetriades, the thirty-year-old owner of “Medusa” gallery, who has been trying for some time to present the visions of young people, countering the so-called “market value” of major names with the magic of the new and hitherto unknown. For as Maria herself says, “art serves a magic, triggers man’s desire to interpret what lies behind the phenomena. And those who ‘risk’ such interpretations today are those young people who are guided by talent and instinct in their attempt to evade the oppression of trends and ‘-isms’ and advance their own independent research”.
She was nineteen when she opened her gallery, and as she says she had many dreams in her mind. Of these she managed to realise several, but not before she had had a rough time for five whole years. Yet she established many young painters and promoted talents who are now household names. Did she have the instinct to discern what was good from such a young age? Maria replies:

– At first I was lost in the wood. The art circuit was very tough, but I believed in art and in the education I had had. And I certainly believed in my instinct—and in the end that instinct did not betray me.

– How do you discover your material?

– I visit the studios of young artists. I am always on the lookout for the new. Some come and find me themselves.

– Are you after something specific? Can you tell whether what you have found will be commercially viable?

– I am not interested in specific trends. I want to discover works which have something new to propose; works which freely express the new age, the magic; which redefine art in their own way.

– Yet there is also the so-called ‘establishment’, which certainly does not let things go far outside its own boundaries.

– Greece has a place for everyone; and in the end, quality work gains recognition.

– By a world of new collectors, scholars, cultivated people who seek quality and boldness. Besides, the prices reflect the age of the artists. My prices usually start from a low level, because I don’t believe that it is the high price that makes a good work, anyway. My prices are down to earth.

– Are you saying that many prices on the market are unreal?

– There are certainly prices which do not correspond to what the work represents. Besides, we are talking about a local market which has nothing to do with the international marketplace; over there, things are soon brought down to earth.

– Yet you are a dealer, too. You don’t always work on the basis of quality and high aesthetic; after all, the demanding public is limited.
– Strange though it may seem, it is this public I address. There are buyers with a lot of money, and today they go for the obvious choices; tomorrow, they will seek something better.

– What annoys you most in your line of work?

– The lack of interest on the part of the state. Culture does not need money, as they keep telling us: it needs good managers in the ministries, and these managers will know how to secure funds for art. They can organise salons, as they do in Spain, bring foreign exhibitions over here and send our good young artists abroad to make a name for themselves. We need to get away from the gloom of words and thoughts and do some creative deeds.

– Is there such a thing as contemporary Greek art?

– Today there are some interesting trends and personal approaches among young artists. More than ever before in the ranks of young people you see Greek elements which have to do with originality more than folklore; and these Greek elements are in no way disconnected from what happens abroad. It is up to the competent authorities to make intelligent use of these assets or we are at risk of remaining on the fringe of European art. 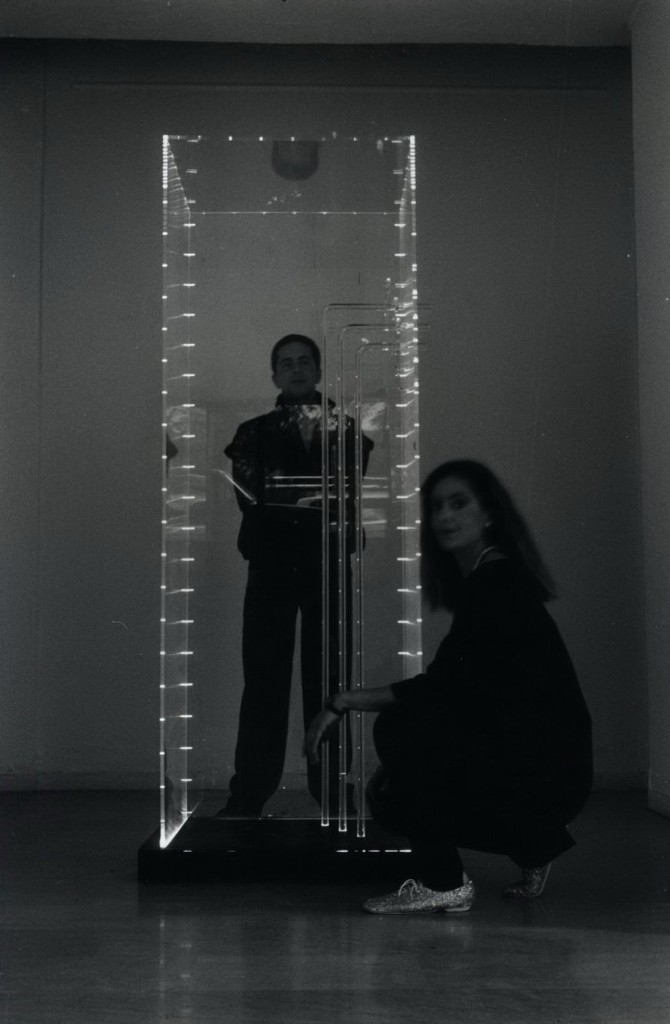