On Thursday, June 12 at 8.00 in the evening Maria Demetriades presents “The Best of 2013 – 2014” at the Medusa Art Gallery—a selection of the best works among those exhibited throughout the season. Some of the works are from her private collection, part of which was presented in two exhibitions titled Summing Up -1979 – 2014 , both curated by Efi Andreadi.
Alexis Akrithakis, Kostas Coulentianos, Giannis Dimitrakis, Marios Prassinos, Giorgos Rorris, Voula Massoura, Maria Spentza, Takis, Nakis Tastsioglou, Ioulia Ventikou, Giorgos Zoggolopoulos.

The exhibition comprises also by drawings by the self-taught sculptor Panos Raimondos. Most were executed during the artist’s time in Paris and are the only ones to survive. They present dozens of angelic figures drawn with ballpoint pen on newspaper sheets. All but one of the works was made on copies of Le Monde, and the other one on a sheet of the Greek newspaper Acropolis. The drawings span almost a decade, the first dating from October 17, 1972 and the latest from October 2, 1981, by which time the artist had moved permanently to Athens. Raimondos’ drawings are accompanied by a series of wood carvings, with their juxtaposition aiming to promote the viewers’ understanding of the artist’s vision—a vision in which childishness and an unaffected simplicity have a key role.

Stergios Stamos elaborates on his concerns regarding immigration while enriching his references about Greece of Crisis when one Memorandum succeeds another. Immigration is one issue the artist has investigated thoroughly. In his 2009 exhibition called “ Inscriptions” Stamos dealt with religion ( the Islam, Christianity), in his 2008 exhibition called “Inside Out” he dealt with habitation , now he proves to be one of the few Greek artists who observes the world around him, not the London magazines in vogue. Stamos sets up an installation with five square plates on which the names of hundreds of immigrants are written. They suffered tragedy, unbelievable exploitation, cruel conditions of confinement. In other works Stamos dissects the country-patient “which is being healed” thanks to Memorandum serum. The installation is frigid. In Stamos’ works we can see expressionism, arte povera, conceptual art. The artist adds an extra political dimension to all that.

Miltos Michailidis presented fifty black-and-white drawings and three installations, arranged in the gallery space so as to serve as illustrations to a single narrative yet at the same time retain their self-contained nature. Overall, this series constitutes an artistic comment, an alternative approach to the current situation. Michailidis uses the drawings as a thread that joins together the installations as comments on today. Thus we get from the golden age that we must leave behind to a sort of ‘forced landing’ onto the present. Αs for the future, it depends mostly on what each of us chooses to carry over from the past.

The Medusa Art Gallery will be closed on Saturdays between June 14 and July 31 as well as throughout August. 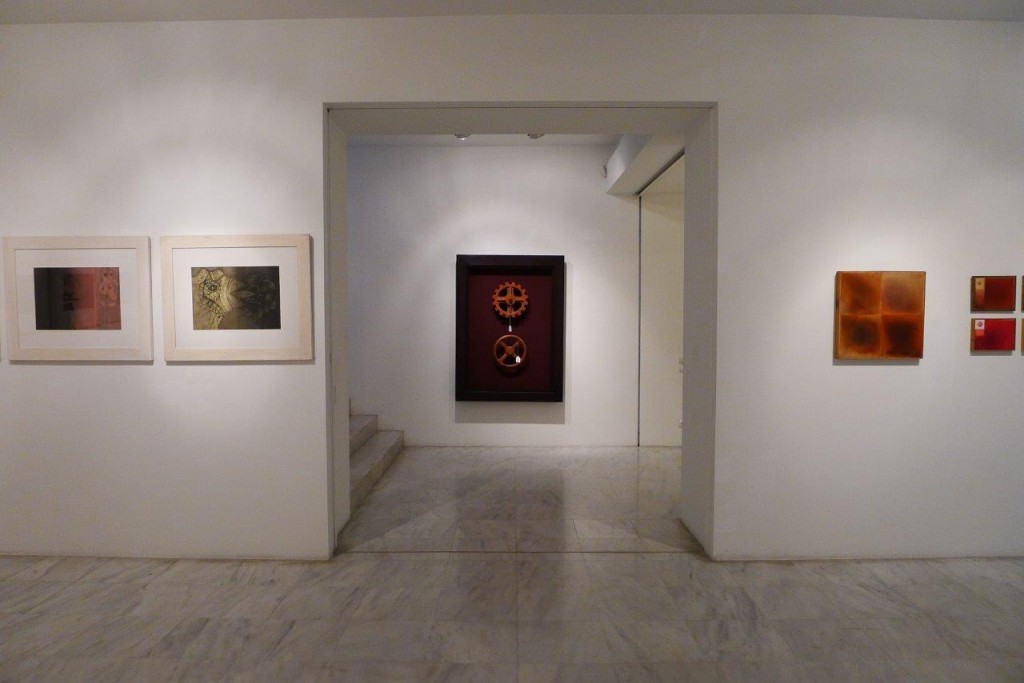 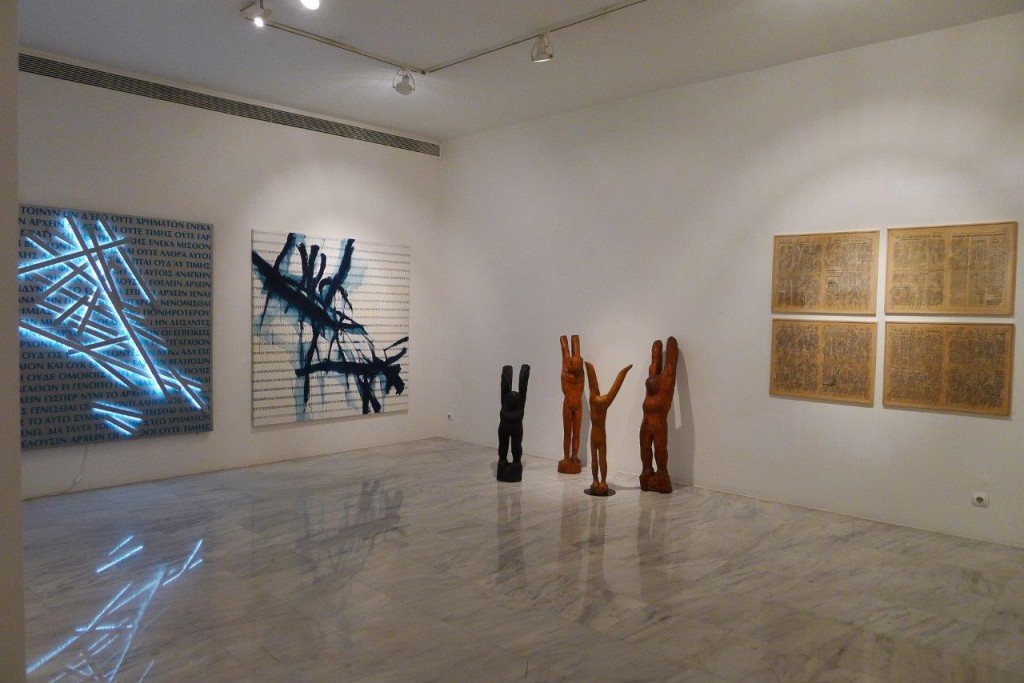 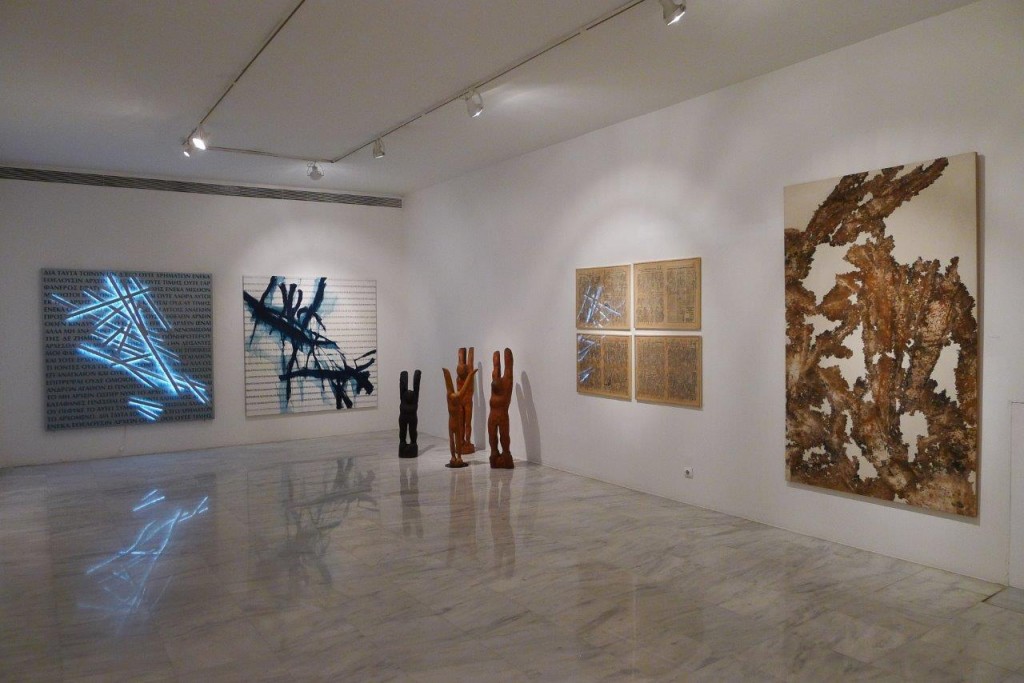 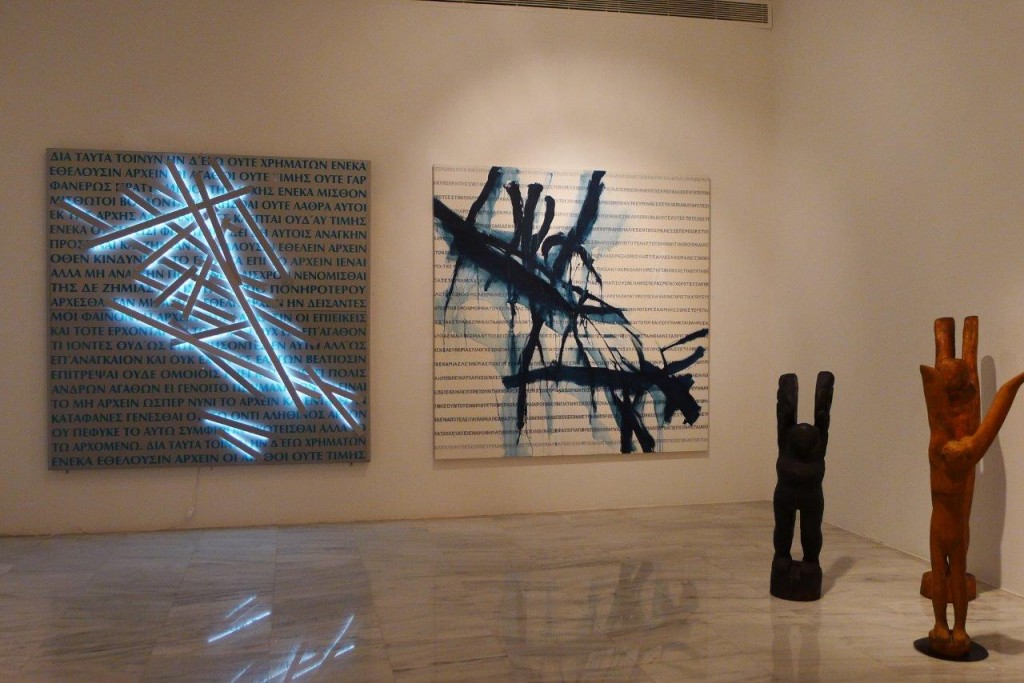 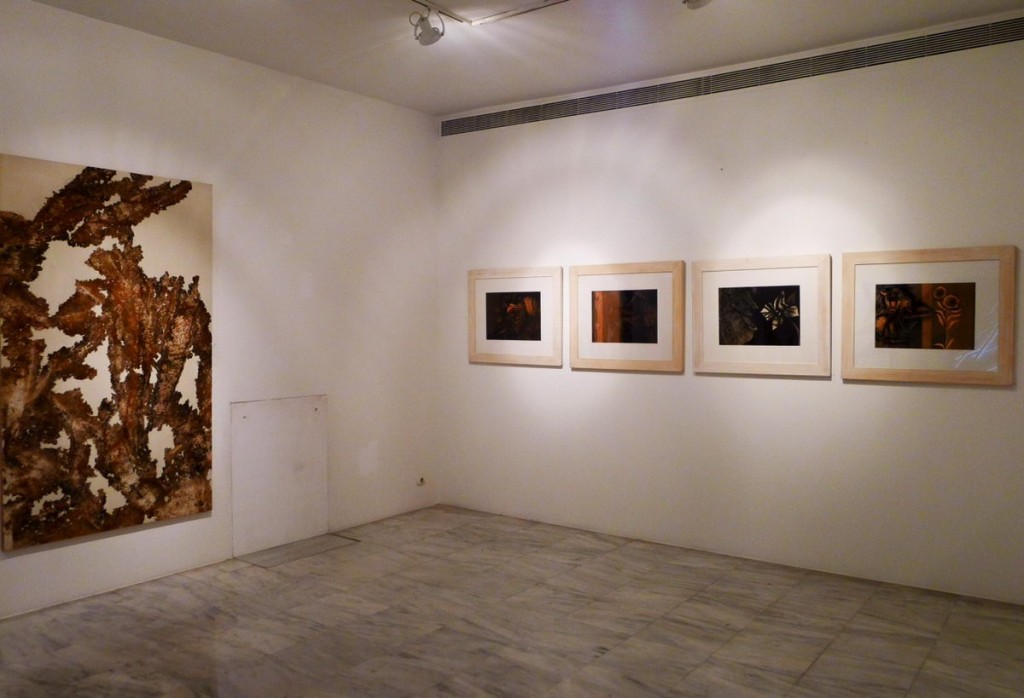 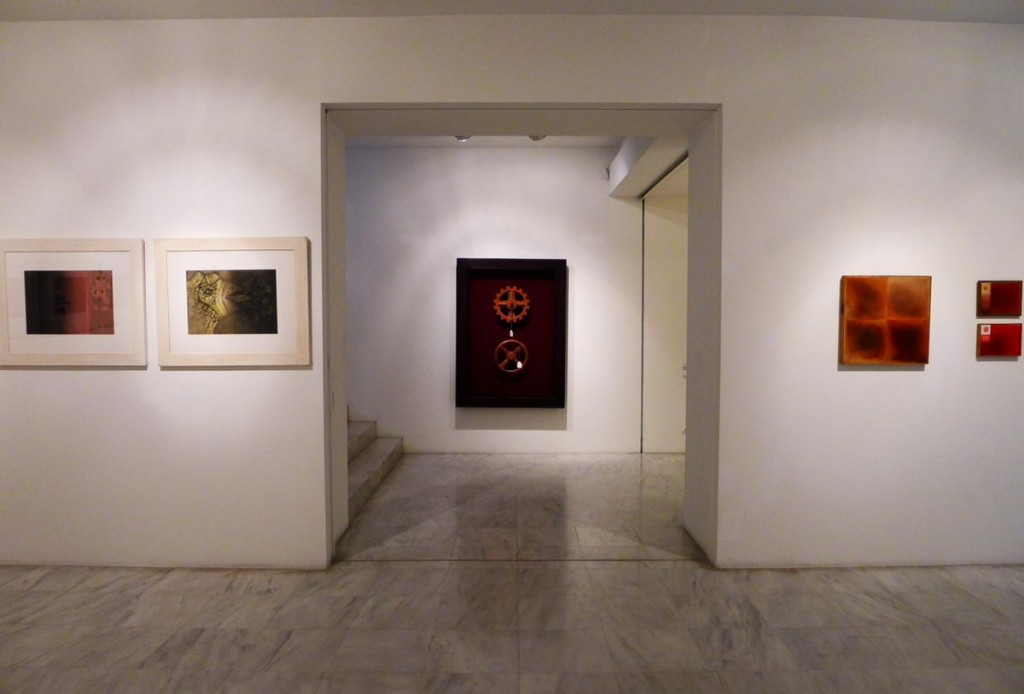 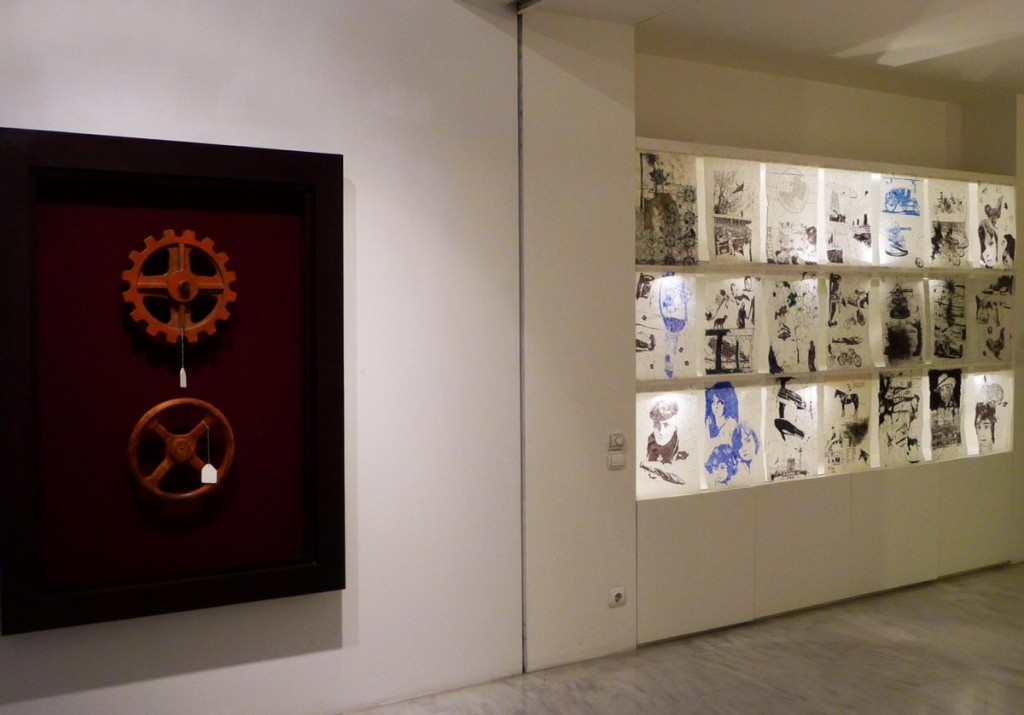 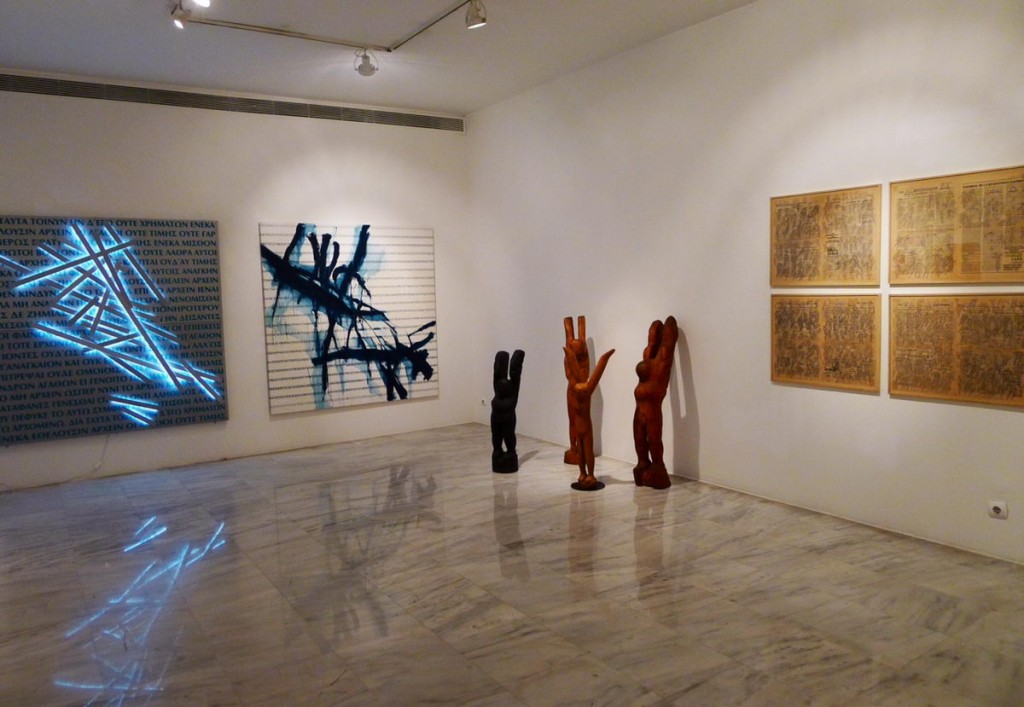 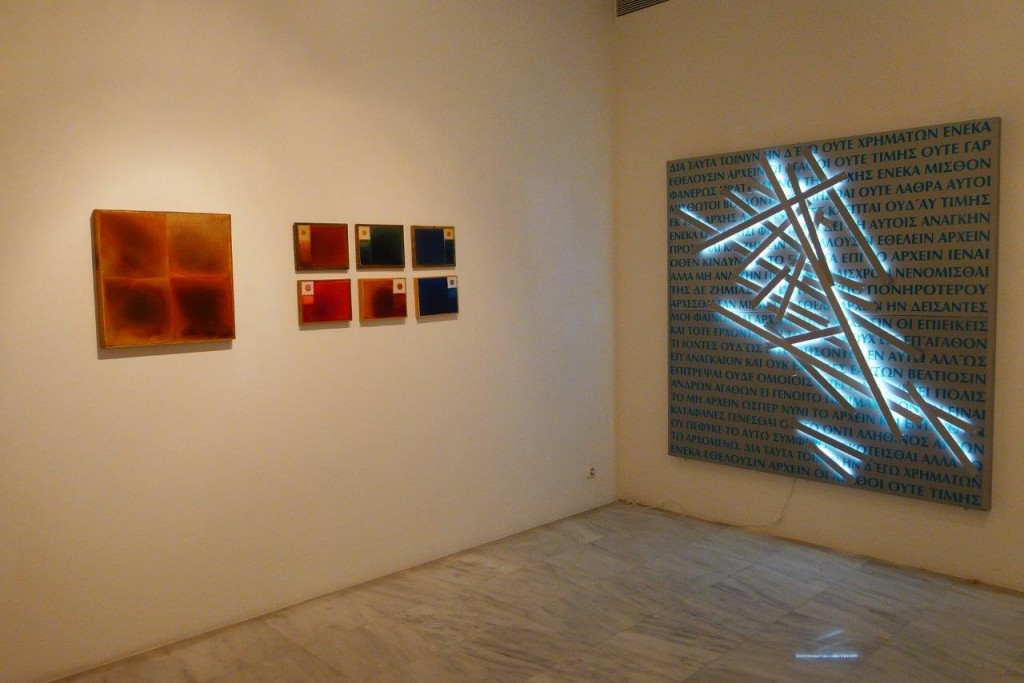 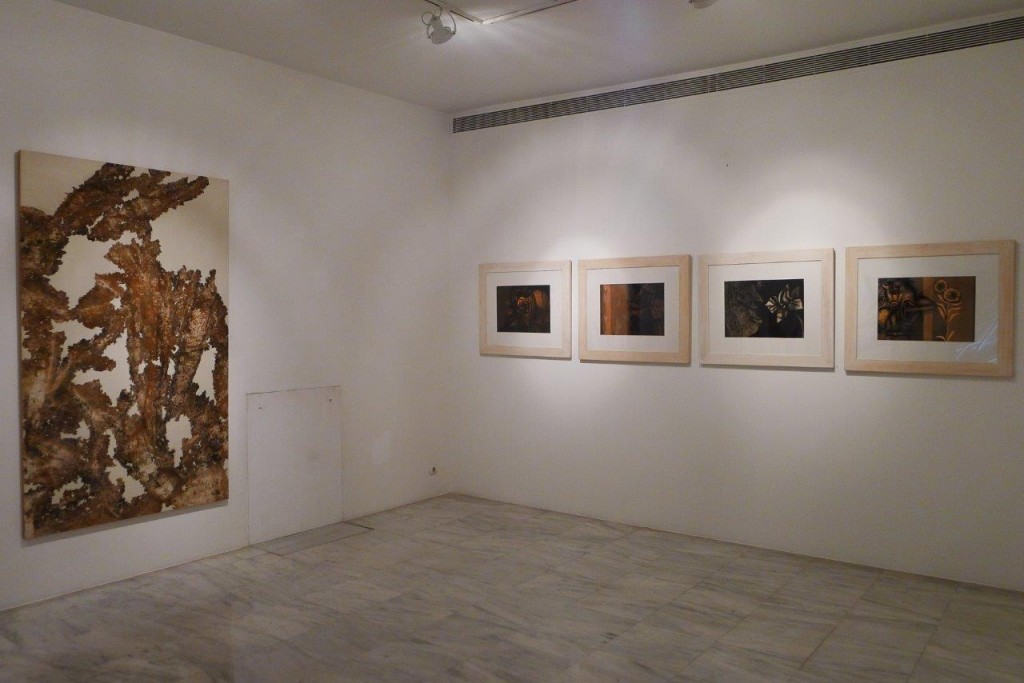