On Thursday, June 12 at 8 p.m. Maria Demetriades opens the exhibition with a selection of the best works from the 2007-2008 season.

Costas Coulentianos, remains in the history of sculpture as an artisan, with the complete meaning of the word. His work started with the essential theme of the female figure, naked, sited, lying, standing, acrobat and dancer. Gradually he was lead to dispute the traditional conceptions and liberated himself from specific views towards the human body, his work did not pay tribute to something visible, but to the internal dynamics that seek expression. He remained loyal to the inspiring figures that marked his training in Greece, he particularly loved ancient Greek sculpture and created sculptures that were unadorned, strict, vivid, balanced
and very powerful.

Voula Massoura returned “in order to challenge time at its final boundaries, at its terminal horizon, where allied to entropy, it is revealed as waste, loss and absence”. Oblivion will be revoked, or it will not, when through our repudiation of the word’s noise and its iconolatry, we give ourselves fully to the creative inwardness of Voula Massoura, to her captivating poetic faith and the devoutness with which her works salvage what has been crushed by History in general and the individual histories of each of us specifically, and was permitted thus to accumulate within us, bearing darkness with it.

Giorgos Rorris draws his subjects from his everyday surroundings and chooses the familiar confines of his studio as the backdrop for his models. As his work progresses he seeks persistently the particular physical characteristics of each figure, at the same time delving into the subject’s inner world. During the long process of painting, which often becomes an act of mutual confession, space is often extended into new areas so as to take in the figure, mutating for the needs of each new composition and emerging as a different and autonomous setting each time.

Miltos Michailidis A Spanish Tale
A bizarre illustration of an imaginary trip from Greece to Spain that combines truth and unreal events in order to create something new, a story that in the mind and the eyes of the viewer will become the real one.

Eleni Piyrgioti writes about Panayiotis Linardakis work.
“In our days globalisation sounds the alarm in the artist’s studio. If his brush emits sharp cries, it is inevitably painful for us, too. There is no marble that has not been desecrated, no grass that has not been trampled, no lamb that has not been led to the slaughter. Unlike what is claimed in some scripts, the end of the world is not a momentary process. Munch’s cry may keep playing in repeat mode without reaching our ears; the sword of Damocles may hover eternally above our heads without deciding to cut them off; snakes in fluo colours may keep eating the innards of Liberty without ever reaching her heart. This Armageddon is playing a cruel game with our patience and our nerves, and one cuckoo, as we all know, does not make Spring – or serenity”. 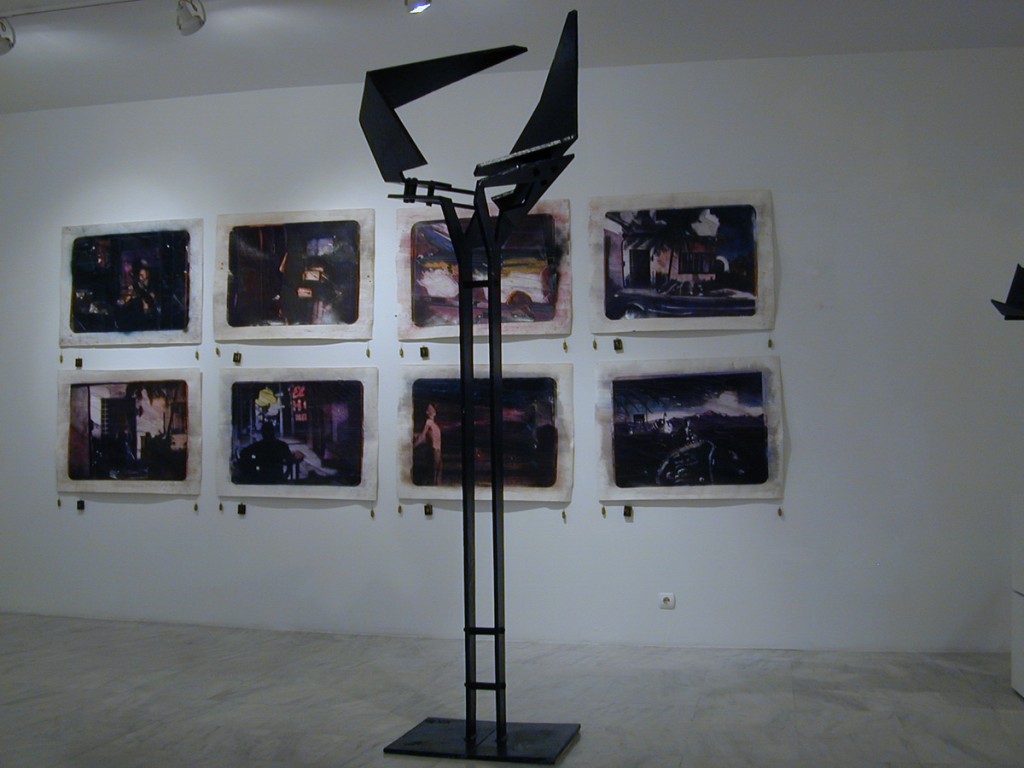 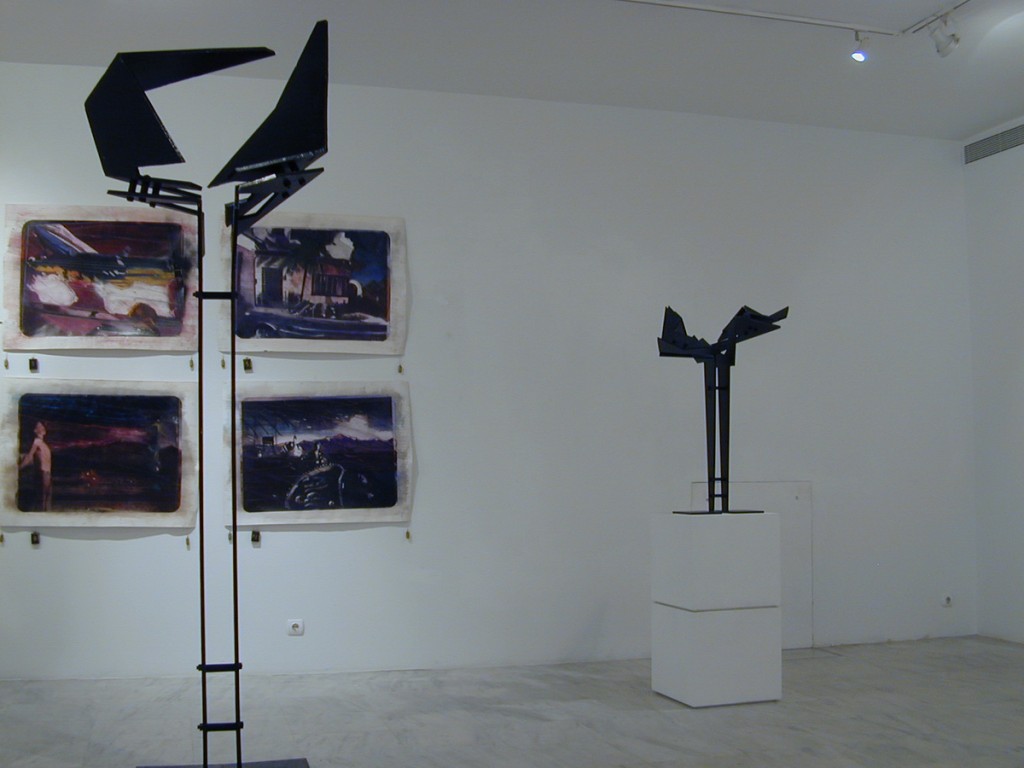 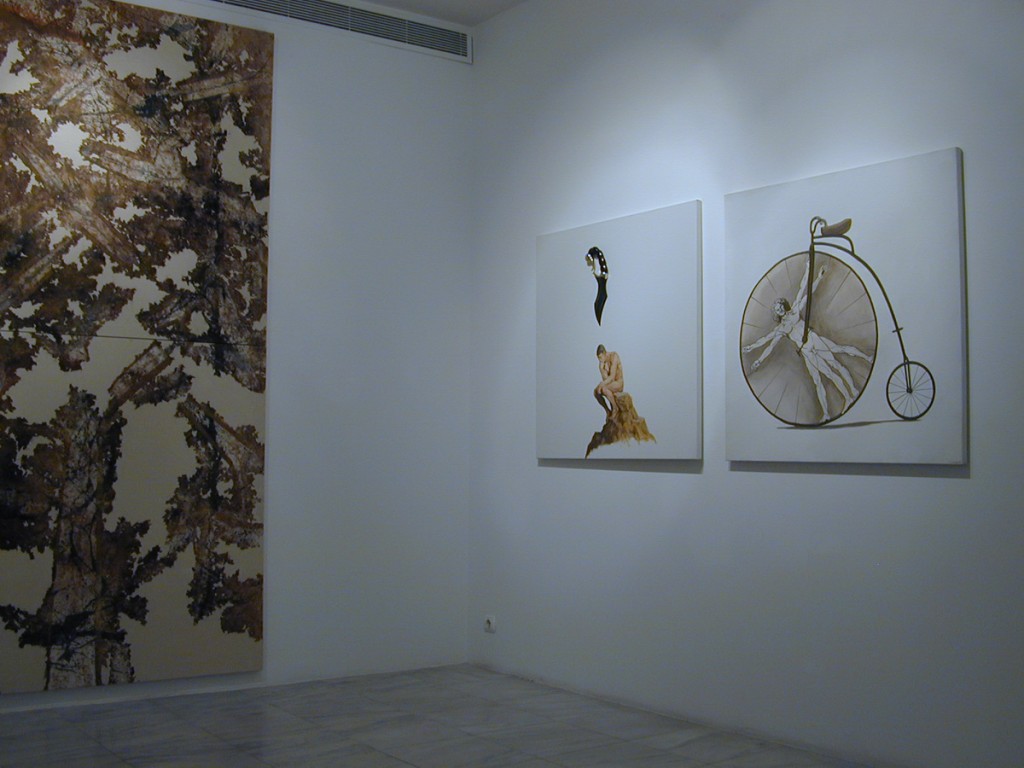 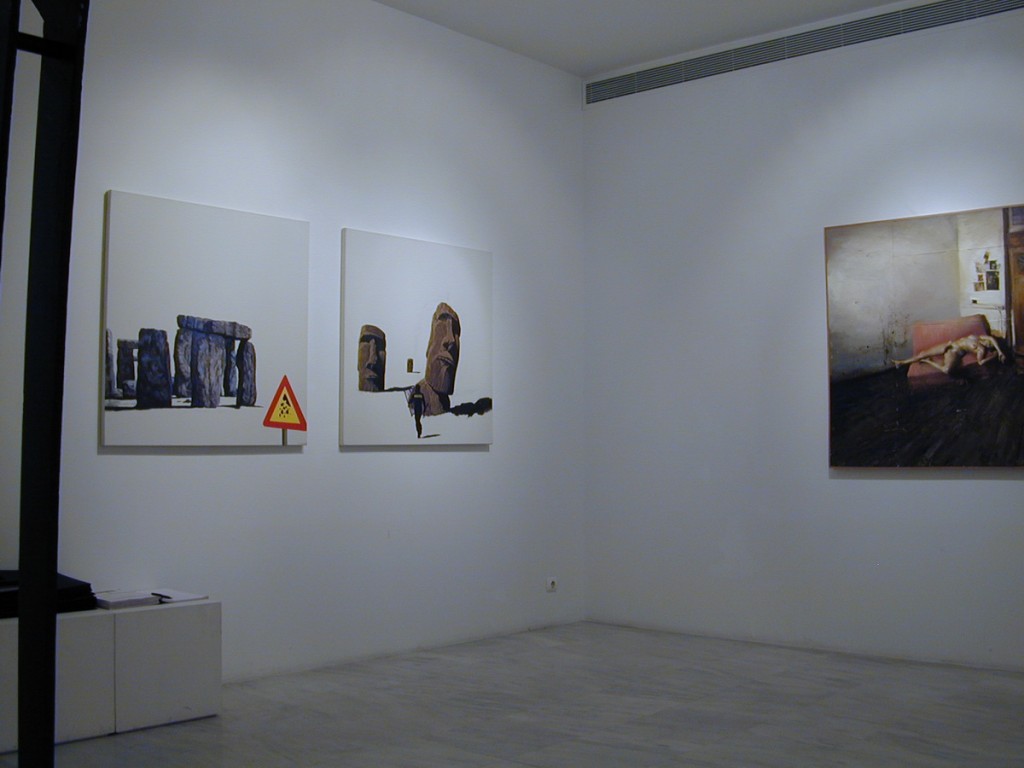 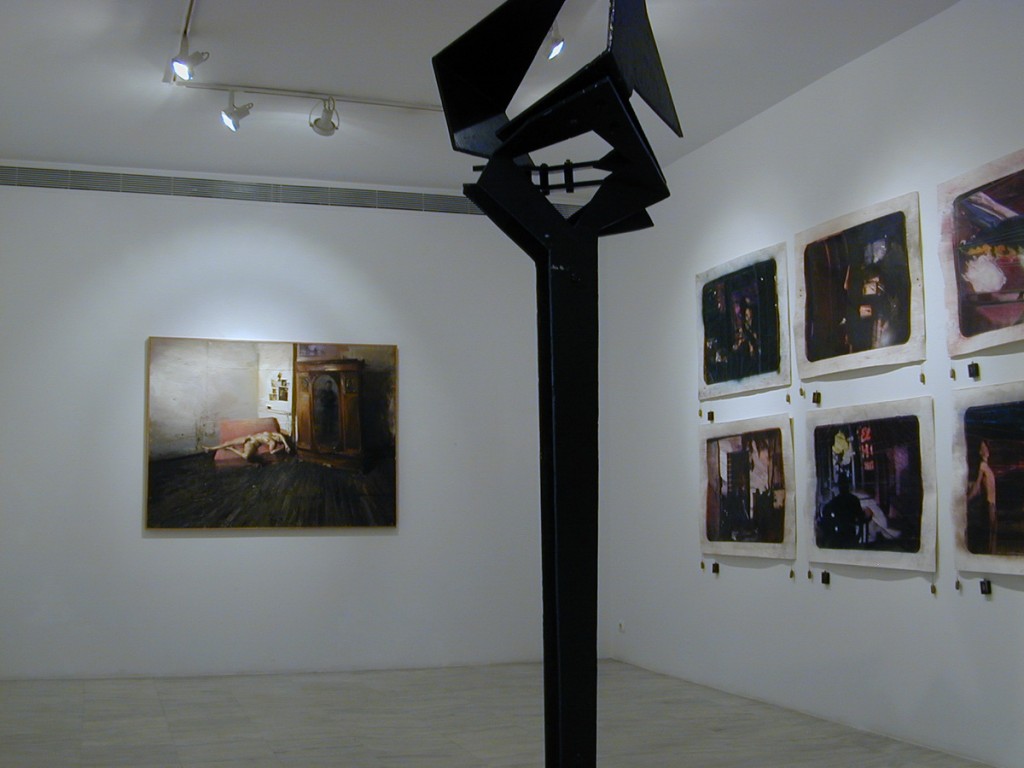 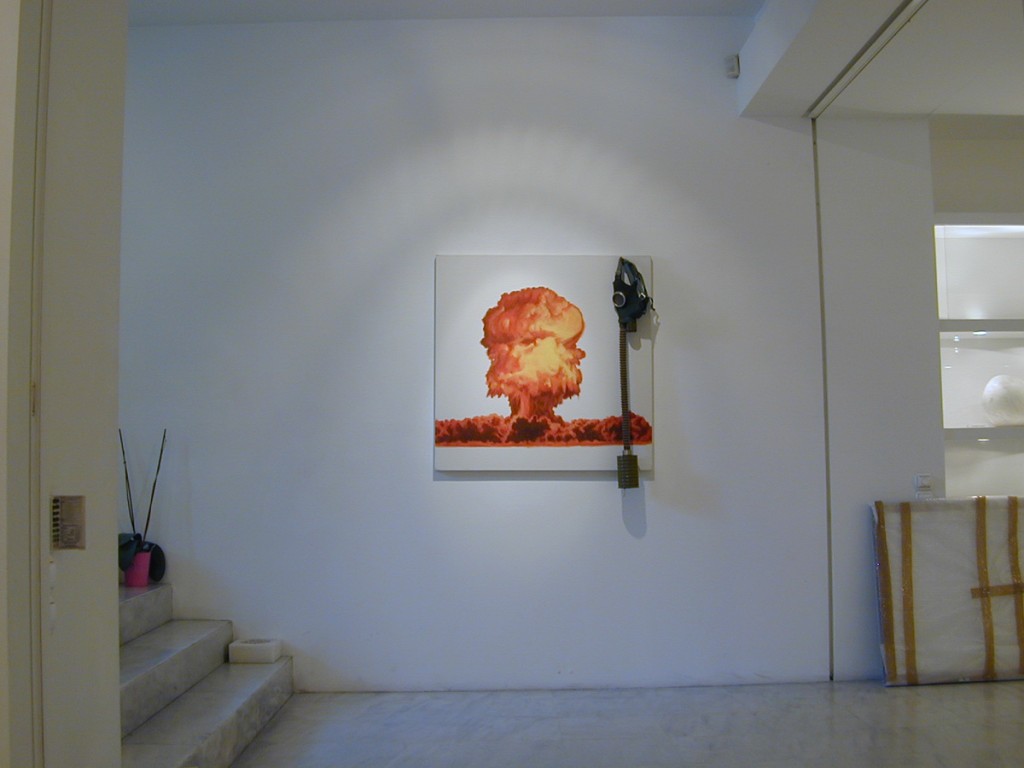