On Thursday, May 26 at 8 p.m. Maria Demetriades opens the exhibition in Medusa Art Gallery with a selection of the best works from the 2011 season.
The exhibited works of Maria Grigoriadi come from her latest series of works with the title “Togetherness”, The joy of coexistence. A joy undermined by lack of space, i.e. lack of time or inclination. Countless parallel snapshots, as if told by an ancient storyteller, are crowded like hints on the canvas. Stories nesting one into the other. An attempt at a collective cry, with bright and joyful colours as the medium. An attempt at bringing together remote worlds on the pretext of a shared emotion. A simultaneous gaze at far away and right here. Our own and the other one. The alien. A (political) denunciation whose weapon is the magic of images and symbols. This is a harvest, a garden. Birth. The distortional mirror of Painting is my own way of understanding reality. It means to fight, to endure, to resist.
Costas Coulentianos shaped his aesthetic identity through a discourse between ancient sculpture and the abstractive quests of contemporary art, which he encountered in 1945, when he arrived in Paris on a French government scholarship. His first solo exhibition came in 1962, at the Galerie de France in Paris. France, which became his adopted country, enabled him to create a series of major works in public spaces. With his innate ability in mastering all kinds of techniques, he managed to introduce into his sculpture minimal shapes and austere forms in combinations which reflect an unequivocal obedience to the natural laws of gravity. The clarity of the plastic forms which is a standard trait in his work results from his dialectical relationship with the technique and his respect for the natural behaviour of the materials. The minimisation of the narrative content of his forms became more pronounced after 1955, when he returned to Greece after a ten-year absence and saw archaic sculpture with a new gaze. From 1960 onward he employed sharp triangular shapes which are intersected by—or detaching themselves from—an imaginary axis in a series of plain, austere works which unfold in space in a balanced and assertive way.
The paintings and installation of Miltos Michailidis to be exhibited are from the entity “A night in Catalonia” and are small colour drawings and a spatial installation. These works are inspired by the traditional Catholic processions in Spain on the day of the Crucifixion and the so-called “dance of death”. Starting from these images, Michailidis creates a parallel visual reality in which the traditions of Catholic faith and the figure of the Crucifix are mingled with those of the Orthodox creed in a tour with seemingly different starting points yet the same ending. Miltos Michailidis was born in Athens, and studied painting at the Accademia di Belle Arti in Milan. He has presented his work in solo and group exhibitions in Greece, Italy, Spain and France.
The oeuvre of Mario Prassinos is the product of the painter’s inspired and highly personal discourse with the main avant-garde trends of the inter-war years—surrealism, cubism, abstraction—within the art scene of Paris where he was moulded, intellectually and aesthetically, from a very young age. Between his first solo exhibition in 1937 in Paris and 1951, when he moved to Eygalières, the outcome of this discourse manifests itself in various expressive modes. His own particular idiom begins to mature in the early ’50s. The abstract landscapes from the Αlpilles, the landscapes he paints on Spetses in 1958 and his gestural abstract landscapes from 1960 onwards foreshadowed his subsequent pointillist script, which began more decisively with the imaginary Prétextat portraits. Using a gesture dictated by a mental automatism, Prassinos scatters his ink dots on the paper to form an image from successive layers of specific and vague figures, like a record of the authentic forms which result from an osmosis between himself and the language of nature and memory.
Duration: 26 May – 29 October 2011 -Opening hours: Tuesday – Friday 11:00 – 14:00 & 18:30 – 21:30 -Saturday 11:00 – 15:00
The Medusa Art Gallery will be closed on Saturdays between June 4 and July 31 as well as throughout August. 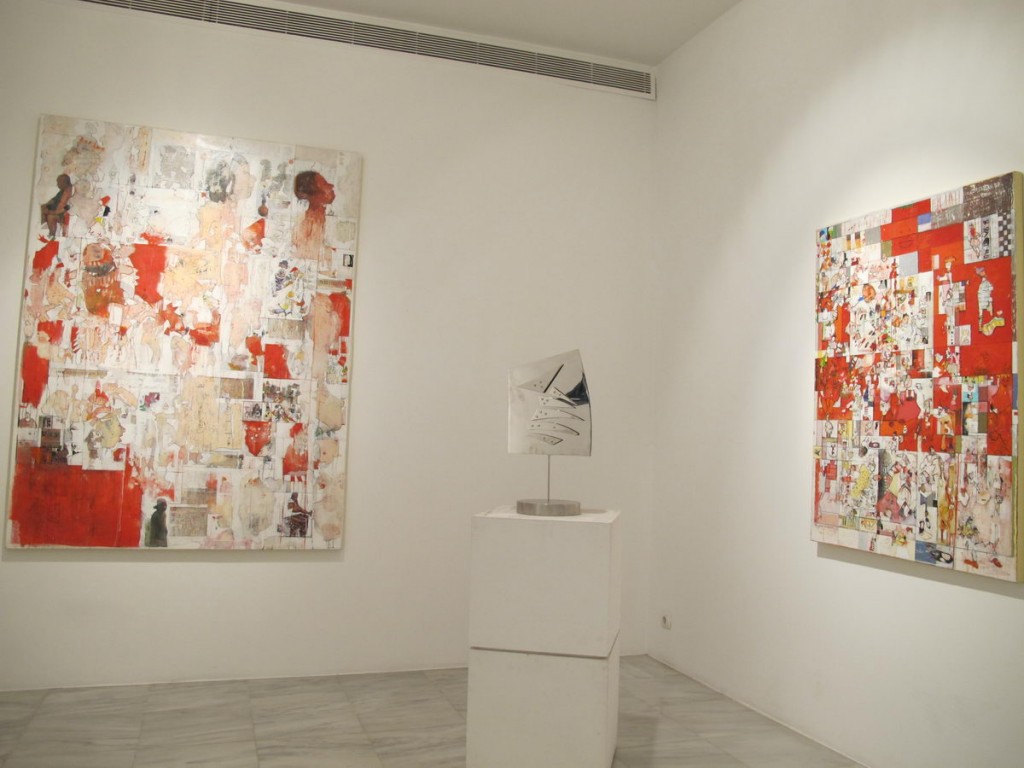 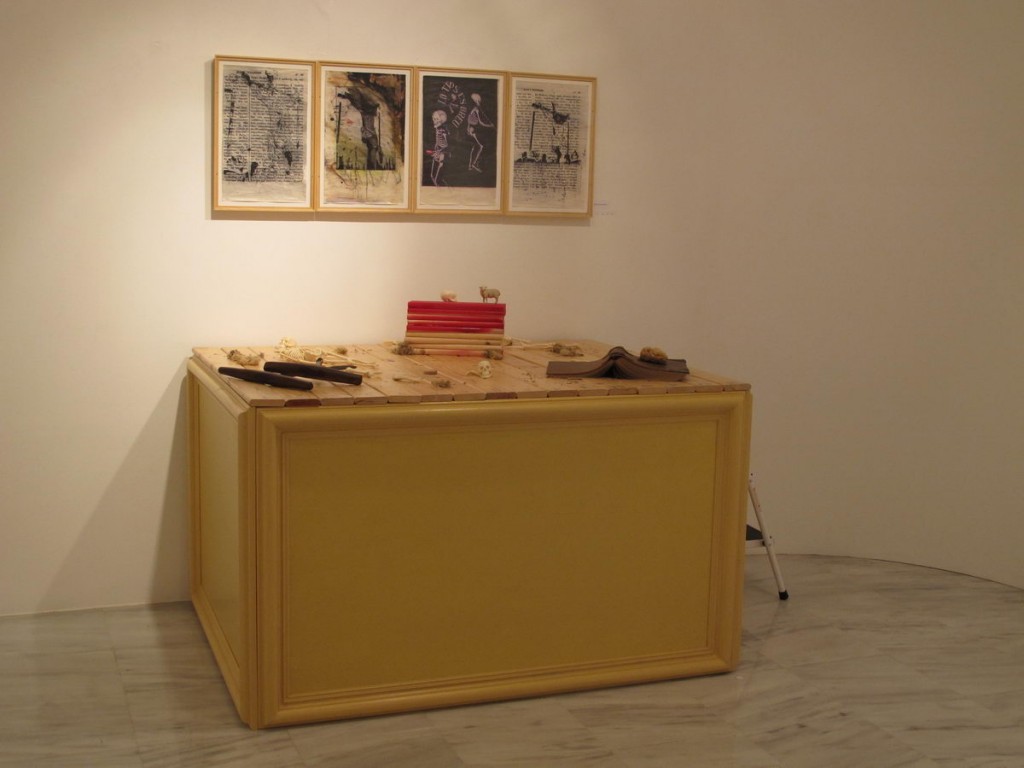 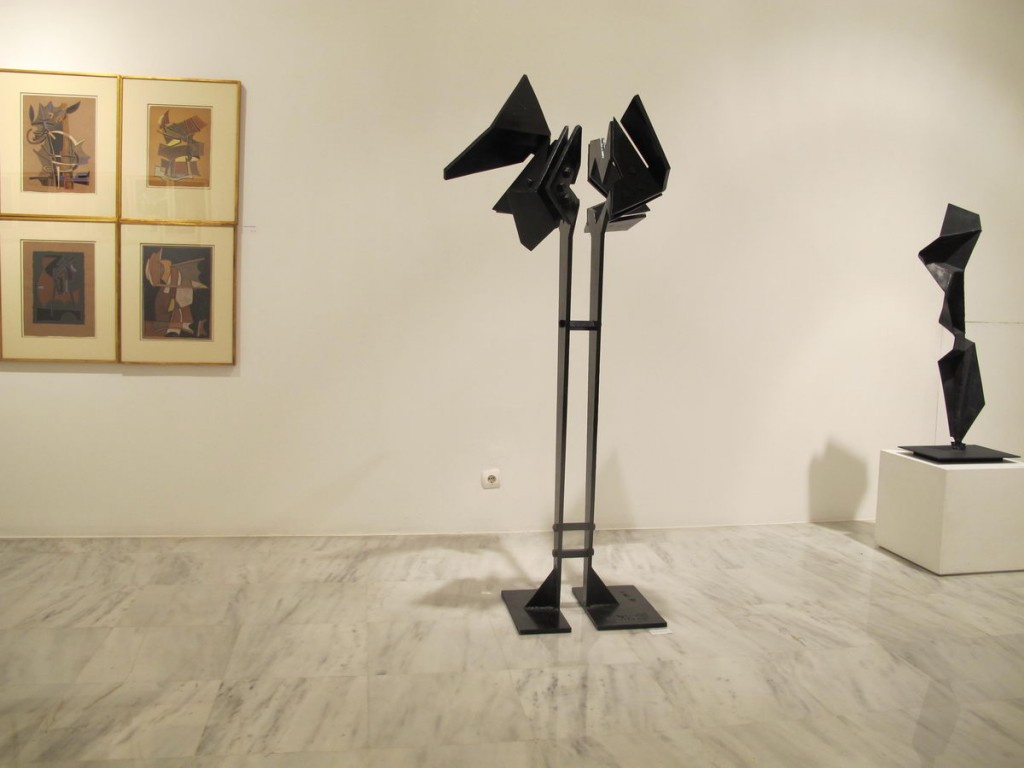 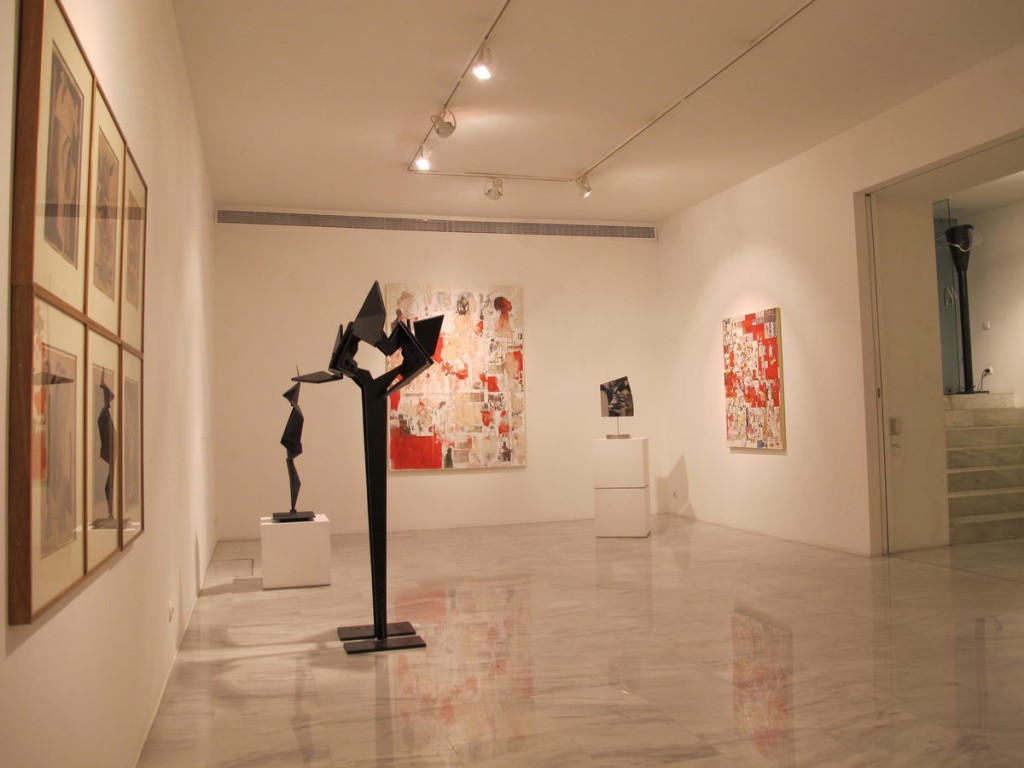 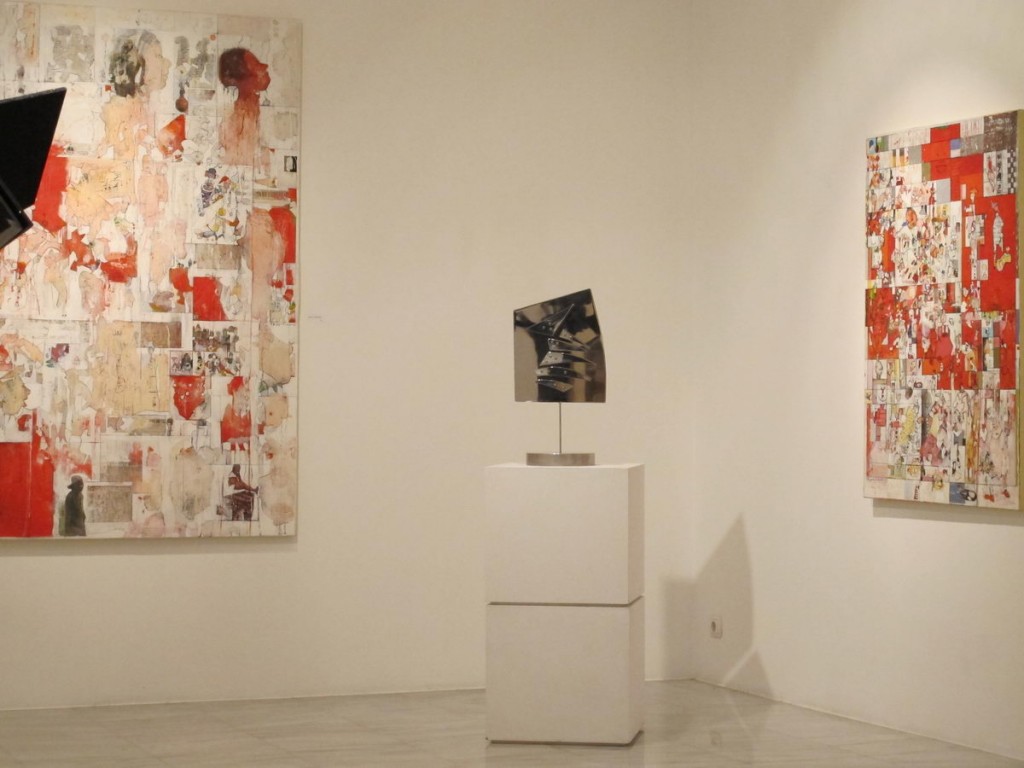 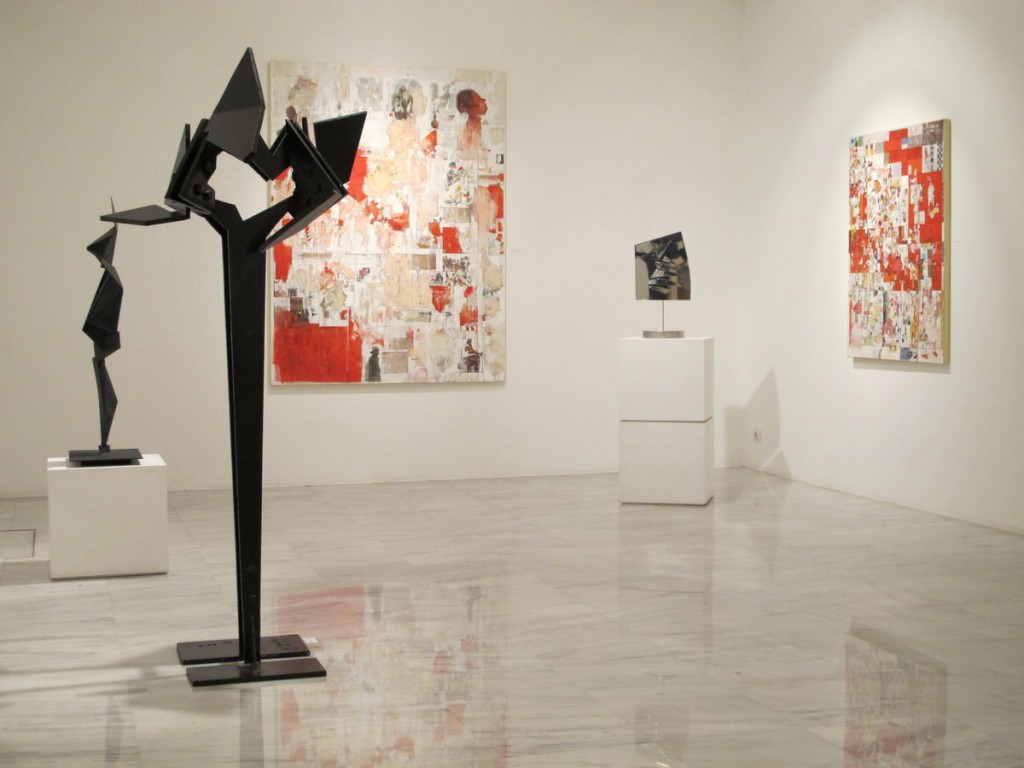 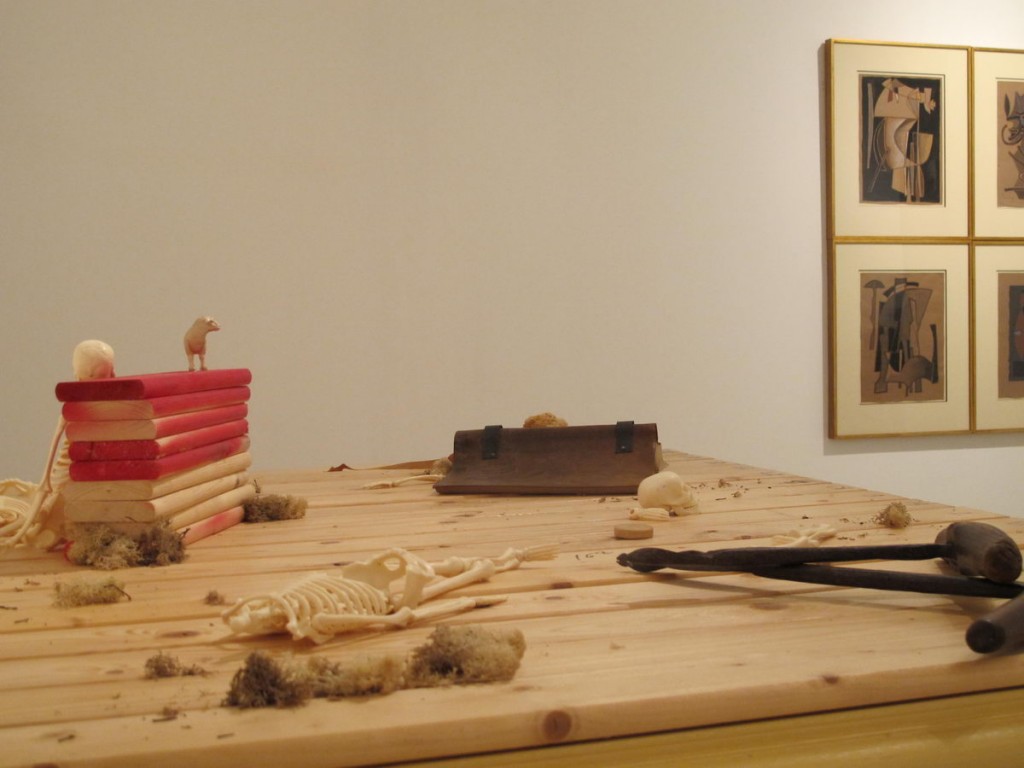 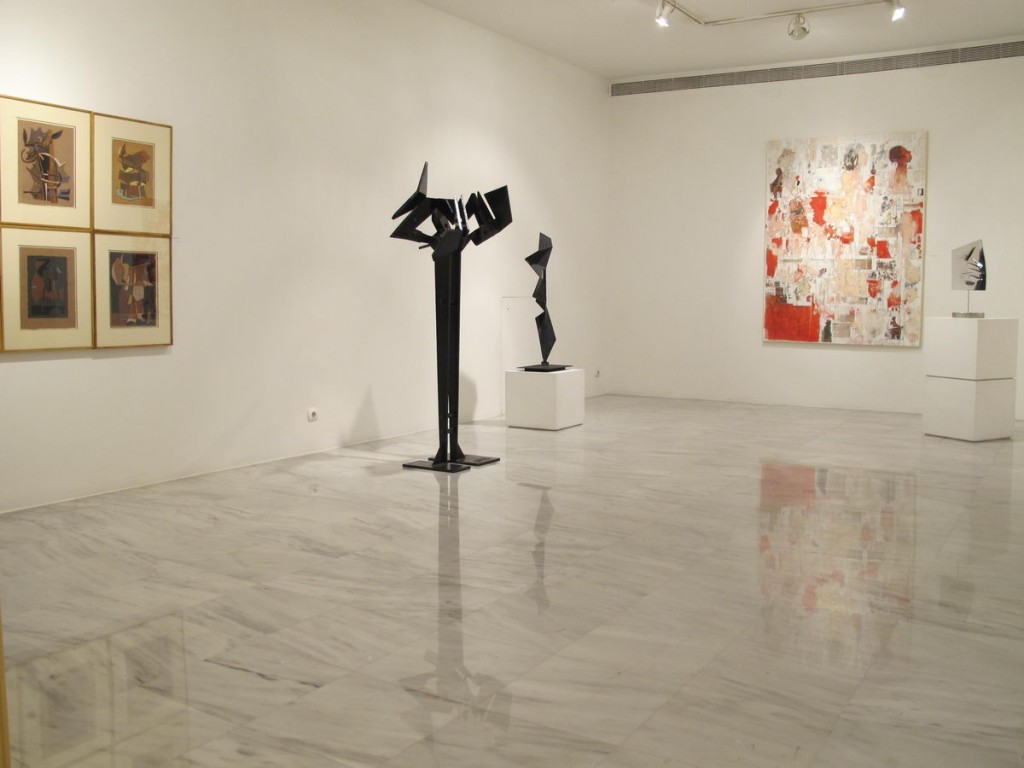