On Thursday, June 14 at 8.00 in the evening Maria Demetriades presents “The best of 2011 – 2012” at the Medusa Art Gallery—a selection of the best works among those exhibited throughout the season.

The works of Yannis Tzermias, under the general title Oedipus: Images after the blinding, point to the eternal conflict between light and darkness, which the painter employs to turn the tragic hero’s memories into images. His paintings and drawings, both large and small, take the viewer on a journey across the hero’s tonal space-time through symbolic works which lead to the ultimate catharsis.

Six years ago Eleni Zouni embarked on a research project with drawings-references to paintings from the past, where the momentary Touch seems to be the code for interpreting the image. She uses various materials to paint and convey into contemporary reality the notion of Touch and Engagement with what surrounds us; with what is taking place now. Her works are identical circular journeys of situations and emotions through Time.

In a series of large-scale clay sculptures under the general title “Epifanta”, Maria Vlandi embarks on a quest along which she moulds, develops, discovers and devises the unique quality of a plastic art “in the making” which eventually culminates into a monolithic formation. Although abstract in nature, this formation still point the viewer to recognisable, familiar worlds.

Lina Bebi presents a series of some 300 pencil drawings on Α4 paper based on the workbooks she has been keeping for many years. Her rich yet disparate visual material with its references to personal obsessions, art history and current affairs is turned into silhouettes which unfold, like a shadow-theatre troupe, a symbolic personal narrative in chronological order that comments on personal and collective anxieties in a bitterly humorous way. 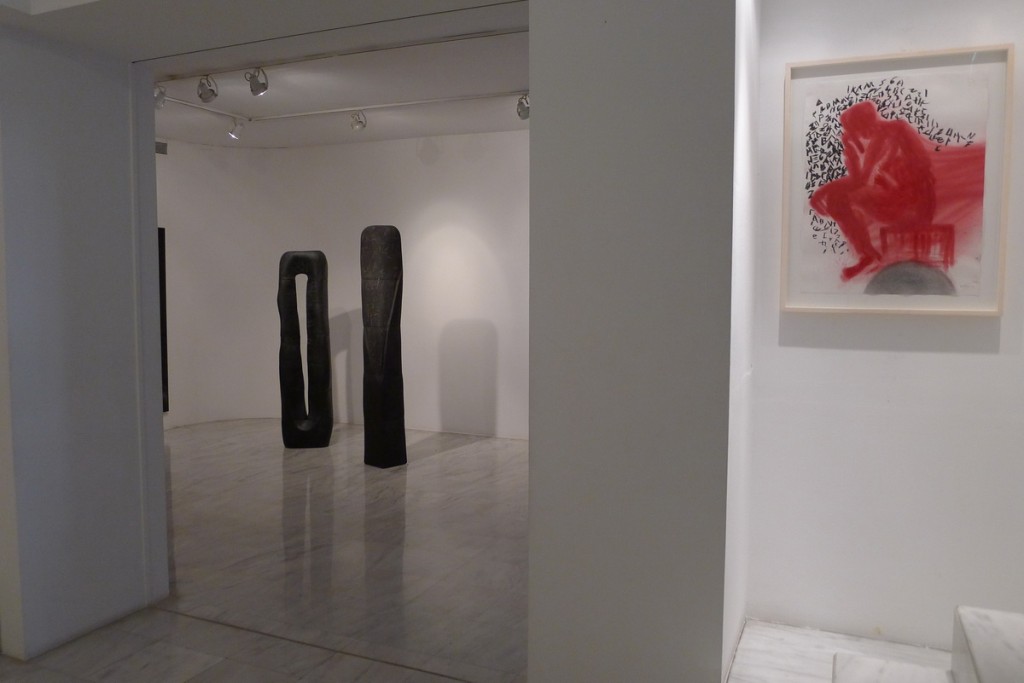 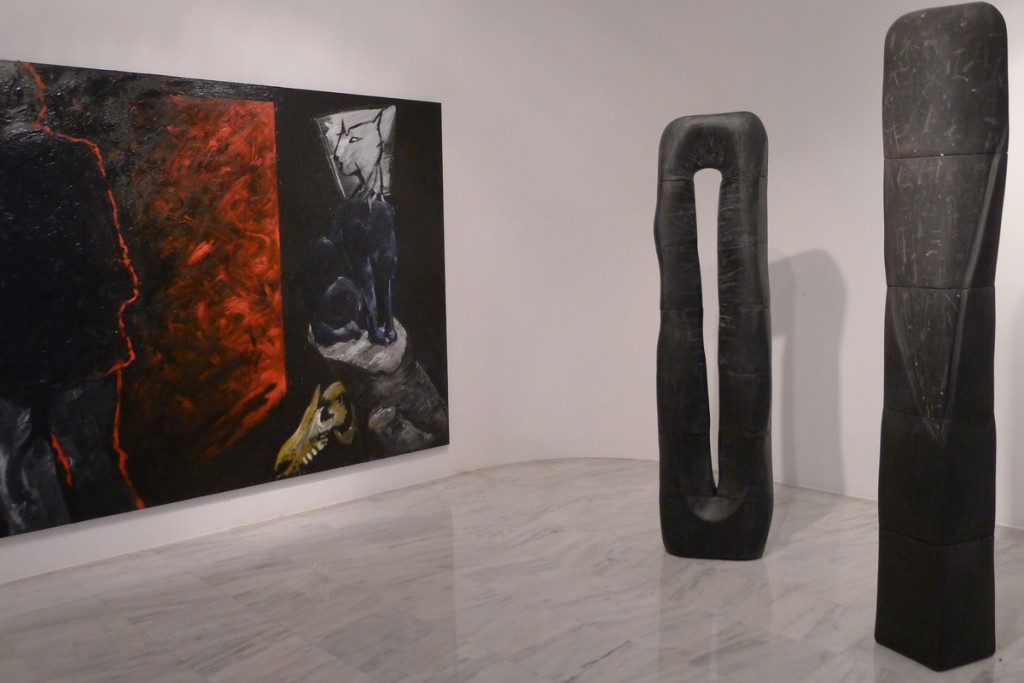 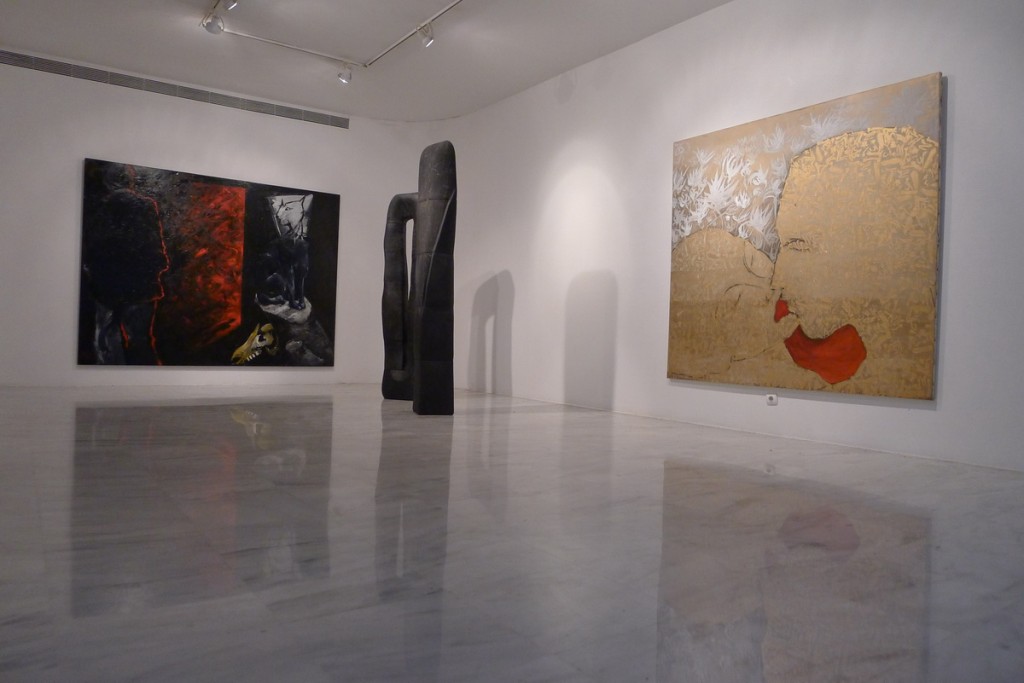 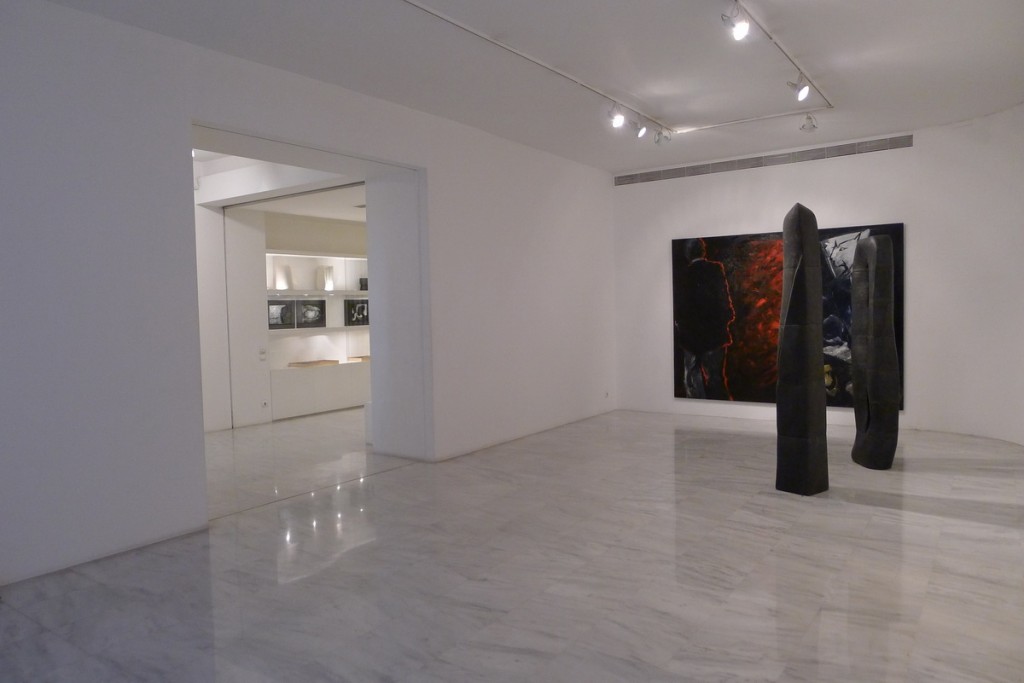 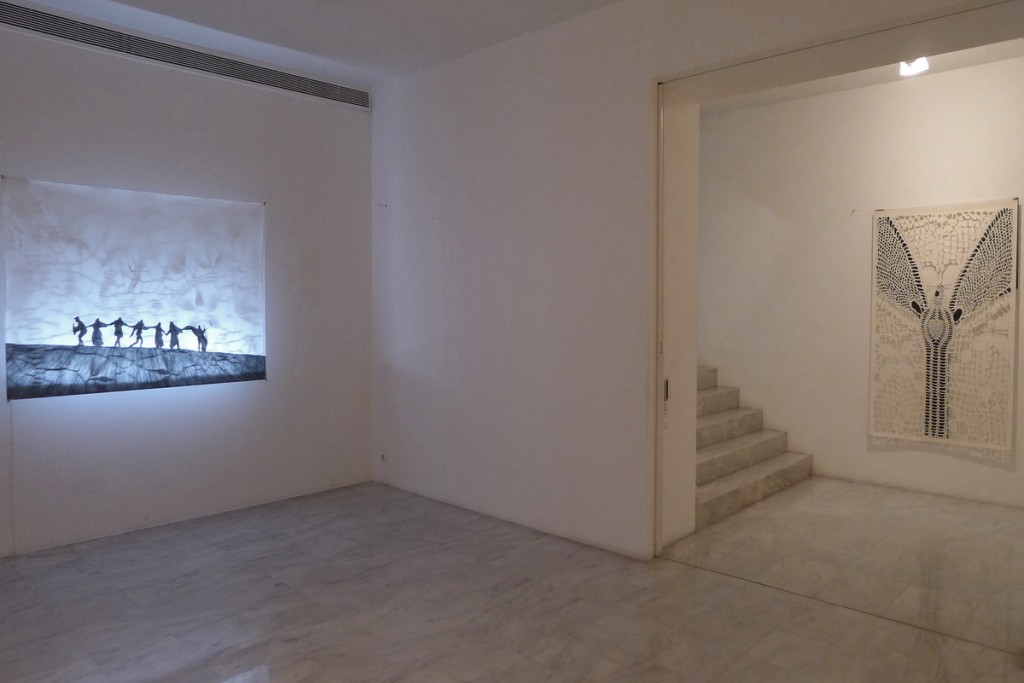 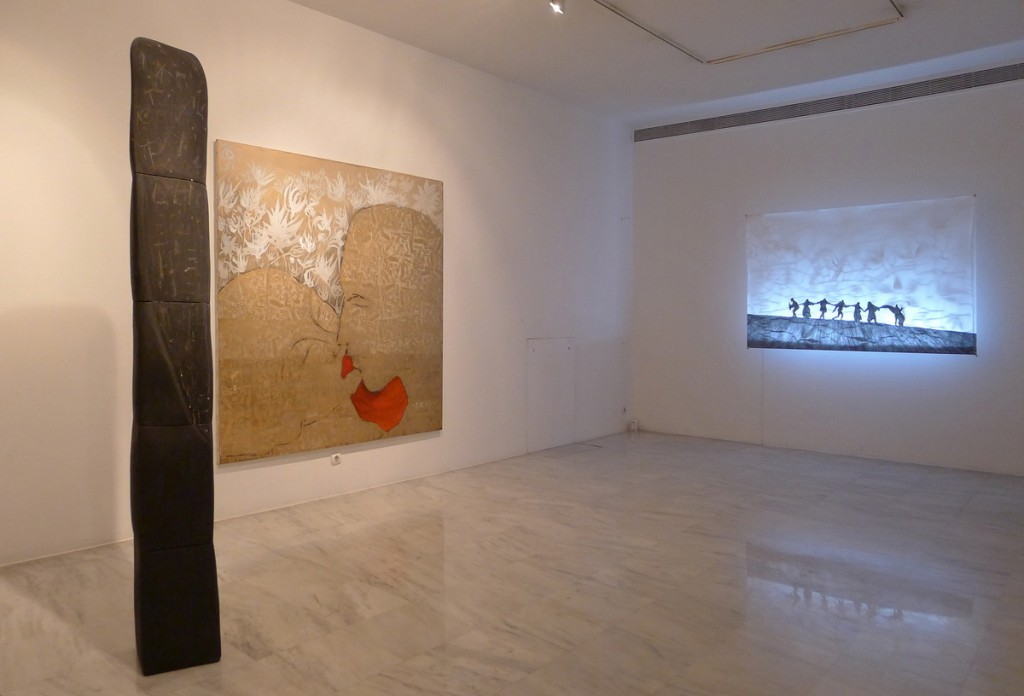