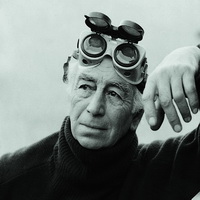 Costas Coulentianos was born in Athens on December 21, 1918. He studied at the Athens School of Fine Arts (ASKT) from 1936 to 1939. In 1940, he volunteered for the Albanian front, and from 1941-1944, he participated in the Greek resistance.
Coulentianos arrived in Paris 62 years ago (in December 1945), with a scholarship from the French government.
He briefly attended the Paris School of Fine Arts, and studied at Zatkin’s studio (Le Grande Chaumiere) for a short period
as well. During this time, Coulentianos began to move away from the academic sculptural concepts that he had been taught in Athens.
In 1947, he met Henri Laurens, and this relationship had a large influence on the direction he would take in his career. His sculptures, many made from lead during this period, show Laurens’s influence (1947-1952).
In 1952, he focused his work on iron, creating rounded, organic forms. This important period centers on the “acrobat” sculptures (1952-1959). His last acrobat was created in 1959, after which he moved into abstract work.
He had his first solo exhibition in 1962 at the Galerie de France, which was quite well known at the time. An important characteristic of his sculptures of this period (1960s) is the original welding technique with bronze rods melted onto each piece and then polished. Coulentianos also started to work with architects, creating sculptures that were integrated into architecture. He created large, voluminous pieces for public buildings and spaces, as well as numerous mural installations in plaster or concrete from single, repeated block patterns created from polyester molds.
In 1966, Coulentianos moved to the center of France, where he built his studio and designed and constructed large looms for the production of tapestries (1969-1975). This period is also when he began creating his first “bolted” sculptures, which would define the technique he then used to create sculptures during the later part of his life.
He taught at Les Art Deco (Paris) from 1975-1976, and following his move to the south of France in 1979, he taught at the Marseille School of Fine Arts (1979-1980).
Between 1979 and 1982, he created a new series of sculptures called “New Generation,” with which he represented the Greek exhibit at the Venice Biennale in 1980. From then on, and for the last fifteen years of his life, he worked very closely with Greece, often having exhibitions, right up through 1991.
Coulentianos takes his place in the history of sculpture as a true artist, both in his expression and his technical prowess. His work stems from an essential theme-woman-as a naked figure: seated, reclining, or as a standing acrobat or dancer.
Step-by-step, he was drawn to question the traditional concepts he had been taught, and eventually freed himself from expression through the representation of the human form. His work no longer expressed that which can be seen, but instead, showed his creative inner forces.
Loyal to his strong roots that determined his early artistic training in Greece, he remained particularly attached to ancient Greek sculpture, and went on to create works that had simplicity, authority, balance, and life force. 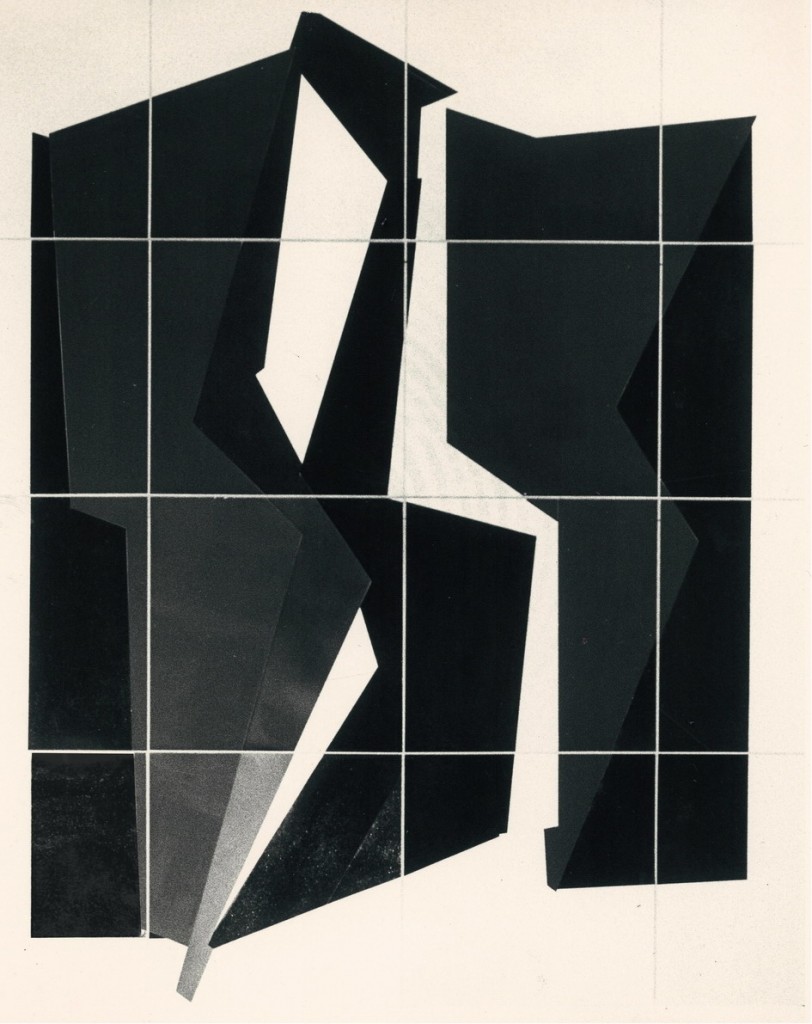 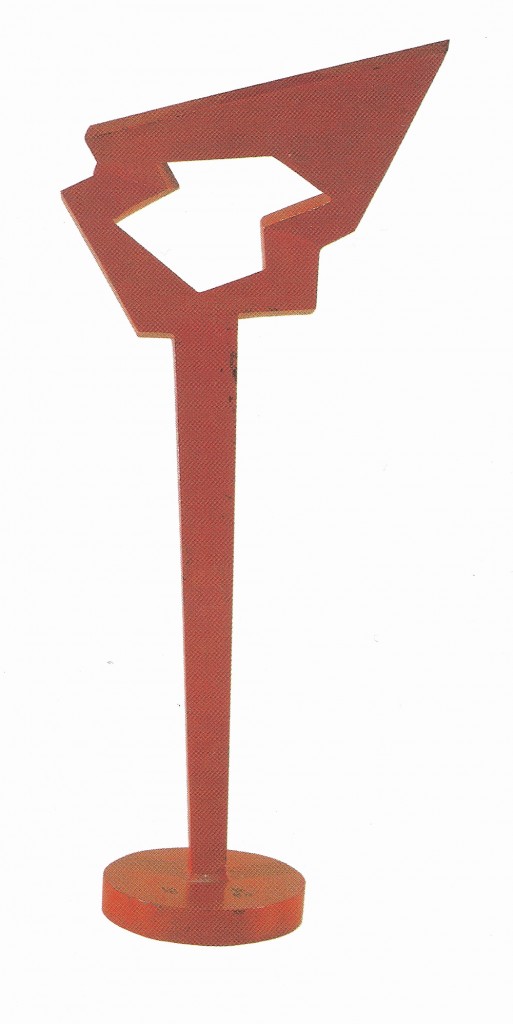 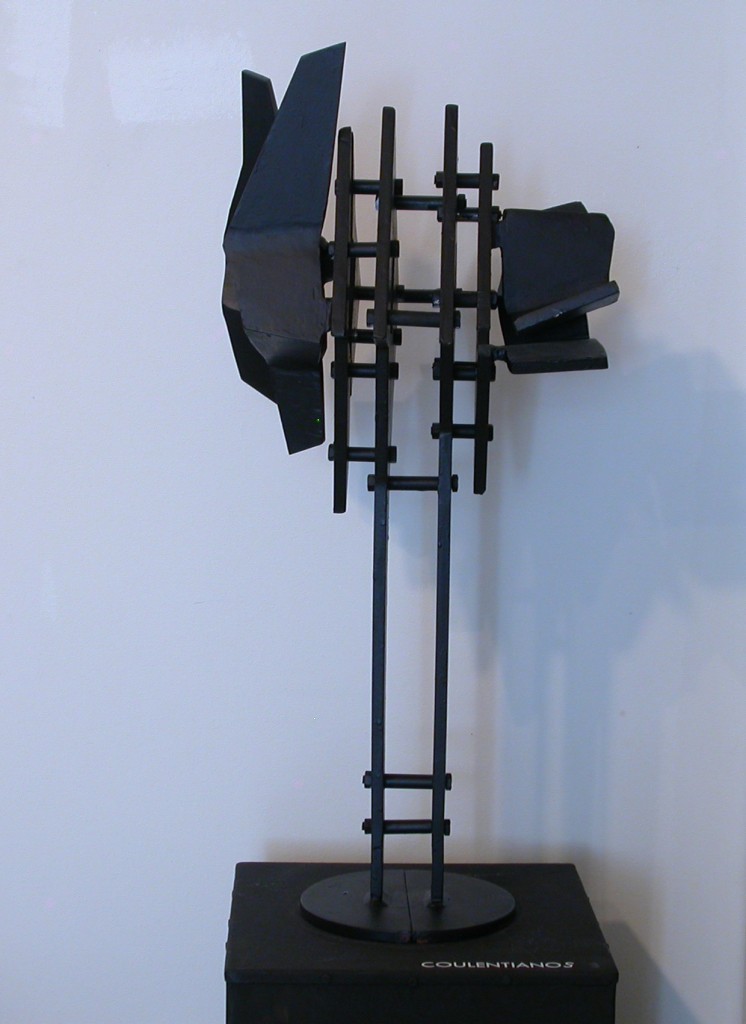 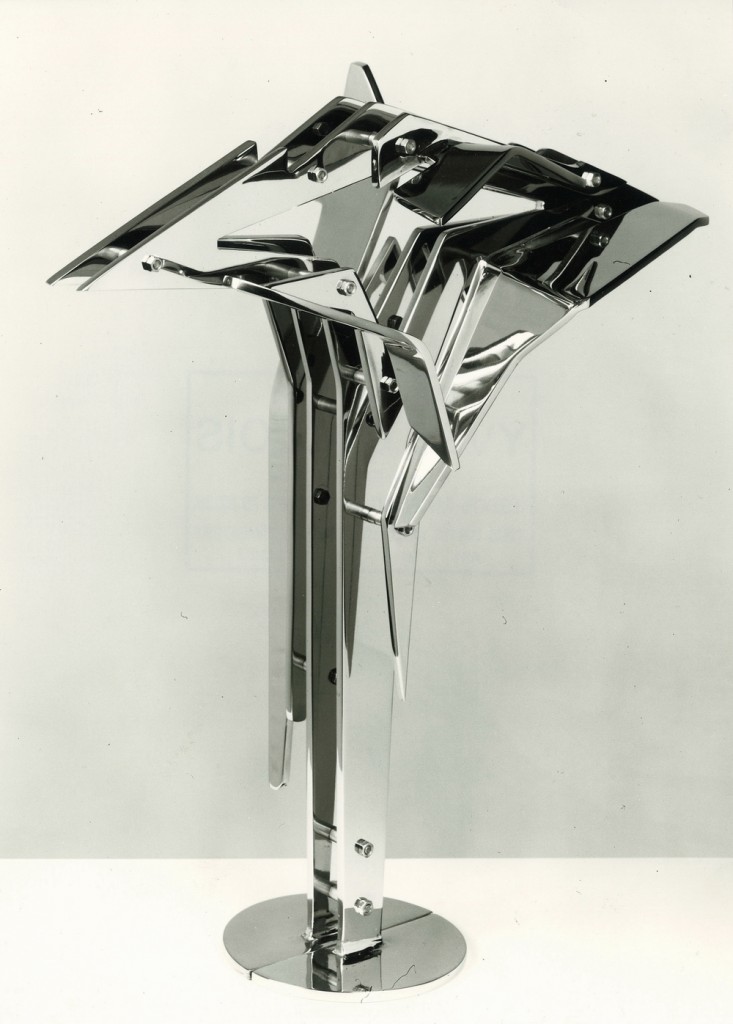 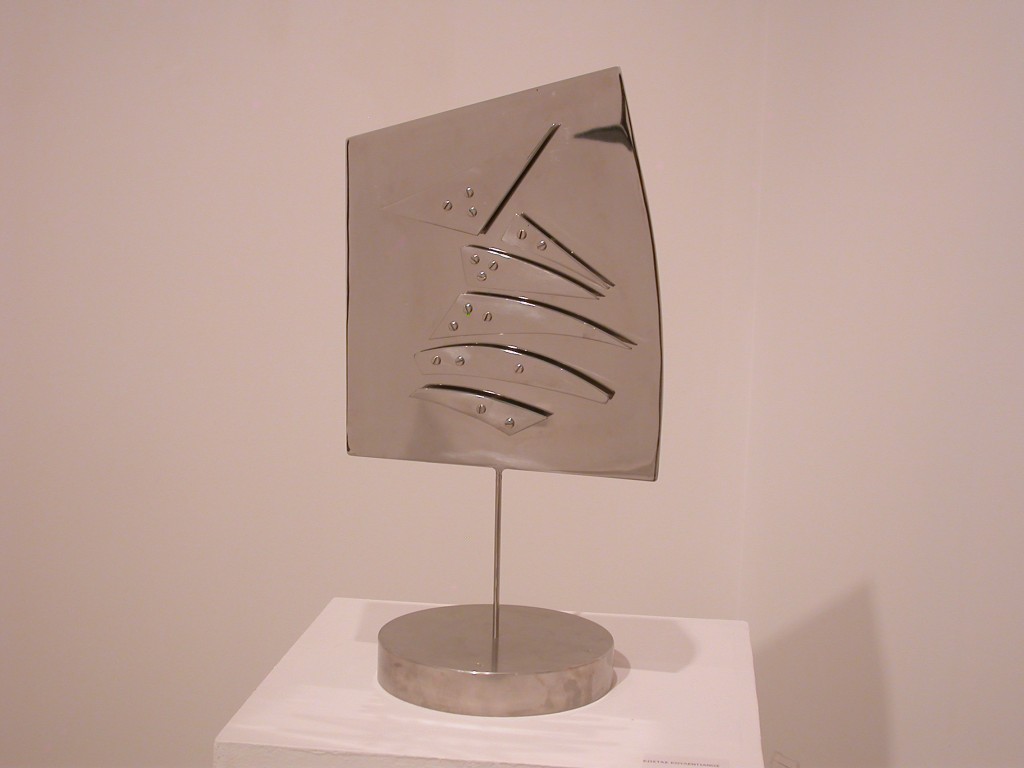 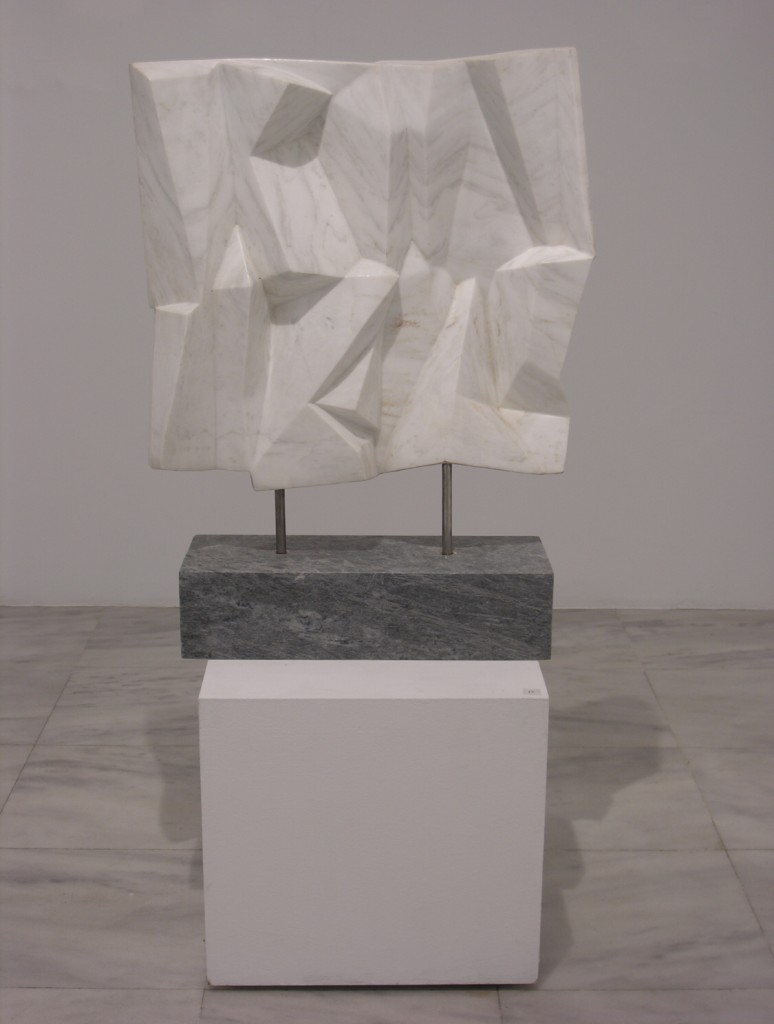 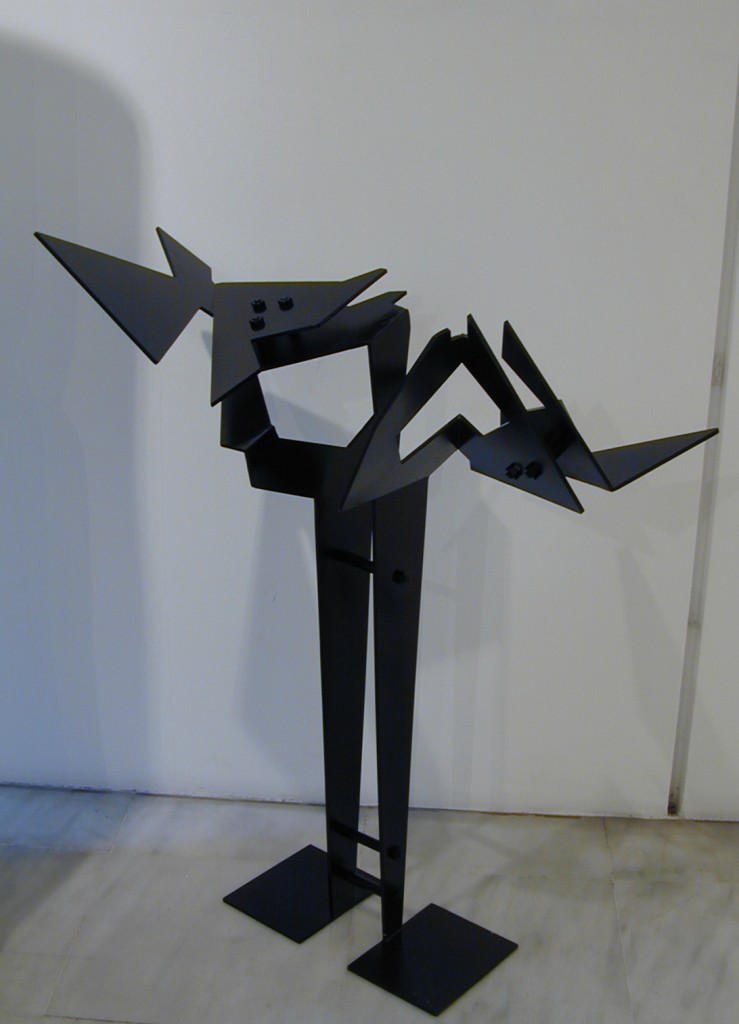 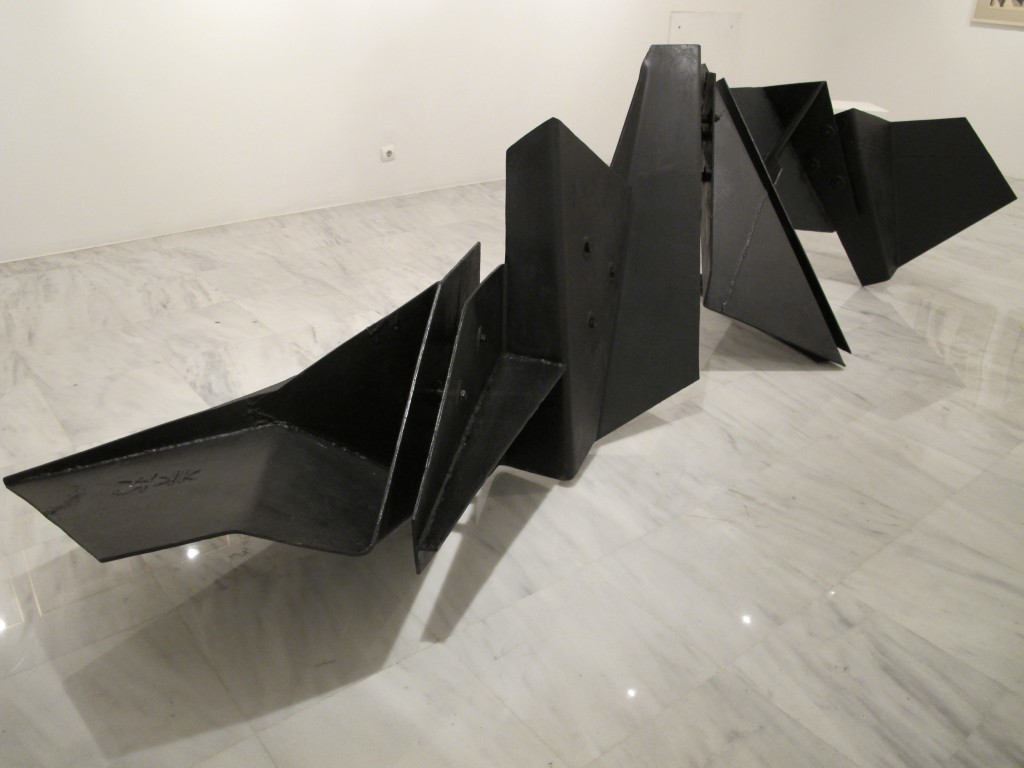 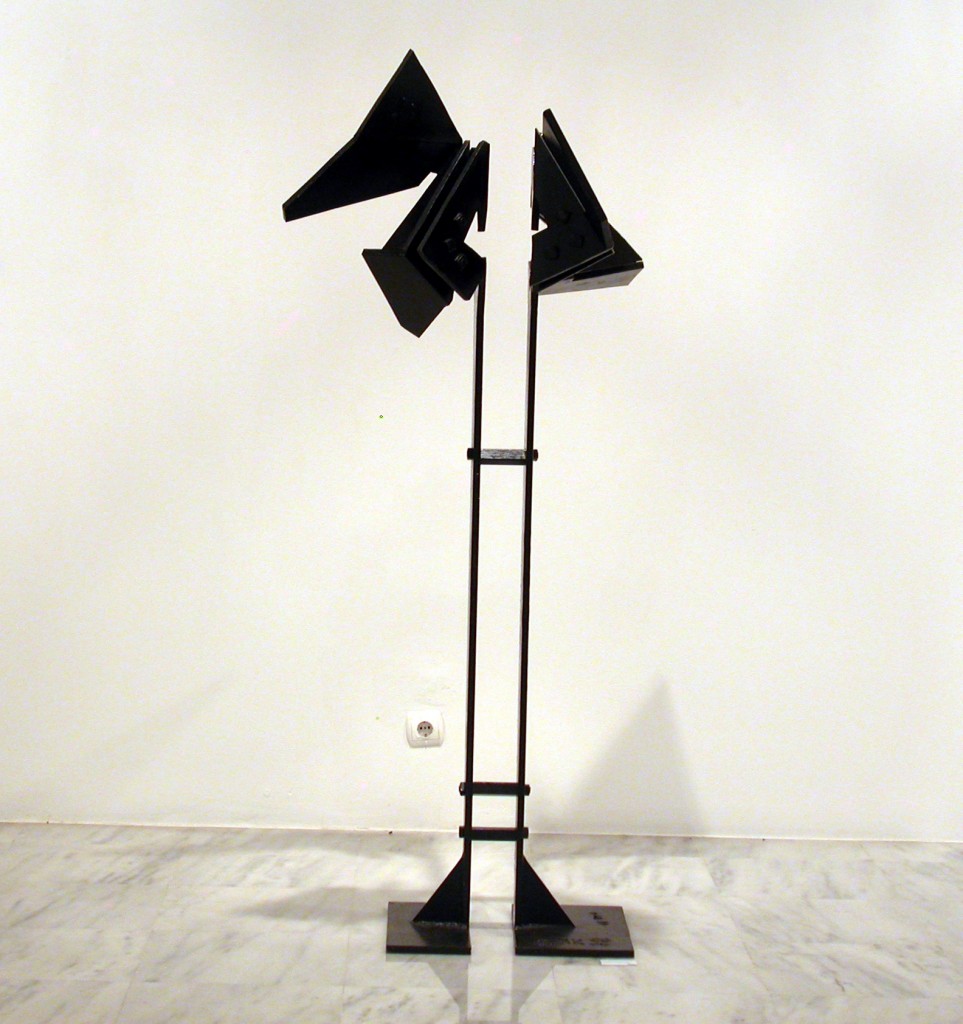