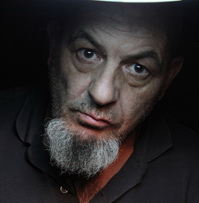 Visual Artist. Born in Sparta on 03.02.1957.
He graduated from the 5th Lyceum of Exarchia in Athens and studied under the outstanding artist Costas Iliadis. In 1978 he went to Paris and embarked on his irregular art studies, starting with painting at the Ecole des Beaux-arts and continuing with sculpture at the Ecole de Arts Plastiques and drawing at the Académie de la Grande Chaumière. He rounded up his art education with photography studies at the ESAM. Throughout his studies in Paris he was guided by the sculptor Costas Coulentianos.
He presented his first solo exhibition while still a student, at the Bibliothèque de Mantes-la-Jolie. This was followed by several solo exhibitions, and since 1997 he is an associate of the Medusa Art Gallery. Some of his most important exhibitions are: “Domestic Farm”, Medusa Art Gallery; 1997, “Flowers”, Medusa Art Gallery, 2002; “Kookoo”, Medusa Art Gallery, 2008; and the solo exhibition on Hydra in 2011. He has participated also in group shows, including the ELGEKA exhibition at Menidi in 2011. He takes part in the Art Athina exhibitions, and directs performance art events.
His works can be found in several major private collections, including those of Alexander Iolas, Dakis Joannou, Leonidas Beltsios, David, and Ion Vorres. Many art critics have published reviews of his work; among them, Yorgos Tzirtzilakis, Olga Daniilopoulou, Sotiris Pastakas, Megacles Rogakos, Nikos Xydakis, Katerina Gregos, Maria Marangou, Vivi Vassilopoulou. 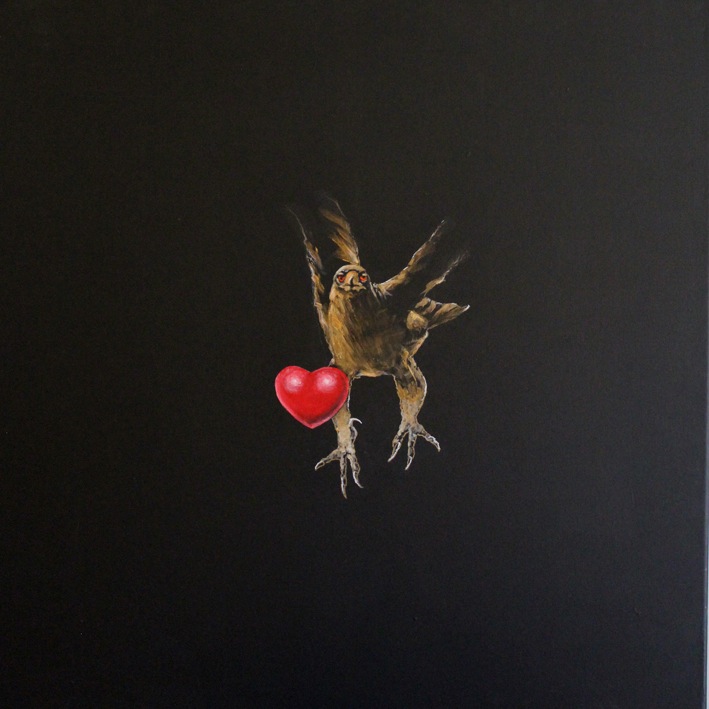 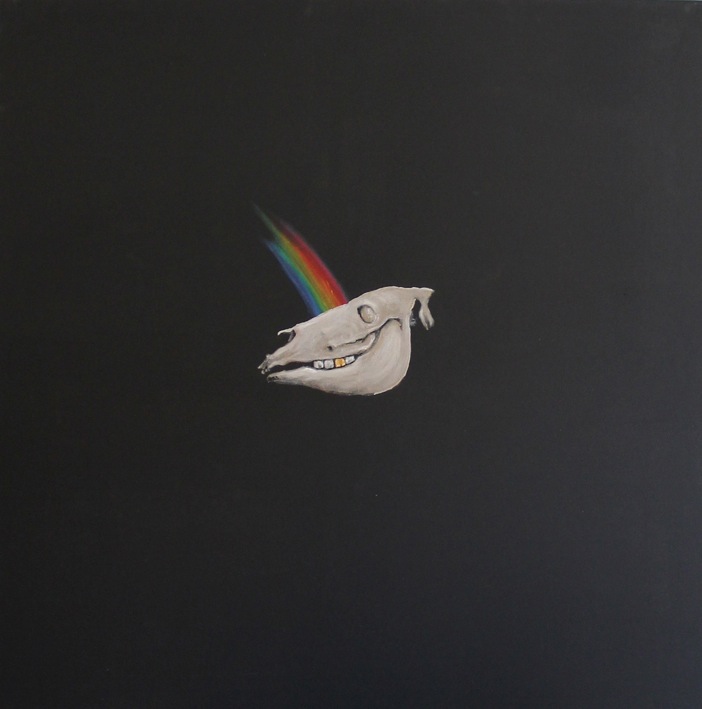 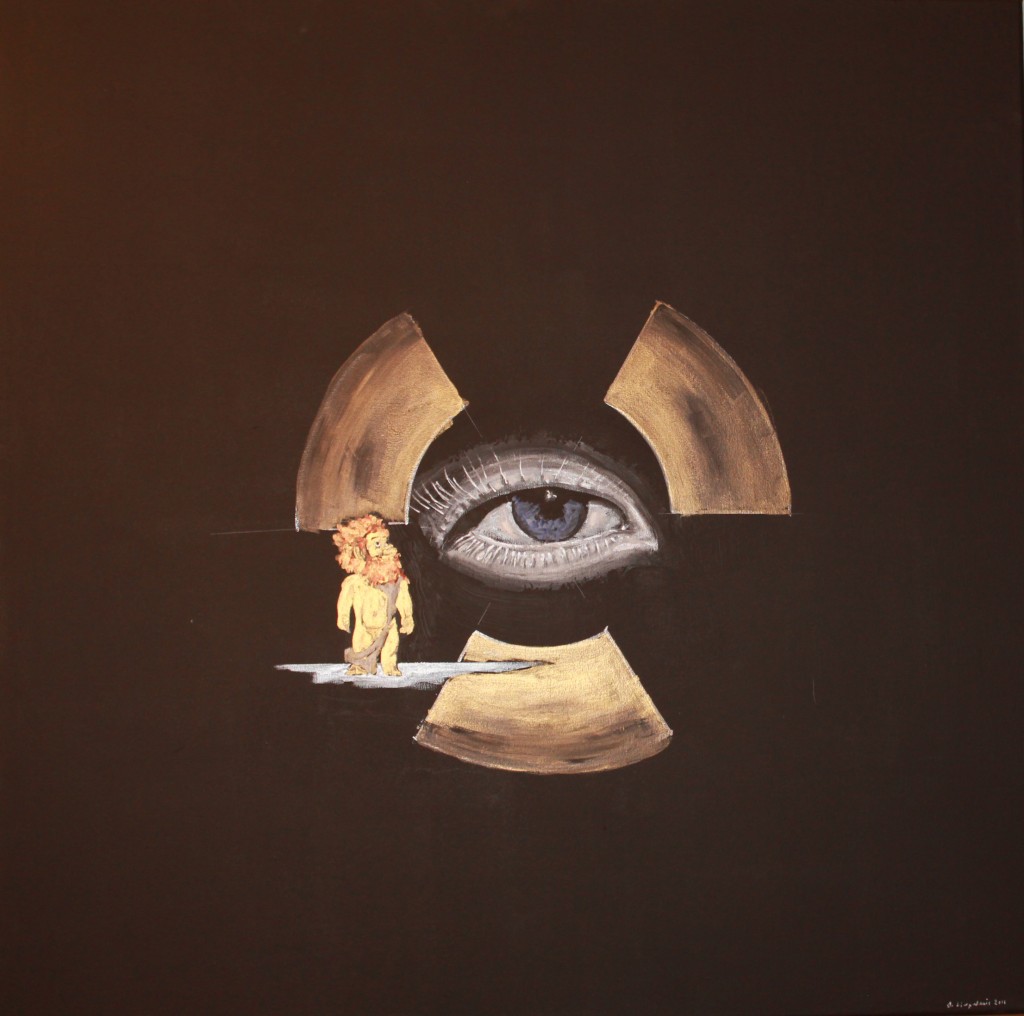 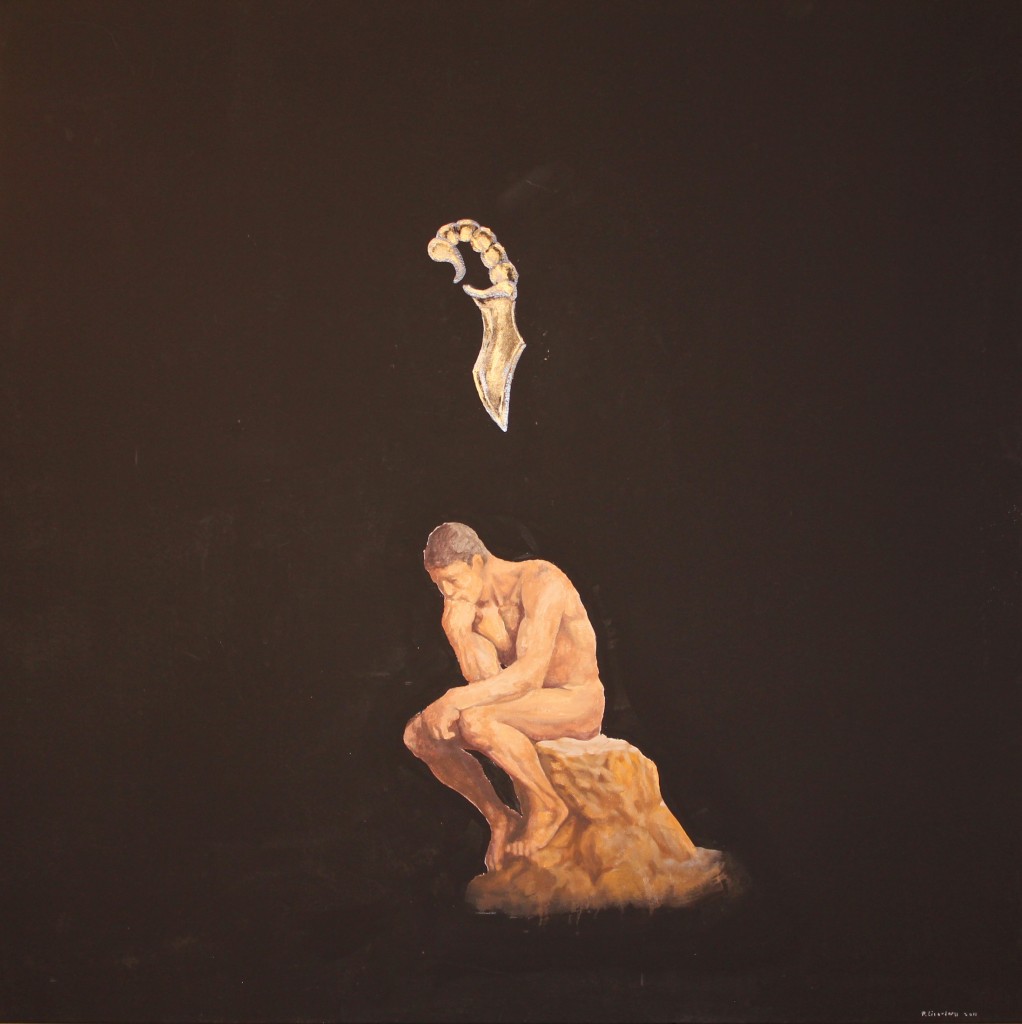