The House of Art
An old olive press facility in Paros, built in an austere industrial form, has been turned into a house. Gallery owner Maria Demetriades has created a special place, more artwork than home, which gives her the sense of freedom she loves so much

Lefkes is a quiet mountain village which has retained its architectural character intact. With the colourful facades of the neoclassical houses and its winding lanes, this beautiful village prospered in the 19th century as the island’s capital and thanks to the quarries which gave the famous local marble, known since Antiquity for its whiteness and for the exquisite sculptures made with it.
When Maria Demetriades first visited Lefkes, she fell in love with the old oil mill that stood among the vineyards. The island …adopted her, and now she spends much of her life there, the rest of the time running the Medusa Art Gallery in downtown Athens, where many distinguished Greek artists exhibit their work. Not surprisingly, her house is itself a work of art. The owner liked the rough industrial form on the outside, so she left the thick stone walls exposed; inside there are no partitions so as to reinforce the impression of freedom and expanse. Spacious and with cool marble floors, it is comfortable and ideal for holidays. The same local marble lines the veranda and the large bathroom, where the sink, designed by Maria herself, is a true work of art. Stone and wood dominate the décor. The space is striking, with traditional high ceilings with thick wooden beams and reed, while the sunlight of the Aegean comes in through the large windows with their wooden frames, hits the white stone walls and highlights the artworks. We are surrounded by the creations of such major Greek artists as Yorgos Rorris, Yorgos Gyparakis, Panos Raymondos, Nakis Tastsioglou and Yannis Dimitrakis. A select few pieces of furniture, unique designs by Greek artists like Takis or coming from well-known firms and designers such as Arflex and Philippe Starck, complete the austere setting.
The marble paths in the garden, which look like pieces from a jigsaw puzzle, lead to the vegetable patch where you can have the pleasure of gathering fresh tomatoes and washing them under the spring water. At dusk, Maria and her guests gather on the terrace to enjoy the view over the white roofs and the olive trees. The spectacle becomes magical at sunset, among the lit candles and Takis’s Triple and Aeolian Signals. 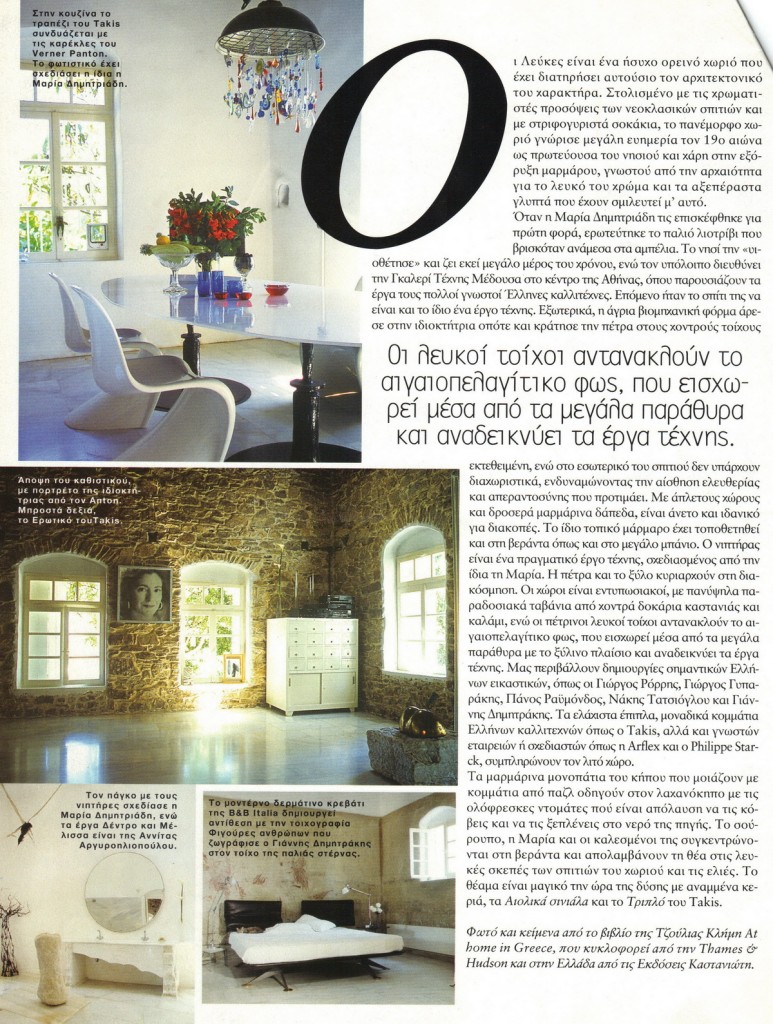 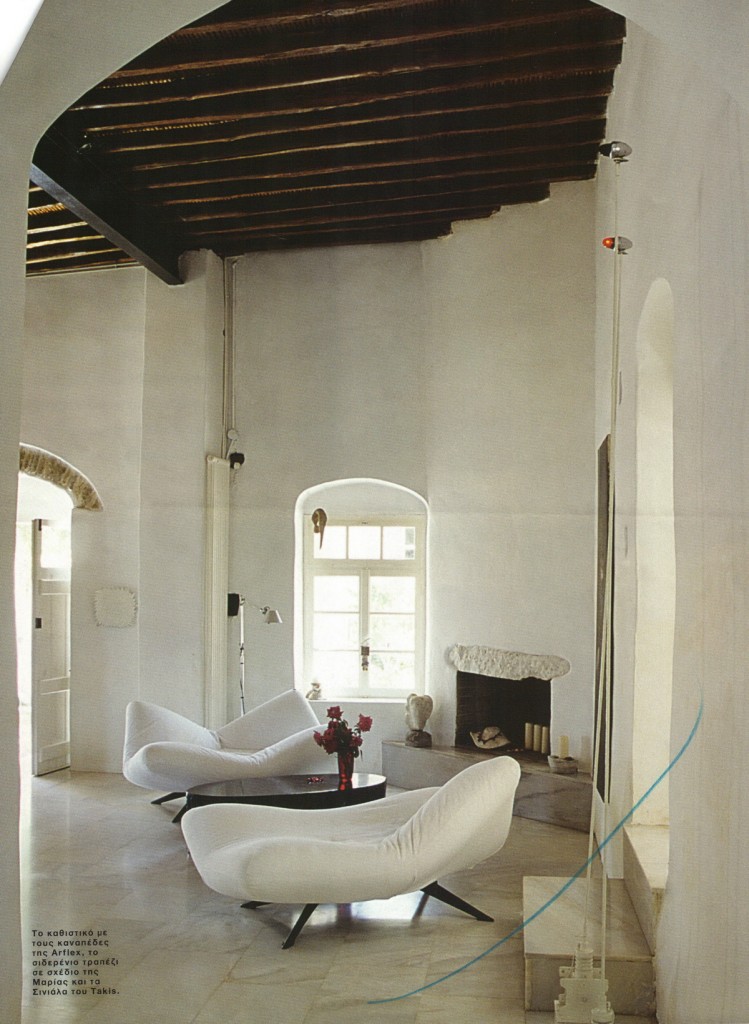