On Thursday, June 3 at 8 p.m. Maria Demetriades opens the exhibition in Medusa Art Gallery with a selection of the best works from the 2010 season.

In the paintings of the “Room with a view” series Nikos Vlachos adopts an expressionistic approach, using thick off-white oil paste which he then scores violently in his wish to point out that the line denudes and ‘reveals’, unlike the paint which ‘covers up’.
The works, oils and drawings on paper and mostly anthropocentric, deal with the painful fact of existence with reference to Sartr’s Nausea, although they do not constitute an attempt at illustrating the text. The absence of a credible space and the lack of perspective generate a feeling of anxiety and alienation.

Barbara Mavrakaki, continuing her never-ending artistic quest, reaches here yet another unexpected turning point in her journey and, full of surprise herself, shares with us the new place she has discovered.
The space she organises, open or closed, is open to many diverse interpretations and can be ‘inhabited’ in different ways by each viewer.
The materials she employs are new to her: plaster on large panels of stainless screen and light, natural or artificial, which is called upon –as an ally pand sometimes as an accomplice– to invest these works with both content and mystical aspects.

(*) Using such diverse materials as Plexiglas, iron, polyester and steel, Vassilios Michail, creates series of geometric shapes and mathematically constructed objects. As we contemplate the shiny surfaces of the sculptures, our desire for the space turns like a kaleidoscope into a desired space. It is not only the diffraction of light on the shapes, which are formed by architectural, local or symbolic references, but also their expansive, imposing and precisely calculated installation.

(*) This is an excerpt from the press release about the exhibition “Bijection”, written by J.Emil Sennewald
Duration: 3 June – 30 October 2010

The Medusa Art Gallery will be closed on Saturdays between June 3 and July 31 as well as throughout August. 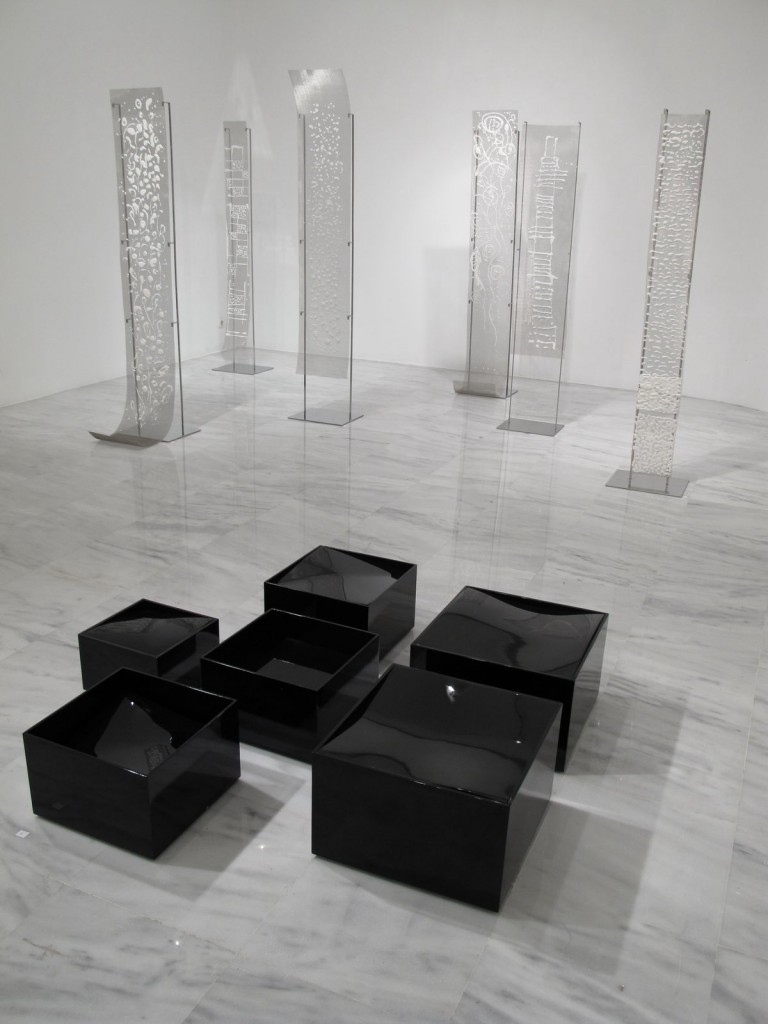 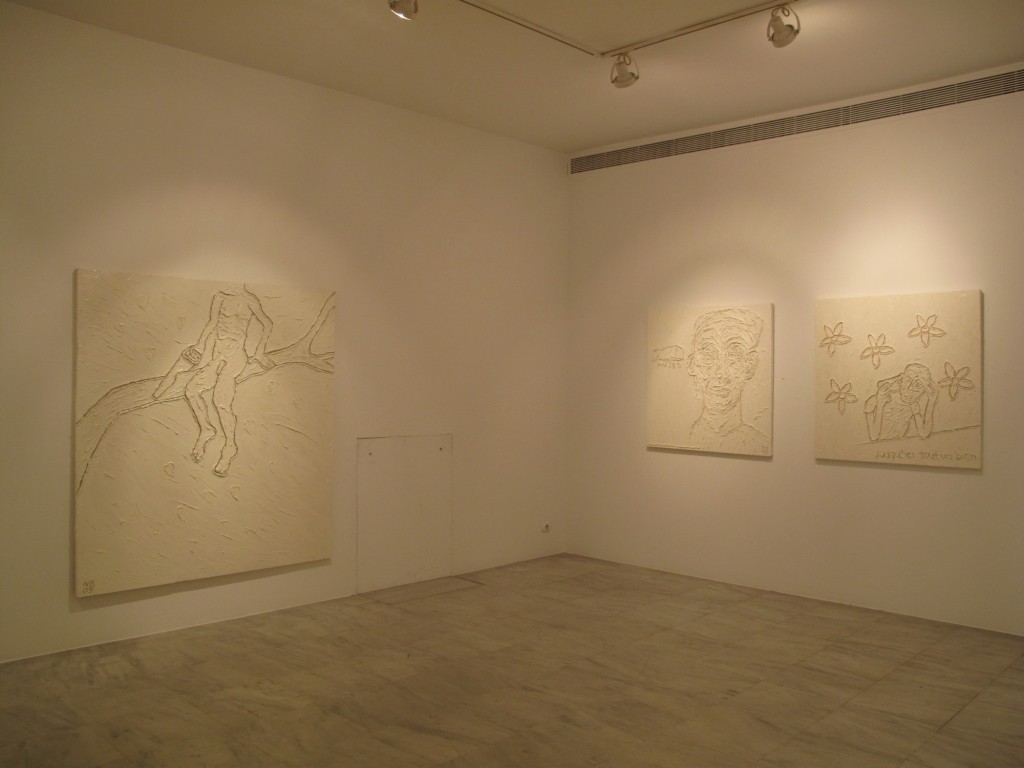